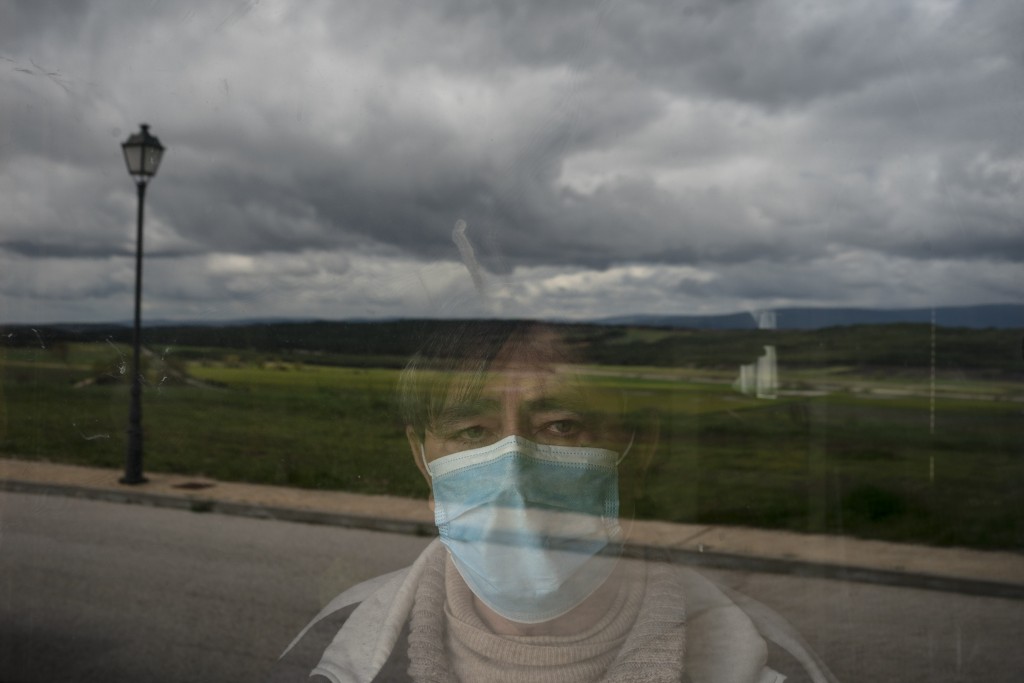 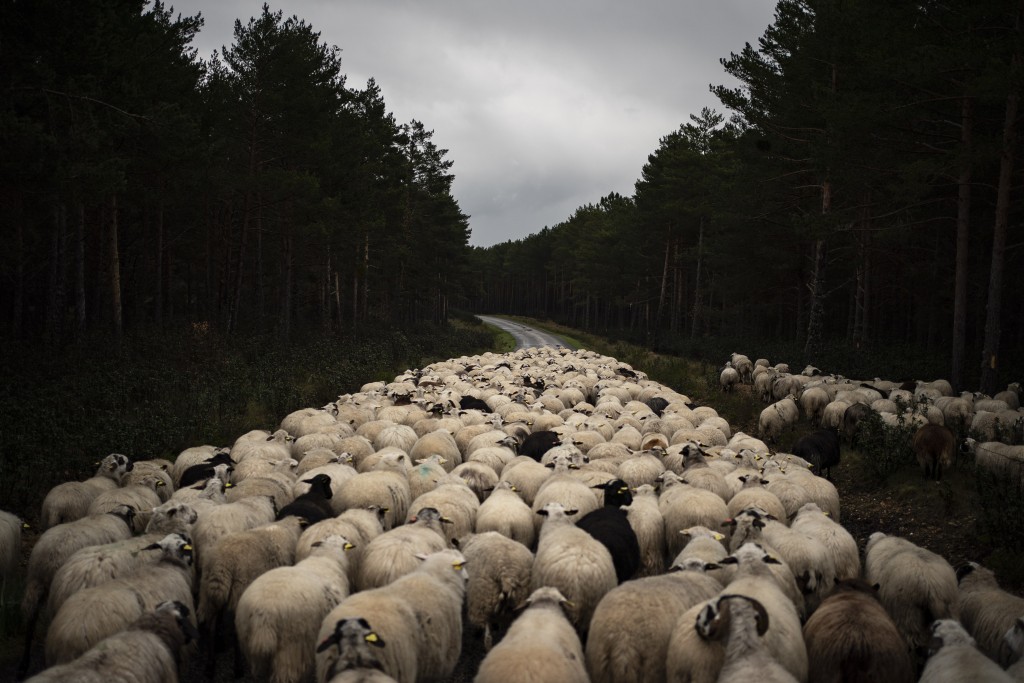 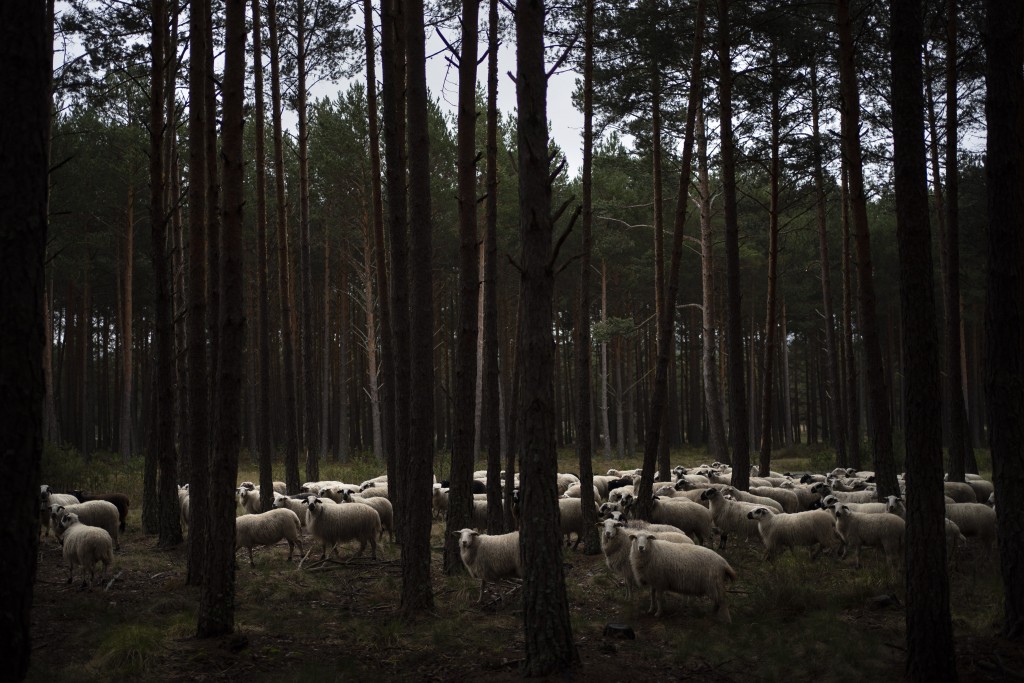 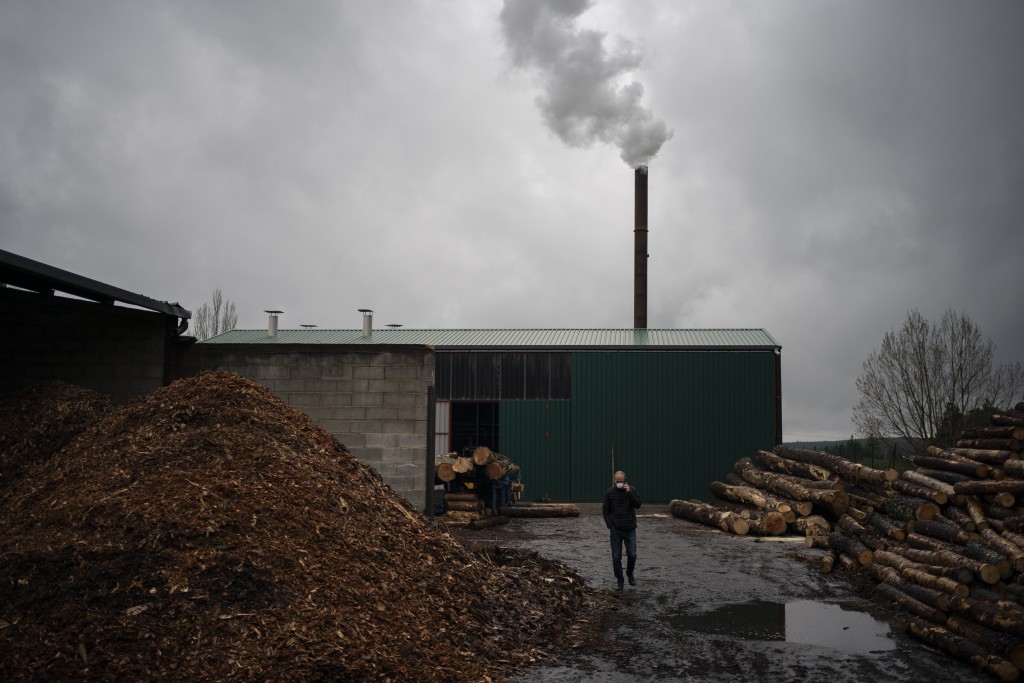 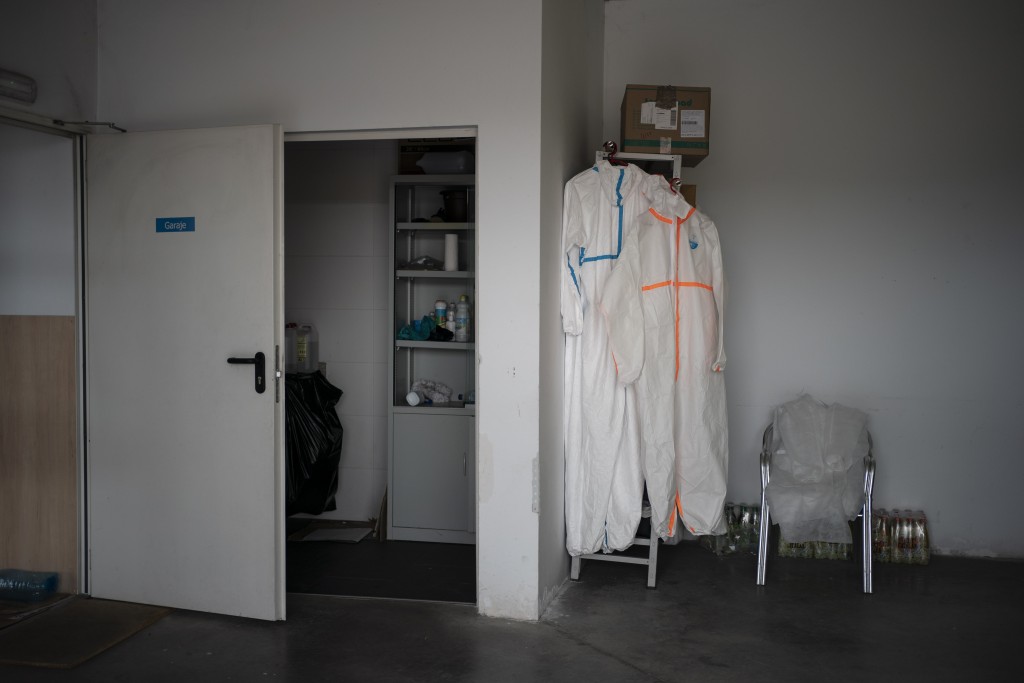 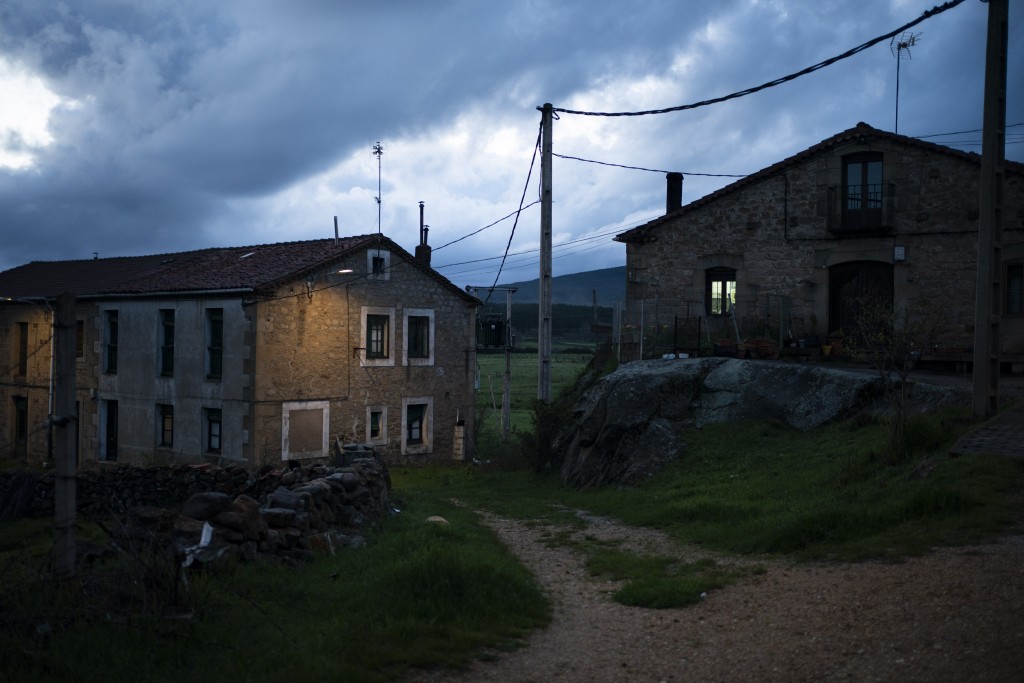 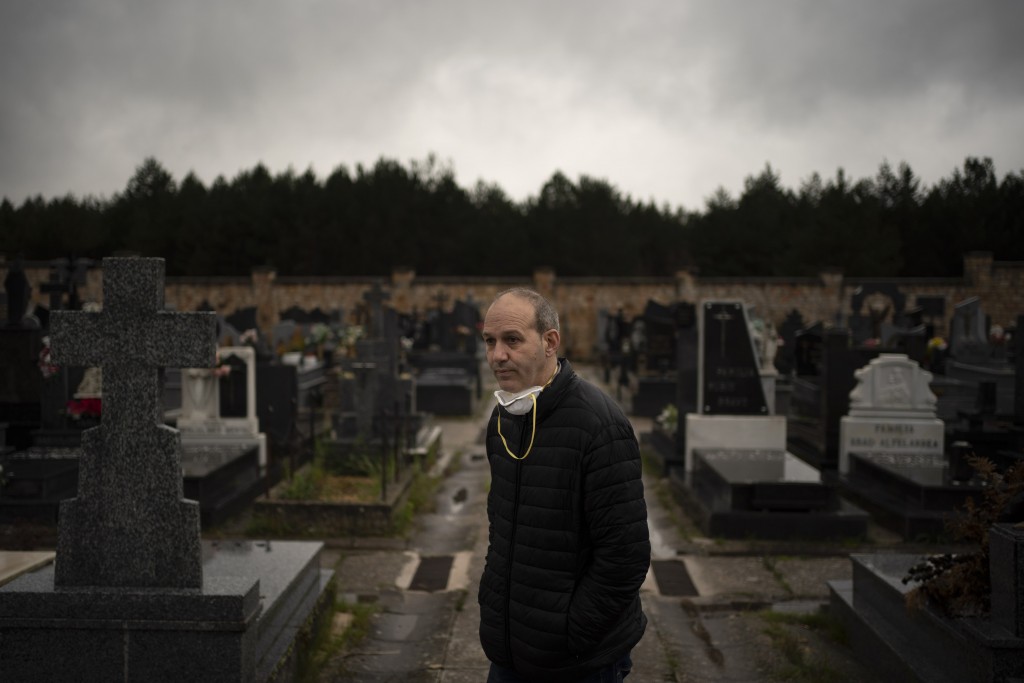 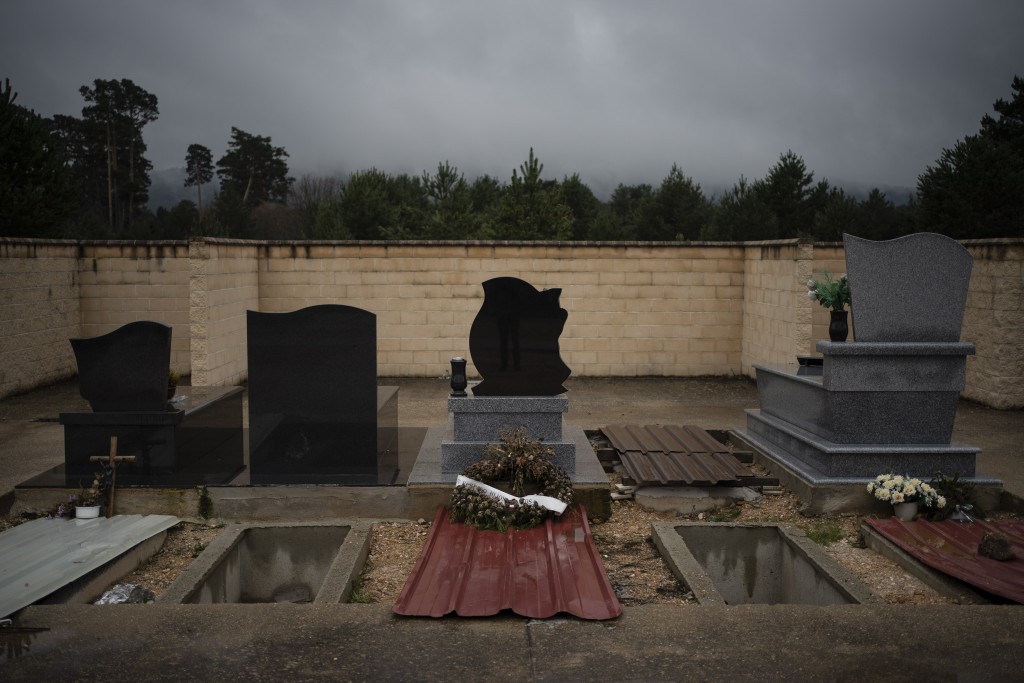 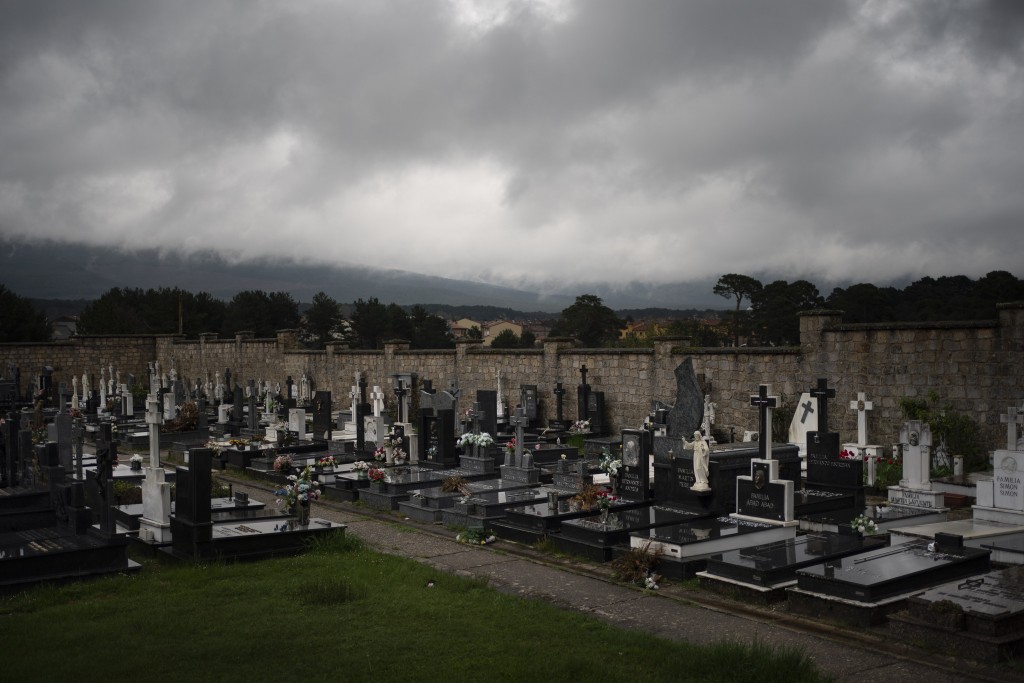 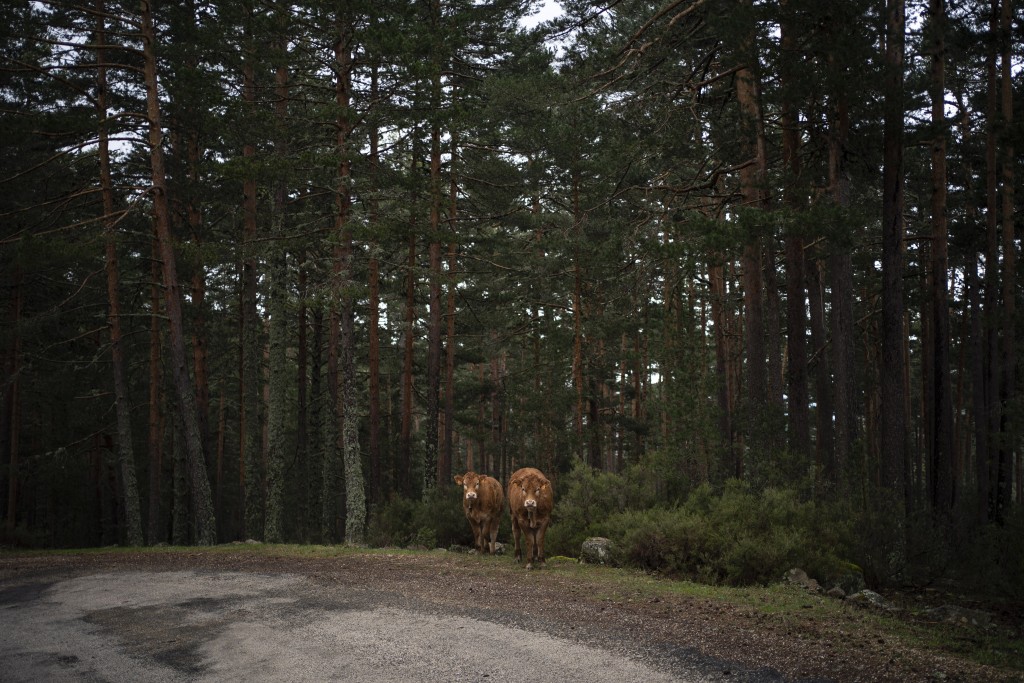 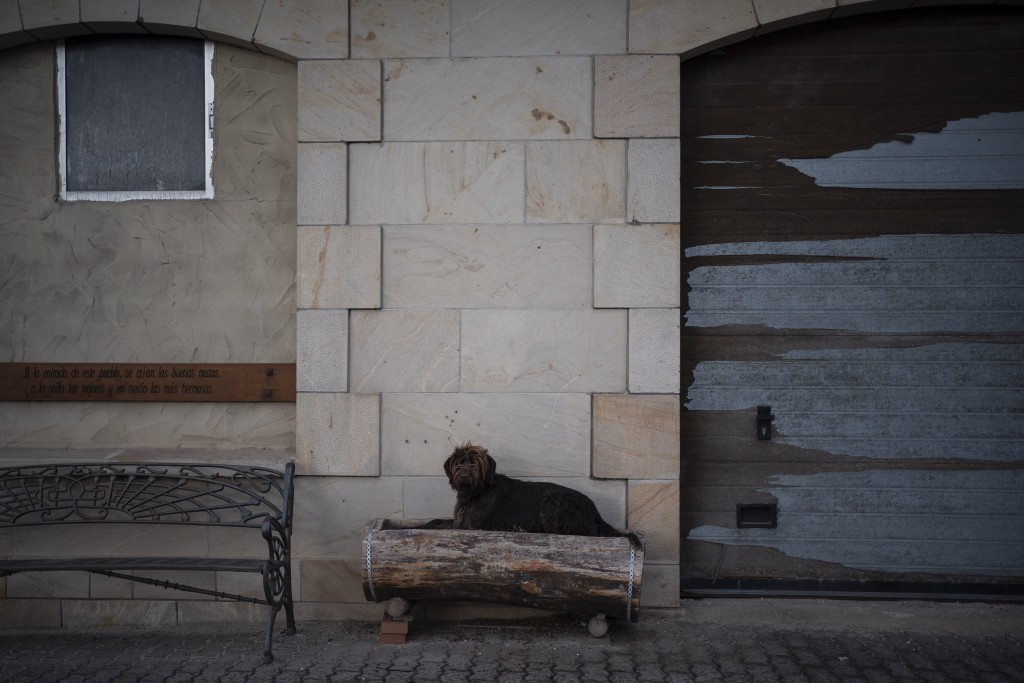 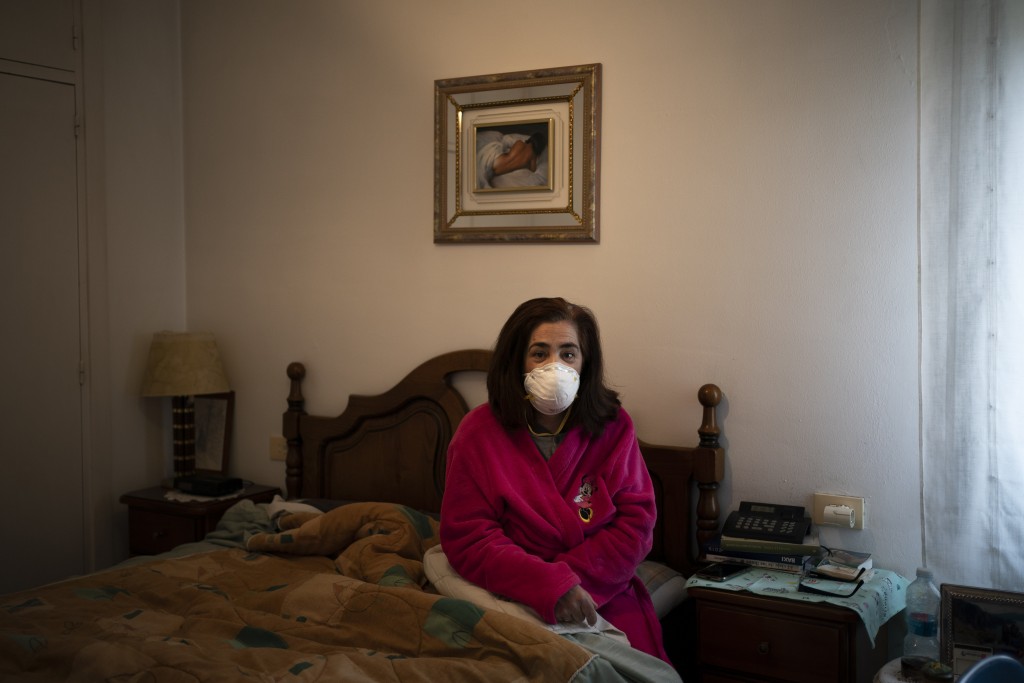 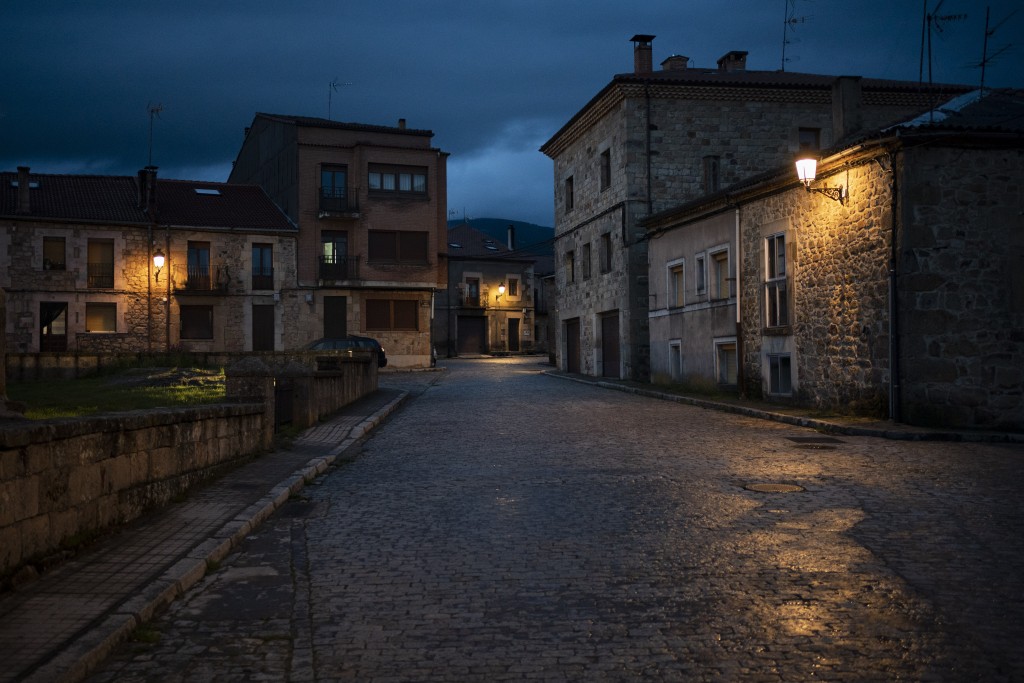 DURUELO DE LA SIERRA, Spain (AP) — When someone dies in tightly knit Duruelo de la Sierra, the whole community walks from the church service to the cemetery, accompanying the deceased to their final resting place. In times of pandemic, just a few relatives are allowed.

“You are used to seeing a funeral with lots of people,” said Alberto Abad, a 54-year-old carpenter who’s also the mayor and sees the virus as tearing at his town’s social fabric. “It touches you because you know all the people who live here.”

Spain has been one of the hardest-hit countries in the pandemic, with over 25,400 confirmed deaths, according to a tally by Johns Hopkins University. But while Madrid has been the epicenter of the suffering, each death in the countryside is a sorely felt blow for struggling villages.

Duruelo de la Sierra lies in Spain's north-central province of Soria, one of Europe’s most sparsely populated areas, home to shrinking communities amid a landscape dotted by abandoned villages. Many in these dwindling villages and towns thought their sparse populations would shield them from the coronavirus pandemic.

On the contrary: Soria's relatively high percentage of older adults and limited health care resources created conditions for COVID-19 to have a particularly devastating impact on communities that even before were struggling to survive.

The numbers, while imprecise due to the scarcity of testing, tell the tale: Provincial authorities reported on April 22 that 1.52% of Soria’s population was infected, compared with 0.44% for all Spain, and the province had a virus death rate of 1.08%, more than twice the national level of 0.46%. Officials calculate there were at least 500 overall deaths in Soria since the start of the outbreak in April, compared with a previous average of 83 per month.

“In less populated areas, transmission is slower, but when it hits, it hits,” said Fernando Simón, Spain’s leading health official on the virus.

Duruelo de la Sierra, a lumber town of 1,000 that's fighting to stave off extinction from depopulation, is surrounded by green hills of pine forests, cows and sheep as well as the stone remains of forgotten homesteads.

Abad, speaking to The Associated Press among the gravestones in the town's cemetery, said March 24 will be remembered as the “darkest day” in many years. On that Tuesday, four residents were hurriedly buried or cremated.

Duruelo de la Sierra usually sees one or two deaths per month and about 20 in a year, according to the mayor. From Feb. 26 to April 2, there were 13. Five of the dead had tested positive for the virus and others are suspected of having contracted it.

“Never, never before in the memory of Duruelo had the village bid farewell to four neighbors on the same day,” Abad said.

Similar tragedies are playing out throughout Soria and other parts of Spain’s rural interior.

In Cabrejas del Pinar, Soria, a hamlet of 380, nine people, or over 2% of the population, have been lost to the virus.

Eusebio Soria, who is now recovering at home in the village, said his doctor diagnosed him with the flu, but when his fever wouldn’t go away it became clear he had COVID-19.

“I thought it was out there but that it hadn’t yet arrived here,” he said.

Some locals believe that people from Madrid, less than three hours’ drive to the south, could have brought the virus when they visited their second homes.

The province's population has plummeted since 1950, when it had 160,000 inhabitants, with many young people leaving for better educational and job opportunities in Madrid and other big cities. Of Soria's 186 municipalities, 116 now have fewer than 100 people.

Today all 88,000 Sorianos would not even fill the stadium of soccer club FC Barcelona. With 23 people per square mile (8 people per square kilometer), it is among the least densely peopled places in Europe, comparable to areas of Finland and Scotland’s Outer Hebrides.

Health authorities say demographics — 10% of the residents are over 80, four points above the national average — made Soria more vulnerable to the virus, which is more dangerous for older people and those with previous health conditions.

Abad, who contracted coronavirus himself and recovered at home, said three medical workers at Duruelo de la Sierra’s clinic were not immediately replaced after they were sickened by COVID-19 and had to stop working.

Things were even more dire in Tardelcuende, population 355. Mayor Ricardo Corredor said when its only doctor fell ill, the local nursing home went without proper medical attention for several days. All 21 residents at the home were infected and seven died.

Soria’s lone hospital had eight ICU beds before the crisis. That was increased to nearly 30, but some patients still had to be transferred to hospitals in other provinces and Madrid sent in medical workers.

“When 500 people die in Soria compared with the monthly average of 83, you have to face the truth. It has a psychological and economic impact,” said Carlos Martínez, mayor of Soria’s eponymous provincial seat. “Health care cannot depend on an act of generosity.”

Mercedes Pascual, a caregiver at a nursing home in Duruelo de la Sierra who has spent over a month and a half quarantined at home after being infected, called the isolation depressing and said the aftermath promises to be bleak.

“In the village we all know each other, we are family or friends,” Pascual said. “We are very sad to see how they have died. When things get back to normal, it will be difficult to accept it and see the void they have left.”