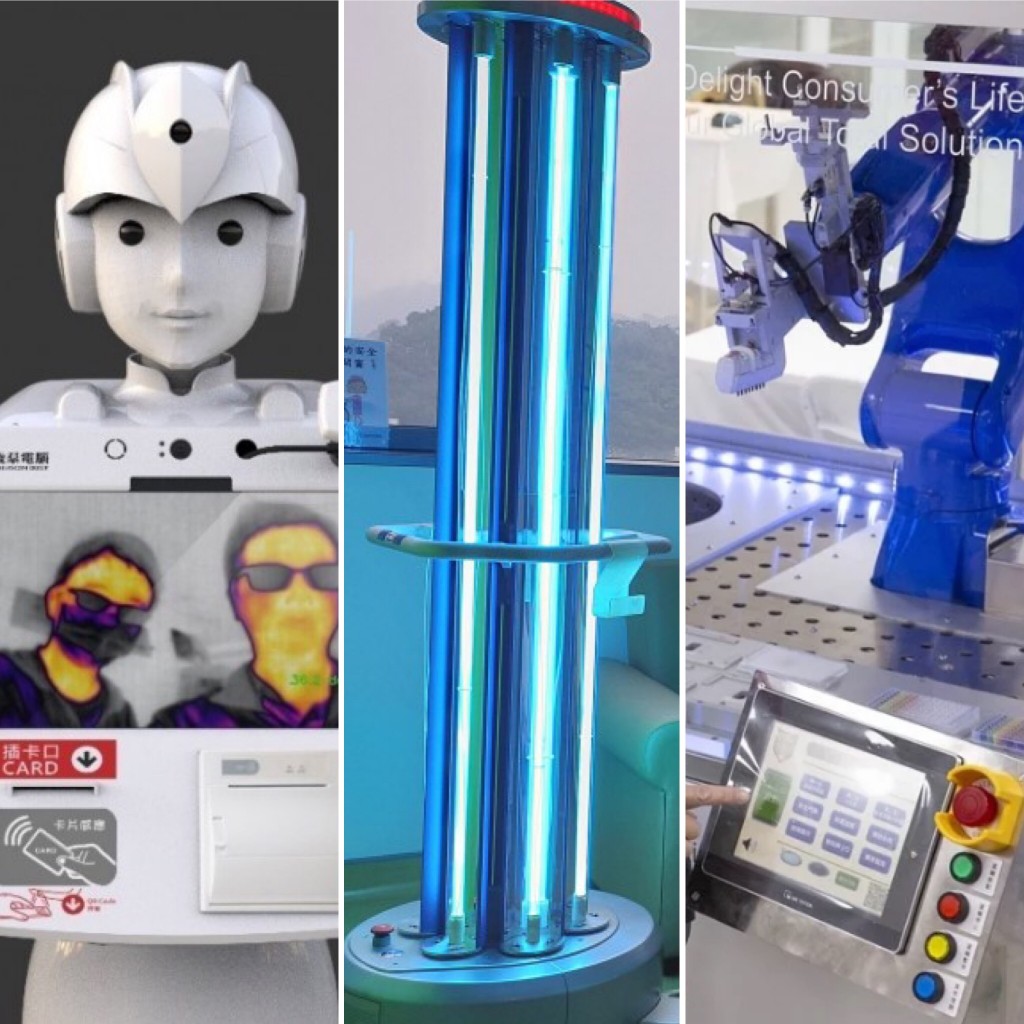 TAIPEI (Taiwan News) — As Taiwan gains attention worldwide for taking swift action to protect its citizens from the coronavirus, such as by assembling 90 mask production lines within three months, the island country's advancements in combining artificial intelligence (AI) with robotics, designed to contain the COVID-19 outbreak, also deserve the spotlight.

To reduce the risk of frontline medical staff contracting the virus, The Syscom Group has improved its robots by enabling them to measure body temperatures and remind people to put on a mask. The machines' temperature scanners will sound the alarm when hospital visitors or employees with a fever (above 37.5 degrees Celcius) pass by.

Developed and manufactured in Taiwan, the temp-taking robots can perform multiple tasks, such as identifying and tracking faces, ticket printing, remote monitoring, video conferencing, and working as a tour guide. A Taiwanese company's bacteria-killing ultraviolet (UV) light robot is seeing a surge in demand abroad as the pandemic rages on. The 254 UVC disinfection robot has a patented, rotating protective reflector that allows efficient sanitization of coronavirus-prone areas.

Mediland launched the robot in 2016, and it is believed to be able to deactivate the DNA and RNA of coronaviruses, including the novel coronavirus, in five minutes within a radius of 5 meters. The robot has already been shipped to several other countries, including Portugal, India, and Romania. TCI Gene recently rolled out the world's first robotic virus scanner, which can screen for the virus seven times faster than existing methods and with 99.9 percent accuracy.

The robot was jointly developed by the company and the Ministry of Health and Welfare in merely two months on the back of several patented technologies from other Taiwanese companies.

It can run 24 hours a day, seven days a week. TCI Gene said each robot can carry out 900 tests a day, meaning that just four of them can meet the nationwide demand for coronavirus testing.