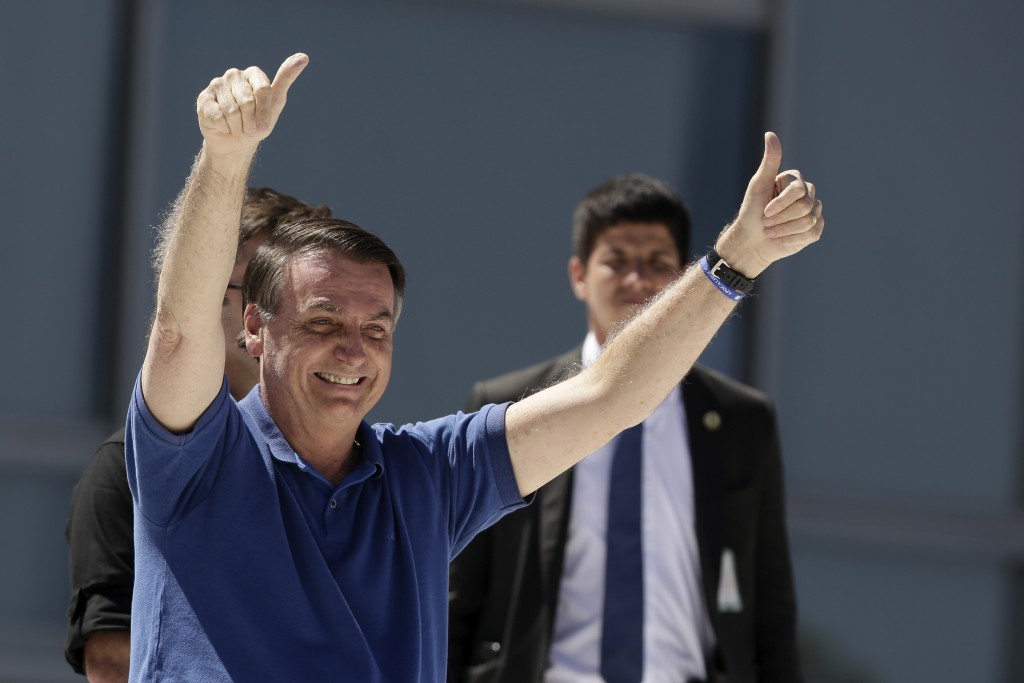 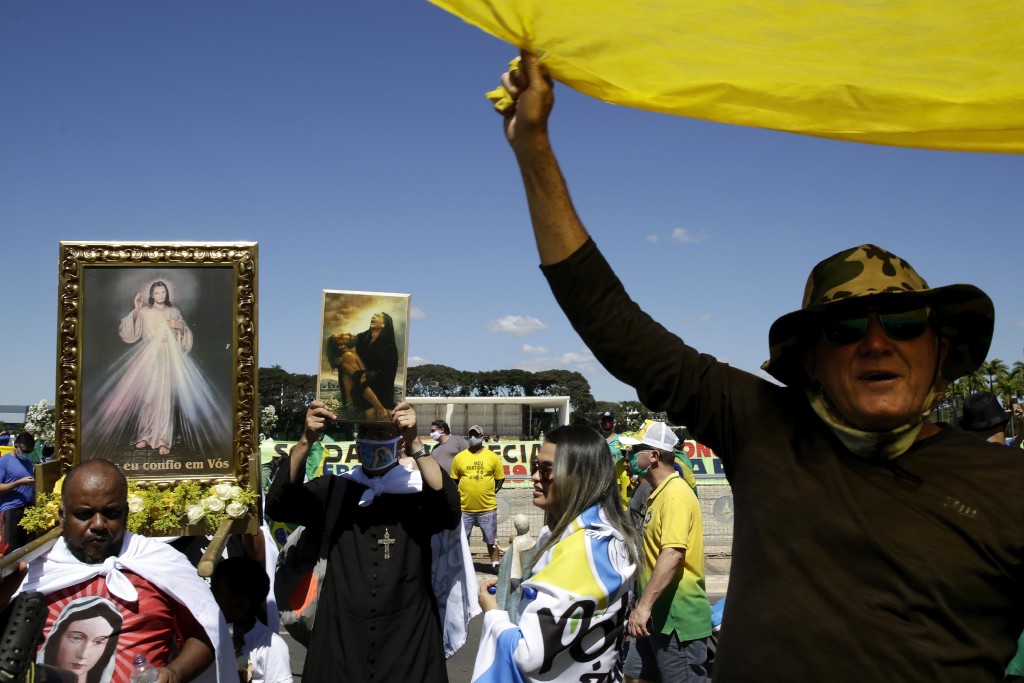 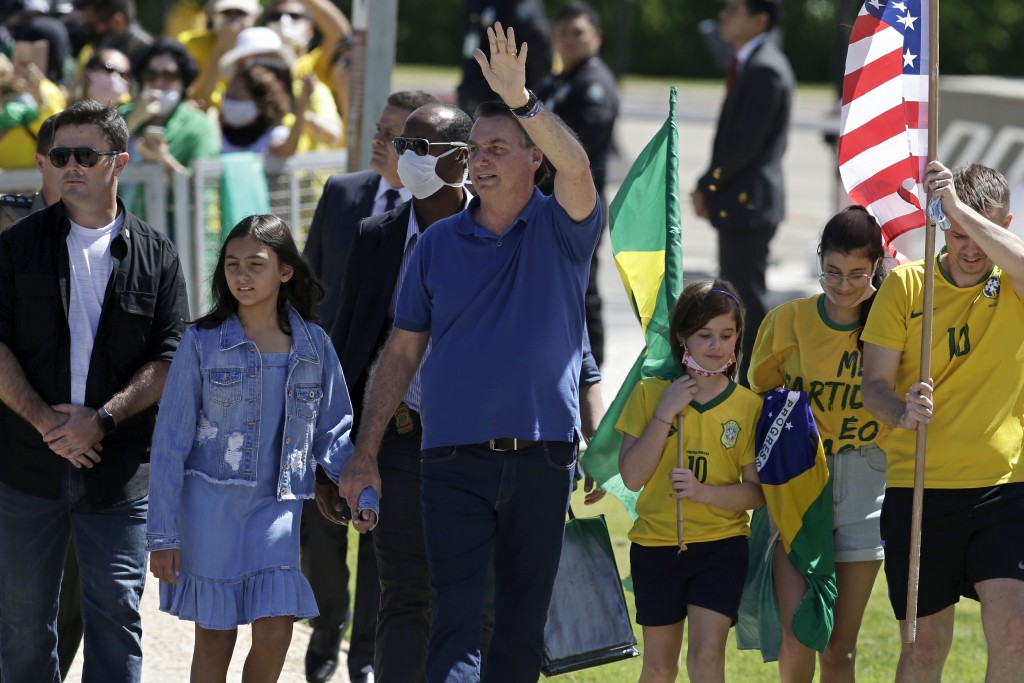 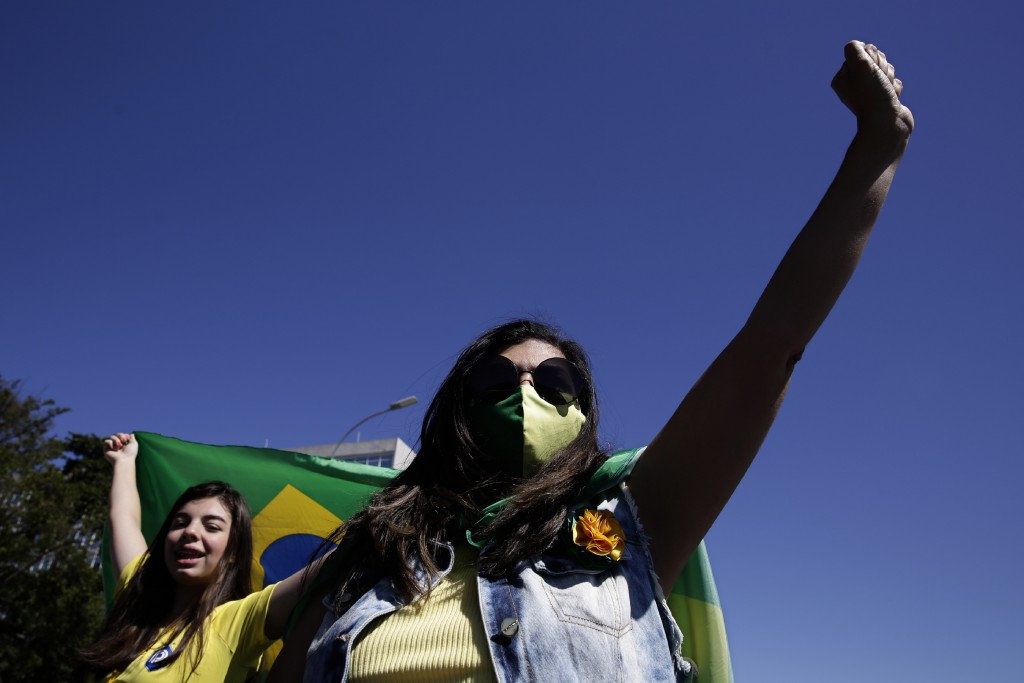 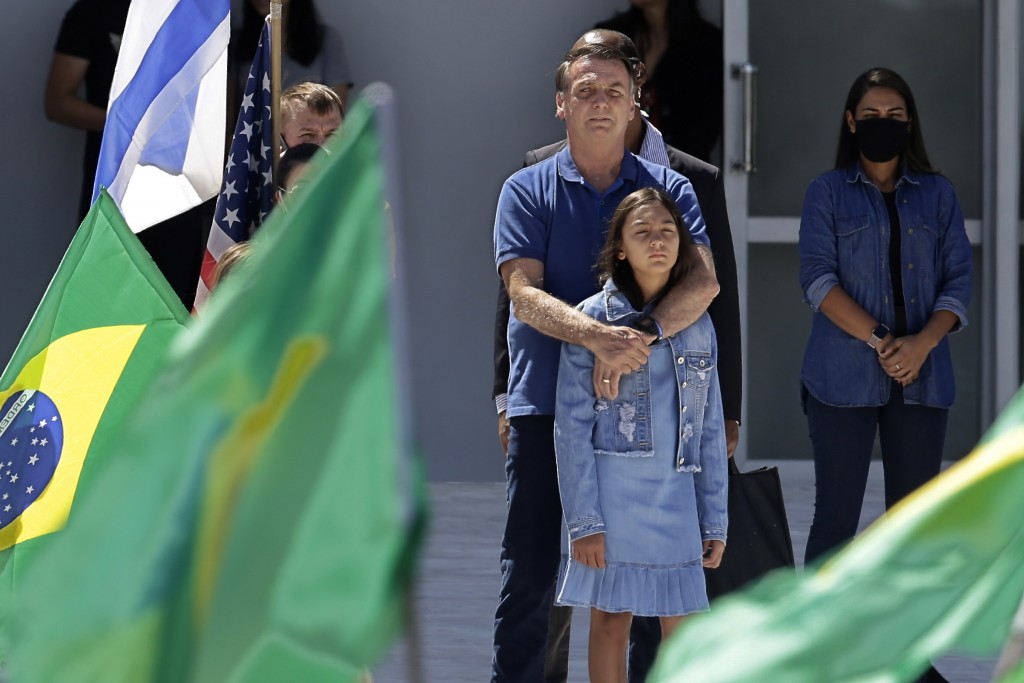 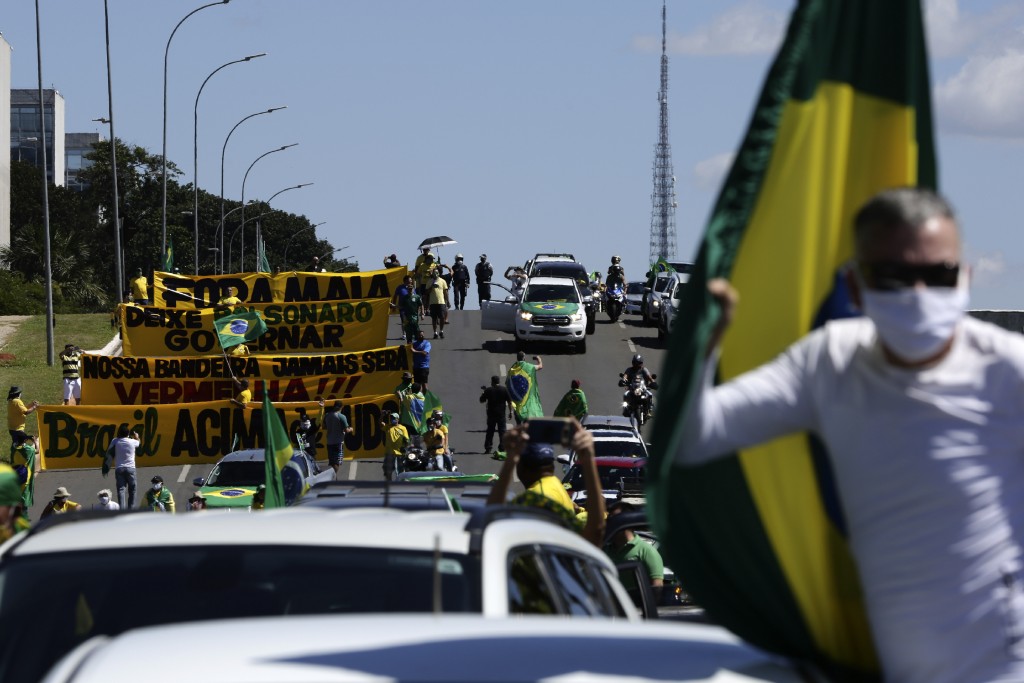 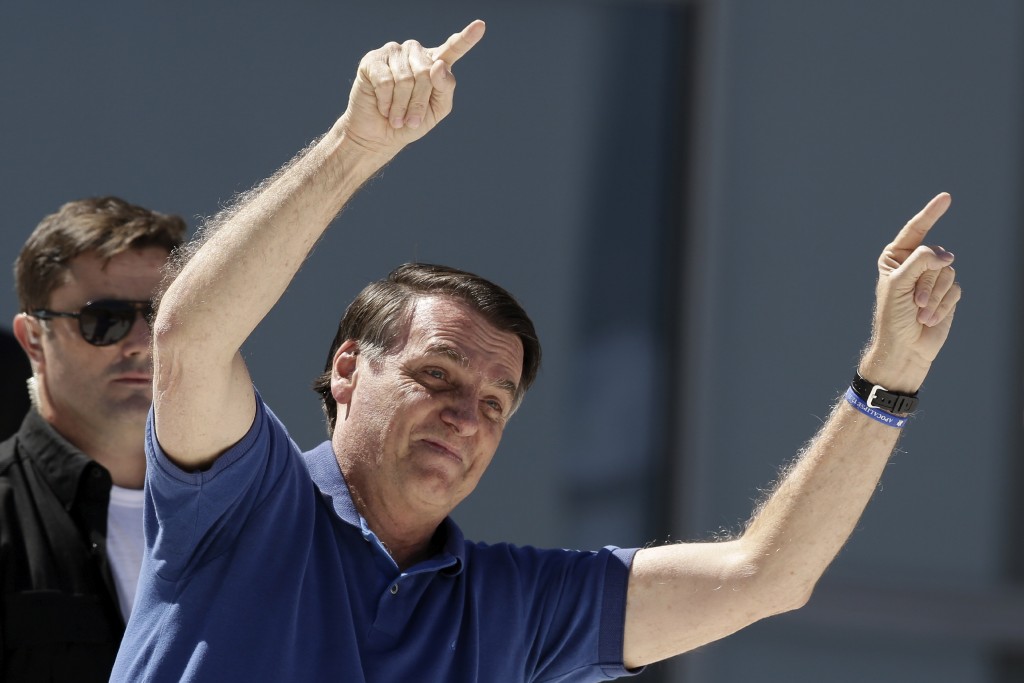 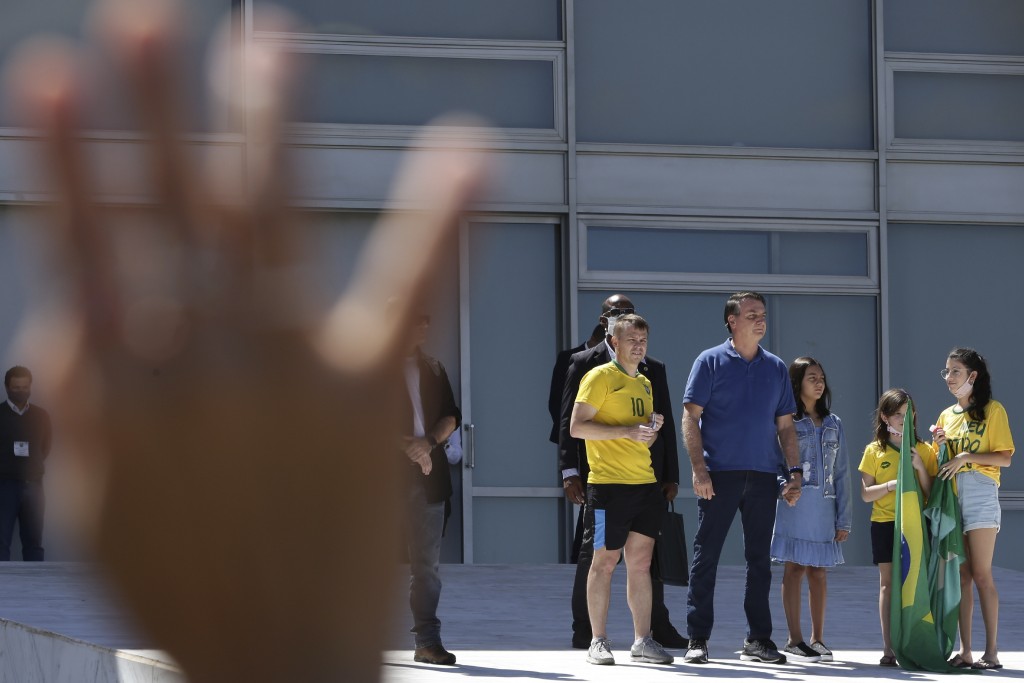 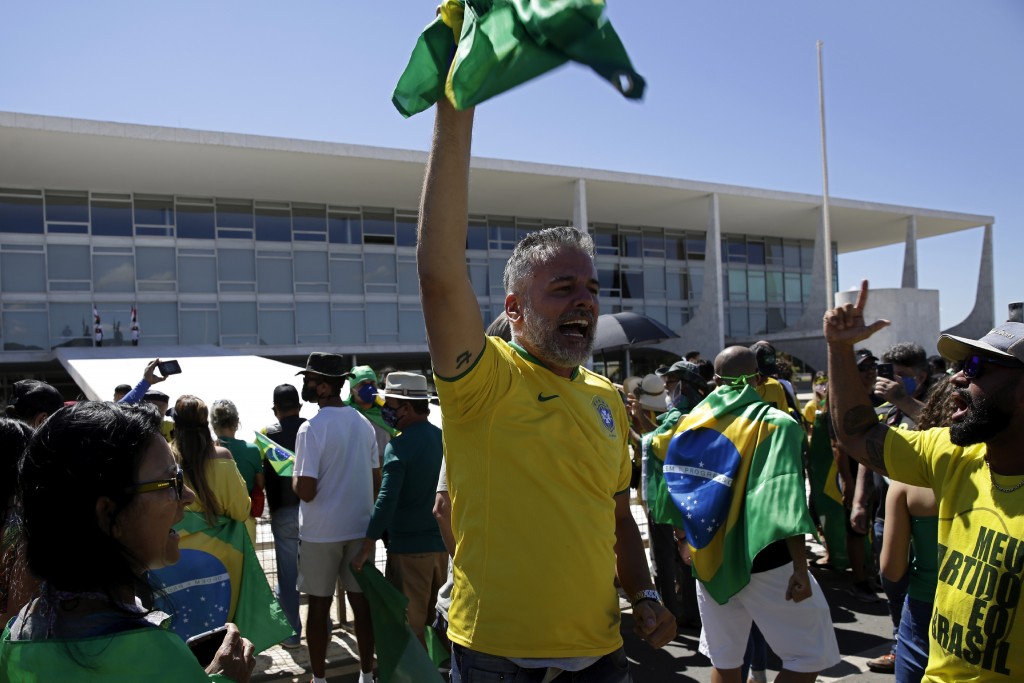 RIO DE JANEIRO (AP) — Brazilian President Jair Bolsonaro says he twice tested negative for the coronavirus but many, including a federal judge, are demanding he share the actual results. Still, the leader has refused.

The surreal standoff is the latest flashpoint in a broader battle between a president who has repeatedly tested the limits of his power and democratic institutions. There are concerns that as Bolsonaro pushes back, it could spark a constitutional crisis.

Bolsonaro has consistently downplayed the coronavirus pandemic and has fiercely criticized efforts by governors and mayors to impose measures to control the virus' spread, instead advocating for most people to get back to work.

But the courts have repeatedly curtailed him — on this issue and others: They ruled that governors and mayors have the power to determine shutdown measures, overturned the president's decree allowing religious gatherings, are trying to force the release of his COVID-19 test results to put to rest speculation he may have lied, and recently struck down his pick for federal police director.

Bolsonaro’s supporters have denounced the decisions as part of a plot to derail his presidency, and the president himself says he is a victim of meddling by obstructionist judges.

“Enough with the interference. We’re not going to allow any more interference!” Bolsonaro said on Sunday. “Patience has run out. We’re going to take Brazil forward.”

Analysts say the court decisions impose constraints on a populist who is testing democratic guardrails and has shown he is not afraid to take his legal battles to the street when he is unhappy with the courts.

Bolsonaro and his base have frequently lambasted the courts when they limit his power. They have decried, for instance, one justice’s recent decision to block the nomination of a new chief of the federal police, seen by many as too close to the Bolsonaro family.

Even some critics, including former President Luiz Inácio Lula da Silva, believe the Supreme Court overstepped in that instance.

The highest court also approved the opening of an investigation into whether the appointment constituted illegal political interference.

The fight over his coronavirus test results has produced a particularly unusual chapter. Concerns about Bolsonaro's health began in March, when the president returned from the U.S., and local media reported in the weeks that followed that more than a dozen members of his delegation tested positive for the coronavirus.

Initial unconfirmed reports indicated Bolsonaro had tested positive himself but then he announced on social media his results had come back negative. He has refused to produce the actual document, citing medical privacy.

Last week, a federal judge in São Paulo ordered Bolsonaro to present the results in response to a request from the O Estado de S. Pãulo newspaper. Bolsonaro’s attorney-general instead sent a summary of the results, the office said in a statement. The judge again insisted on the actual results, and a separate judge on Saturday gave Bolsonaro's team five days to comply.

Bolsonaro has also further muddied the waters recently. Following the lawsuits, he said last week he had “perhaps” contracted the virus without knowing it.

All the while, Bolsonaro has kept appearing in public without a mask, addressing crowds and shaking well-wishers’ hands — on one occasion, after wiping his nose.

Bolsonaro’s support among a core base has long seemed nearly unshakable. While a positive result might not challenge that, it would likely erode support from moderates – the portion of people who are not die-hard but believe his policies are reasonable, said Lucas de Aragão, partner at the Brasilia-based consultancy Arko Advice.

“All this creates an environment of institutional crisis," said Carlos Melo, a political science professor at Insper University in São Paulo. "Constitutional crises are complicated because when institutions no longer resolve controversies and conflicts, then who does? The use of force?”

As the political and economic crisis deriving from the pandemic deepens in Brazil, Bolsonaro might try to further discredit democratic institutions, looking for someone to blame to weather the storm, analysts said.

“This is why he is bashing the governors and judiciary,” said de Aragão. “The Bolsonaro government and his most influential advocates are always looking for a common enemy, because this creates a sense of community among supporters.”

Some of that can already be seen unfolding. Over the weekend, Bolsonaro’s core base made the hashtag #CoupFromTheSupremeCourt trend on Twitter in Brazil. Meanwhile in the capital of Brasilia on Sunday, protesters shouted slogans such as: “Careful, Justices, your robes will turn into handcuffs.”

“We want our president to be able to govern,” Bia Kicis, a lawmaker who appeared next to Bolsonaro on Sunday, said in a live broadcast on the president’s Facebook page. “Our people are not going to let (Supreme Court) Justices, with the stroke of a pen, prevent our president from governing!”

Experts said the president was playing a dangerous game by taking his legal battles to the streets. “Why not appeal? Why go to the streets?” asked Melo. “This is populism. It's not understanding the constitutional appeals process in the country.”