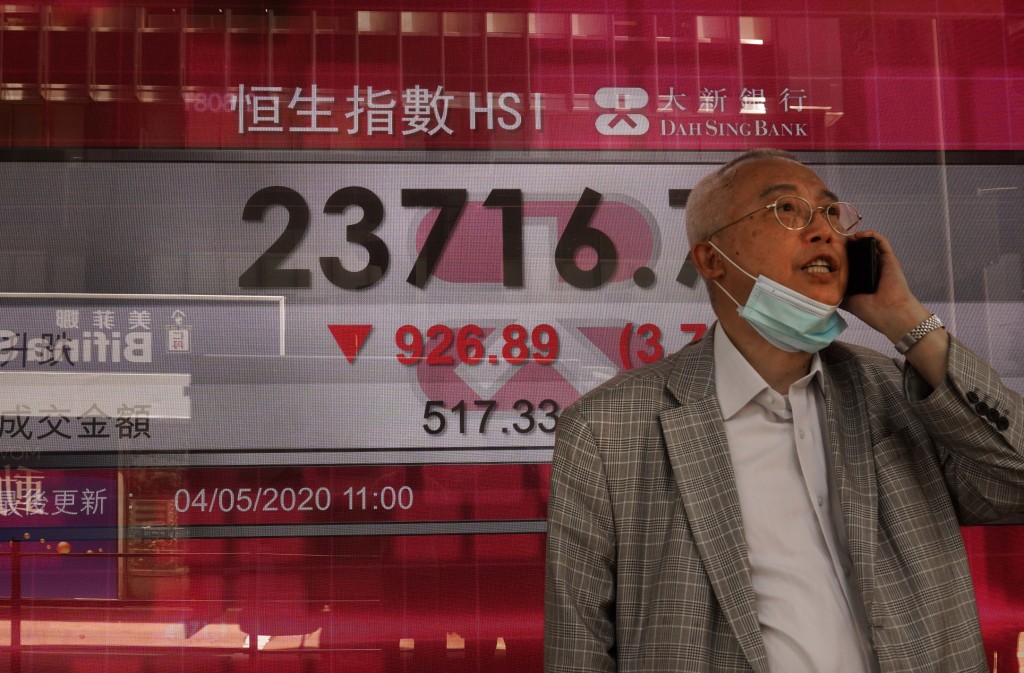 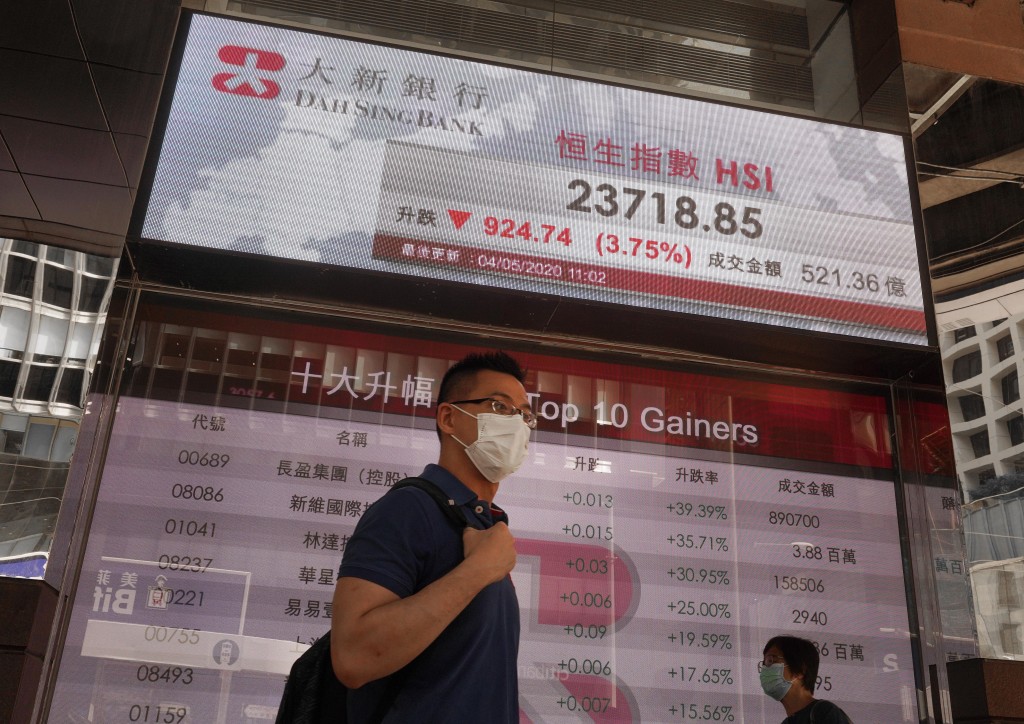 BANGKOK (AP) — Shares skidded in Asia on Monday as investors eyed rising tensions between the Trump administration and China over the origins and handling of the coronavirus pandemic.

Facing criticism over his handling of the crisis, President Donald Trump has tried to shift the blame to China. Beijing has repeatedly pushed back on U.S. accusations that the outbreak was China’s fault.

Markets in Hong Kong and India fell about 4% on Monday, and other regional markets also were lower. Trading was halted for holidays in mainland China, Japan and Thailand.

Stocks closed broadly lower on Wall Street on Friday after disappointing results from Amazon and other big companies drove home the damage to the economy from the pandemic.

“The renewed possibility of the return of the trade war that had plagued markets since at least 2017 once again weighed on sentiment," Jingyi Pan of IG said in a commentary.

Tensions over the pandemic and threats to hit back with trade sanctions have amped up risk, Mizuho Bank said in a report.

“Even as growth-stifling containment measures are set to be phased out in May, the global downturn looks to deepen in Q2," it said, adding that anti-China threats from Trump, on top of record job losses, may result in a continuation of the “Mayday” type of fear dynamics.

Wall Street has been bracing for a poor showing by companies this earnings season due to the economic shock from the coronavirus. Many companies have pulled their earnings guidance for the rest of the year, citing uncertainty about how much of an impact the outbreak will have on their business and the economy, which is now in a recession.

Bleak trade and manufacturing data are also discouraging investors on the lookout for upbeat news on steps to stop the pandemic and prevent a resurgence in cases in places that are beginning to reopen after shutdowns.

The outlier was Australia, where the S&P ASX/200 gained 1% to 5,296.00, rebounding from early losses on gains in miners and banks.

A 4-page Department of Homeland Security intelligence report dated May 1 and obtained by The Associated Press contends that Chinese leaders “intentionally concealed the severity” of the pandemic from the world in early January.

It alleges, citing variances in trade patterns, that China was downplaying the severity of its outbreak, first reported in the central Chinese city of Wuhan, while stockpiling medical supplies.

China did muffle doctors who warned of the virus early on. But it informed the World Health Organization of the outbreak on Dec. 31; contacted the U.S. Centers for Disease Control on Jan. 3 and publicly identified the pathogen as a novel coronavirus on Jan. 8. Many of its missteps appear to have stemmed from bureaucratic hurdles. There is no public evidence of an intentional plot to buy up the world’s medical supplies.

Benchmark U.S. crude oil fell 69 cents to $19.09 per barrel in electronic trading on the New York Mercantile Exchange. It gained 94 cents on Friday to $19.78 per barrel. U.S. crude has plunged from its perch of roughly $60 at the start of the year on worries about a collapse in demand and strained storage facilities. Brent crude, the international standard, added 1 cent to $26.45 per barrel.