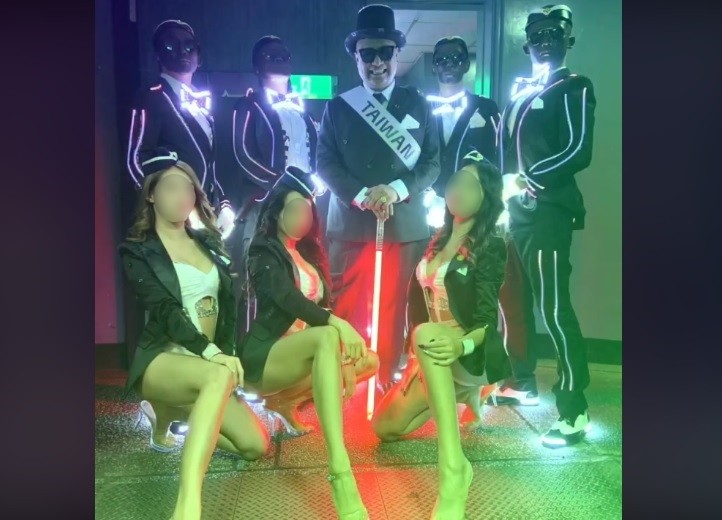 TAIPEI (Taiwan News) — A video surfaced over the weekend of a Taiwanese dance crew performing a routine in blackface in a Taipei nightclub that also has an entry policy that discriminates against foreigners.

On Saturday (May 2), a video appeared on TikTok showing the dance troupe Luxy Boyz imitating a Ghanian "Coffin Dance," a viral online meme in which pallbearers gyrate to a beat as they carry a coffin on their shoulders. However, in this case, the Taiwanese dancers took the extra step of applying dark-colored makeup to perform in blackface.

A foreign PhD student at National Chung Hsing University (NCHU) who is of African descent spotted the video and shared it on his Facebook page on Sunday (May 3). In his post, he wrote that four Taiwanese men had worn blackface while recreating an African dance and responded by saying, "Not sure if I should be surprised." He then wrote the following statement:

"Being unaware of history and race-related matters, even if they happened in the West, can only be an excuse for so long. It’s 2020, dunno how much longer they think they can play the ignorance card."

In the video, four men of Asian descent rise up from beneath the stage dressed as bellboys with brown makeup crudely smeared on their faces and sunglasses covering their eyes. Ironically, a number of foreigners can be seen dancing with glee in the crowd. Dancers in blackface rising up from below stage. (TikTok video screenshot)

In front of center stage is a man who appears to be of African descent and at first is dancing enthusiastically. However, after a Caucasian friend points at the dancers, his mood appears to change and his friend seems to try to console him.

Many comments below the PhD student's post were apologetic and called on Taiwanese society to become better educated about racist practices such as blackface. "I apologize on behalf of some ignorant Taiwanese peoples," wrote one Taiwanese netizen.

Another Taiwanese wrote: "I apologize that I wasn't aware that this has been problematic and racism at first. Honestly, though the Taiwanese society has excelled in most hardware or political aspects, the moral values and the sense of consideration of most people still need to progress." A foreigner then responded by saying, "We love Taiwan, and there is no anger to be had. Yes, it is ignorance, but it's so widespread it's almost like an institutionalized purposeful gap in education about the world at large. It's not any individual's fault." In an apparent advertisement for the blackface performance, a nightclub located on Zhongxiao East Road, Section 4 in Taipei City's Da'an District on Friday (May 1) posted an image of the dance group dressed in blackface. Since April 24, the nightclub has been enforcing a discriminatory policy requiring all foreigners to present their passports and proof of the date of entry, without asking the same of Taiwanese customers.

After Taiwanese YouTuber Louis Li (李育群) posted a blackface video in 2018, Gabriel Carranza, an African American vlogger who goes by the handle Blaxican, created his a response video, which he posted on YouTube and Facebook with both English and Chinese subtitles. In the video, Carranza points out that blackface has been used to dehumanize, suppress, and stigmatize African Americans and says that "It's impossible to separate blackface from my people and its history."

Carranza then explained that in the past, African Americans in Hollywood films were limited playing to roles of servitude such as maids, butlers, or slaves. He compared Li's blackface appearance on YouTube to Hollywood's historical use of blackface, in which white actors played African Americans in highly stereotyped, exaggerated roles, such as a "rapist, a burgler, or a thief. An overall buffoon, just a stupid ignorant person." Taiwan News contacted Luxy Boyz for comment but has yet to receive a response.

The controversial version of the dance performed in blackface:

Another version of the dance performed without blackface makeup:

At this nightclub in Taipei, they bring out your bottles as the Ghanaian Pallbearers and it’s ****ing lit pic.twitter.com/yHtJnQQjEr

The nightclub took down all online videos of the performance and its marketing director told Taiwan News that the routine was discontinued after the first show. It then issued the following statement:

"The sole intention of the 'blackface routine' in question was to faithfully recreate the popular Coffin Dance Meme and nothing else. Our dancers were not aware of the so-called 'blackface' as a means of racial discrimination because it had never been a thing in Taiwan.

Our management had refined the Coffin Dance Meme show right after its debut ever since. We apologize for the lack of supervision and the inappropriate cultural clash resulted from it." 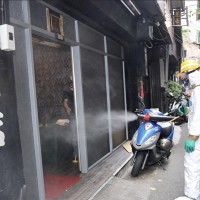 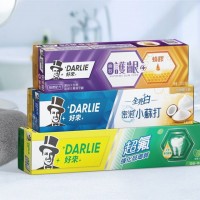 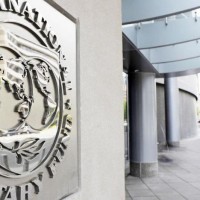