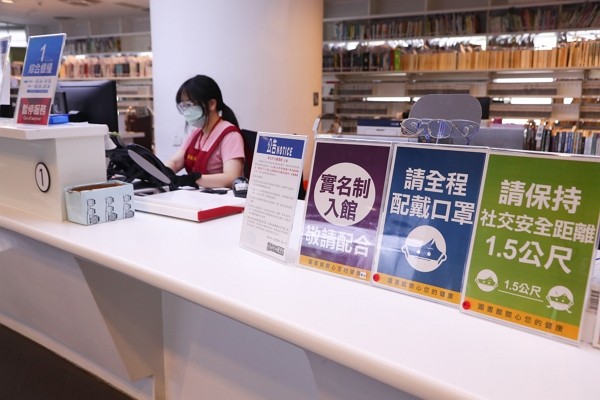 New Taipei City will start to gradually re-open shuttered public venues from Monday after a 45-day shutdown to prevent the spread of the COVID-19 coronavirus disease, Mayor Hou Yu-ih (侯友宜) announced Sunday (May 4).

New Taipei, the most populous municipality in Taiwan, shut down indoor public venues, including sports centers, libraries and museums on Mar. 20, after it was found that a person infected with COVID-19 had visited one of them prior to testing positive.

However, as Taiwan has only recorded three new cases in the past week and New Taipei has seen no new cases for 13 days, the city has decided on a two-phase re-opening of public venues, according to a statement.

The first phase, which begins on Monday, will see the re-opening of public libraries, sports centers, activities centers and museums, the statement said, with some exceptions.

Of the 497 activity centers in the city, 44 will remain closed due to circulation and size issues, the statement added.

Discussion rooms and lecture halls in libraries, three libraries under renovation, one library located inside a school, as well as children's play rooms in sports centers will also remain closed, the statement said.

If the situation remains stable, with no signs of community transmission of the disease in Taiwan, the city will gradually re-open the remaining public venues during the second phase, which will start on May 18.

The city will adjust its policies on a weekly basis, according to the statement.

On Saturday, the city government's Sports Office told CNA that when sports centers are re-opened, admission numbers will be halved and only one entrance will be available for entry.

Those who wish to go in will have to fill out an online form, where they will be asked to submit their basic personal information, travel history, and which facilities they intend to use, the office said.

The city's public libraries will also record who enters, by asking people to present their library card, national identification card, or by filling out a form, library staff told CNA on Saturday.

Inside the library, visitors will be asked to wear surgical masks, and sit in alternate seats to maintain social distancing. 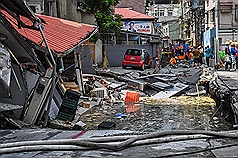