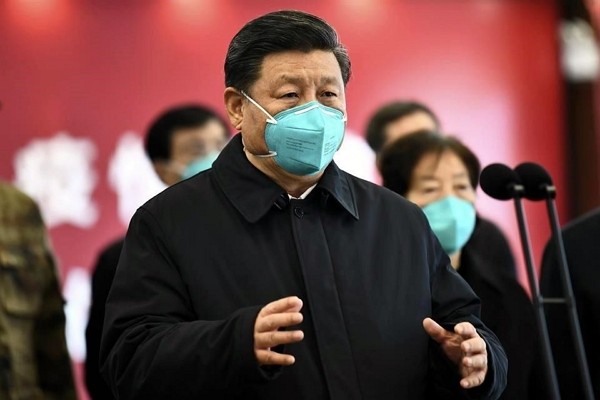 TAIPEI (Taiwan News) — Before the Wuhan coronavirus (COVID-19) outbreak was declared a global pandemic, Chinese consulates in Canada and around the world asked Chinese nationals to stockpile as much personal protective equipment (PPE) as possible for hospitals in China, according to an investigation by Canada's Global News.

Guajardo claimed that China had engaged in a "surreptitious" state-level operation to secure global PPE supply at low prices and did so before the deadly virus had made its way to Western countries, in early March. He said a source in the Mexican supply chain had told him in mid-January that factories were receiving large orders to send N95 respirators to China.

According to O'Toole, China had been hoarding face masks and epidemic safety equipment since Jan. 14, back when Beijing claimed there were no cases of human-to-human transmission. However, O'Toole said the Canadian government did not respond to China's acquisition campaign despite it being well-known among military and emergency service circles.

According to Cooper, while Canada was shipping more than 14,500 kilograms of protective clothing, face masks, goggles, and gloves to China, Chinese community organizations and business groups in Canada bought and shipped at least 90,700 kg of medical supplies to China. He added the stockpiling operation was launched by The United Front Work Department (UFWD) of the Chinese Communist Party (CCP), a department in charge of managing potential opposition groups in China and important foreign missions.

Cooper pointed out that China's early suppression of accurate information about the outbreak was the main cause for it becoming a pandemic, a belief shared by international media, including the Associated Press. He said that Beijing's decision to downplay the seriousness of the coronavirus has resulted in millions of individuals infected around the world.