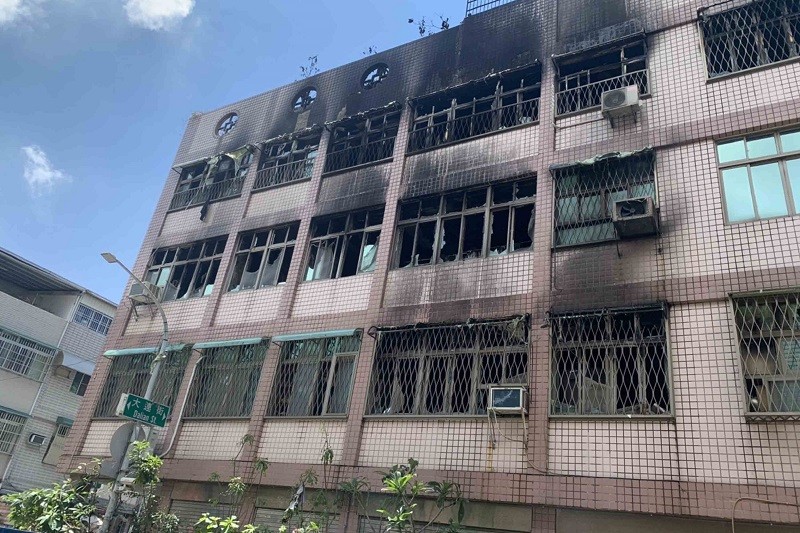 TAIPEI (Taiwan News) — A fire broke out in Kaohsiung on Sunday morning that took the lives of five family members, CNA reported.

Kaohsiung City’s Fire Bureau received a report around 7 a.m. that a townhouse on Dalian Street was on fire. A total of 40 fire trucks and more than 90 firefighters arrived at the scene where they found smoke coming out from between the second and fifth floors.

The house owner, Lai Wen-de (賴文德), is a former president of Kaohsiung Medical University Chung-Ho Memorial Hospital and a cardiologist at the hospital, according to the report. After Lai and his wife ran out of the burning house, they told firefighters two adults and three children were still on the fourth floor.

Firefighters retrieved five people from the house after 8 a.m. and rushed them to hospital, where they were pronounced dead, according to the report. When found by firefighters, the two adults were tightly embracing the three children in a corner of the apartment.

Fire investigators looked around the burned house at about 10 a.m. and determined the fire started on the staircase of the second floor. An electrical fault was suspected as the cause, the report said.

Neighbors said there had been several thefts in the area, so the Lai family had iron bars installed on the outside of the house. These likely blocked the deceased from getting out of the burning house, the report said.