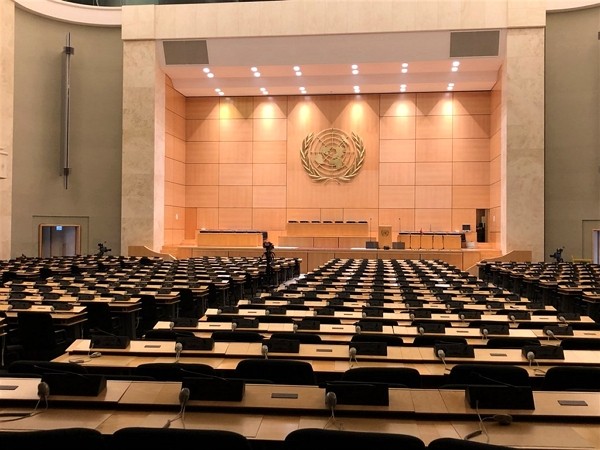 TAIPEI (Taiwan News) — With the World Health Assembly's (WHA) 73rd plenary session just 14 days away, the Chinese representative office to Geneva on Saturday (May 2) strongly objected to Taiwan's participation at the global meeting and said it would contradict "basic political principles" shared by the global community.

While many international leaders have spoken in support of Taiwan's WHA attendance, including U.S. Health and Human Services Secretary Alex Azar, an article published by the Chinese embassy in Geneva on Saturday argued such a decision would seriously undermine the "one China policy."

The Chinese ambassador to the Swiss city, Liu Yuyin (劉玉印), stressed that China is the motherland of the "Taiwan region" and that inviting the island nation to global conversations will send a wrong message to the pro-independence Democratic Progressive Party (DPP) and politicize the ongoing coronavirus (COVID-19) pandemic. He added the ruling DPP's refusal to acknowledge the so-called "1992 Consensus" is another reason why it should not be allowed to the WHA's annual meeting from May 17-21.

Liu also criticized the U.S. for making direct contact with the DPP, referring to the teleconference held between Azar and Taiwan's Health Minister Chen Shih-chung (陳時中) on Monday (April 28), calling it a violation of the Three Joint Communiqués previously signed by the U.S. and China. He urged countries worldwide to recognize Taiwan's "political schemes" and help prevent it from gaining independence.

Liu emphasized that both the Chinese government and World Health Organization (WHO) have been communicating with Taiwan since the outbreak. He said the Beijing authorities have also provided tremendous assistance to help Taiwan stem the spread of the virus, reported Radio France International.

Despite China’s insistence on including Taiwan as part of its territory, Taiwan's Ministry of Foreign Affairs (MOFA) has on many occasions shot down the idea of unification and affirmed Taiwan's status as a sovereign and independent country. On April 18, MOFA spokeswoman Joanne Ou (歐江安) stressed that Taiwan has never been ruled by Beijing, therefore the East Asian superpower has no right to intervene in the welfare of the Taiwanese population, reported CNA.