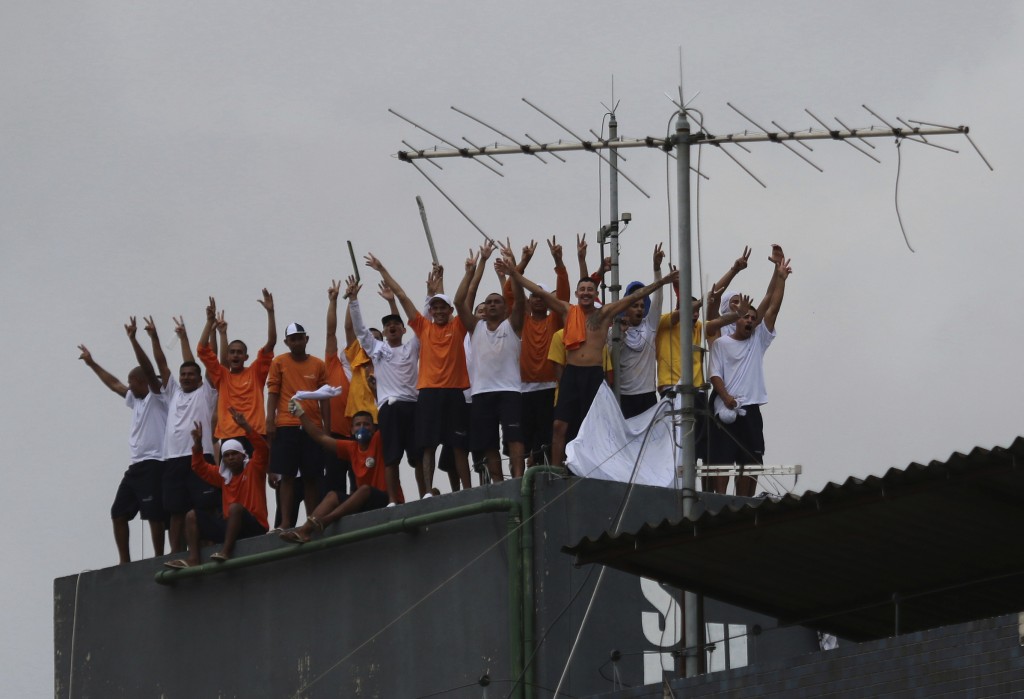 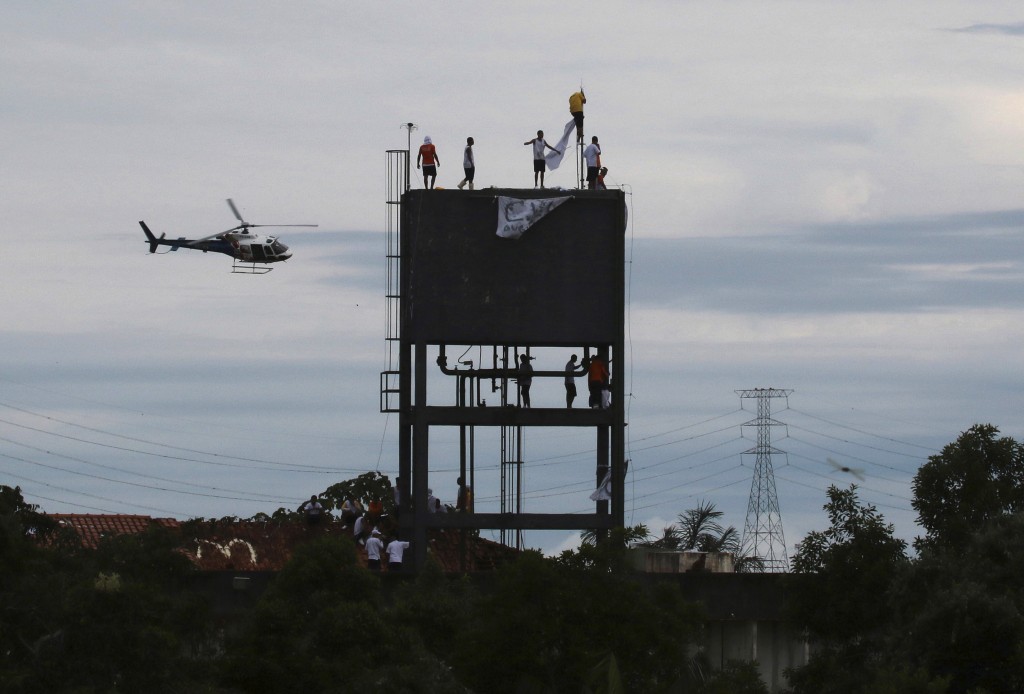 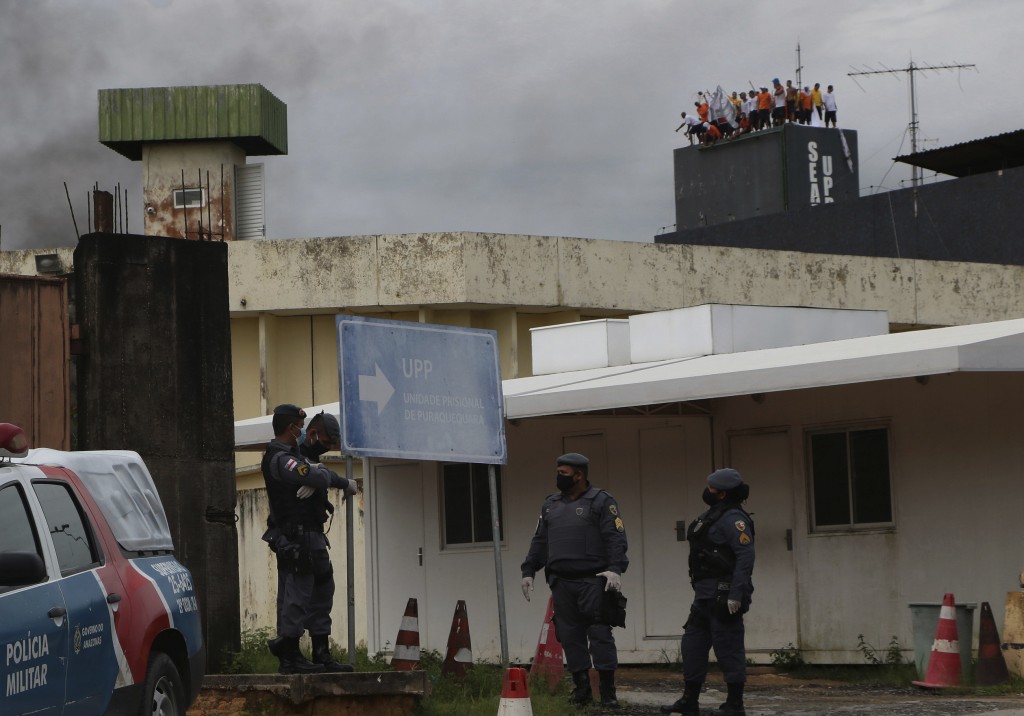 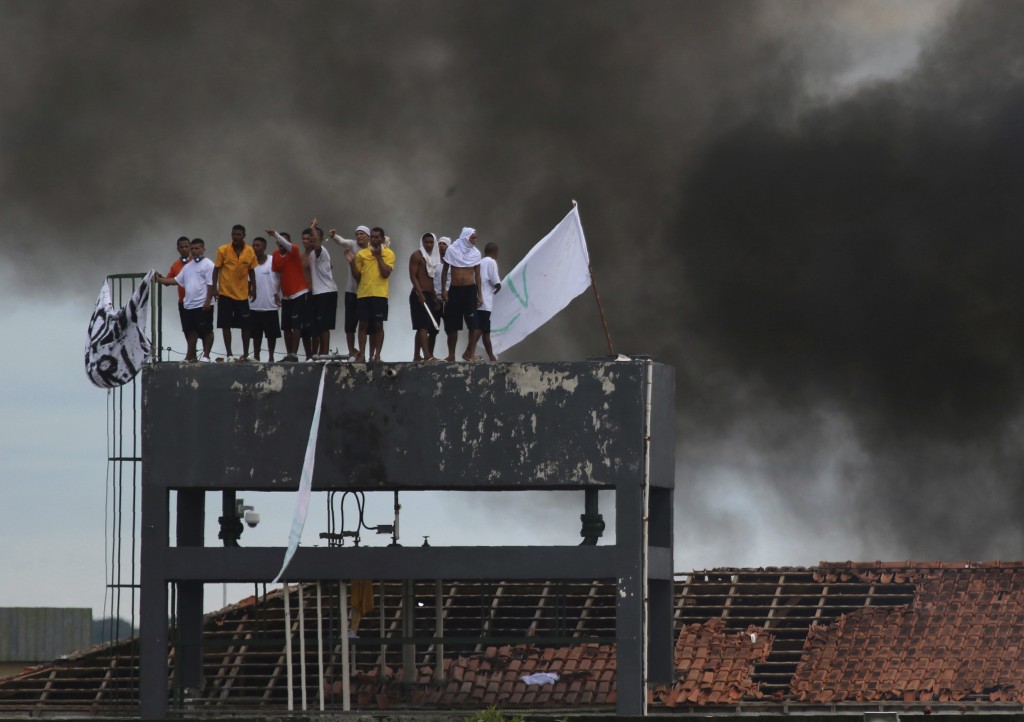 RIO DE JANEIRO (AP) — Rioting inmates at a prison in the northern state of Amazonas held seven guards hostage for several hours Saturday, protesting against the suspension of all visits in the midst of the coronavirus pandemic, authorities said.

After more than five tense hours, the state’s public security secretariat said the situation inside the Puraquequara prison in the city of Manaus had been brought under control without any casualties and the guards freed.

Visits at the facility were suspended in mid-March, family members said, and rumors that the virus has began to spread inside have been circulating on social media for weeks. Without visits, most families are entirely cut off from loved ones, with no way of getting in touch with them.

“They are getting sick and we can't visit, or bring medicine. We have no news from them,” Regina Silva Barroso, whose 19-year-old son is inside the prison, told The Associated Press.

The last time she heard from her son was more than a month ago, in a two-minute phone call. There has been no word since, from either him or from prison officials, she said.

“All the families are desperate," she said.

Riots occur regularly inside Brazil's understaffed and overcrowded prisons, at times leading to gruesome mass slaughters. Guards struggle to maintain control of inmates, many of whom depend on prison gangs for food, money and survival.

Many fear the health crisis and the suspension of visits will trigger even more riots.

“Visits were suspended to limit the coronavirus,” said Rocinaldo Silva, president of a prison workers union in Amazonas state. “But the prisoner doesn't care so much about the health situation. For him the most important is having visits. This is creating a certain anxiety among them."

“If security is not attentive, there is a risk that the same situation will happen in other facilities,” Silva said.

Manaus has become one of Brazil's coronavirus hotspots, with 3,941 confirmed cases and 357 deaths as of Friday, data from the state's health secretary show. The pandemic has overwhelmed the city's hospitals, emergency response and even cemeteries, where mass burials are taking place on a regular basis and coffins threatening to run out.

Regina Silva, the mother of the prisoner, has heard from other inmates' family members that because of the pandemic, prisoners were not allowed to access the infirmary. Information often comes from contraband cellphones inside the facility, and then circulates widely on WhatsApp groups.

Saturday afternoon, hours after the situation was said to be under control, some 200 people or more were still waiting outside the prison's gates, asking authorities for proof that their loved ones were alive and well, and for visits to resume.