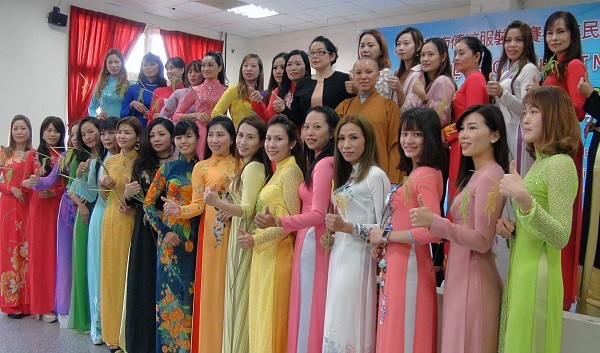 TAIPEI (Taiwan News) — According to Ministry of Interior statistics released Saturday (May 2), a total of 3,438 foreign nationals obtained Taiwanese citizenship in 2019, with the vast majority coming from the Southeast Asian nations of Vietnam, the Philippines, and Indonesia.

A total proportion of 86.1 percent mentioned their spouse was Taiwanese as the reason for their change of nationality, with 3.84 percent children of a Taiwanese parent, CNA reported.

The total amounted to a drop of 114 compared to the year 2018. While more than half the new Taiwanese, or 2,325, came from Vietnam, their number fell by 152 compared to the previous year, the largest reduction for any nationality, the data showed.

The Vietnamese were followed by the Filipinos, with 362 acquiring a Taiwanese passport, and the Indonesians, totaling 350. Southeast Asians occupied a share of 95.84 percent or 3,295 people of all those becoming Taiwanese last year.

Of the new citizens, 3,097 or 90.08 percent, were women. Both men and women mentioned they wanted to become Taiwanese because their spouses were locals, and for both men and women, most of the respondents were Vietnamese.

In the year 2000, a total of 7,692 foreigners became Taiwanese, but in the following years, the number plunged to about half that level, with a temporary rise to more than 5,000 in 2017 following the relaxation of the Nationality Act, CNA reported.