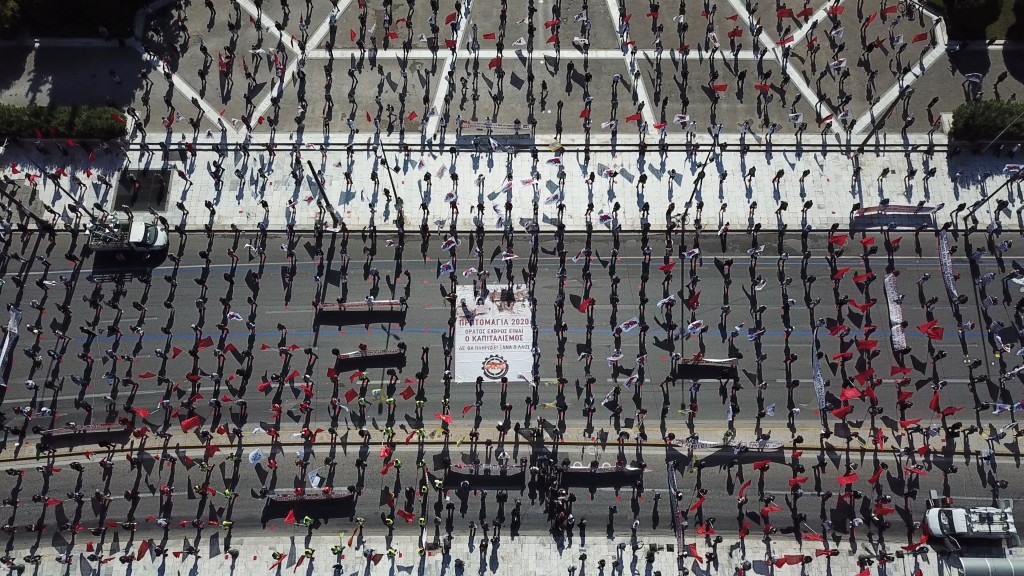 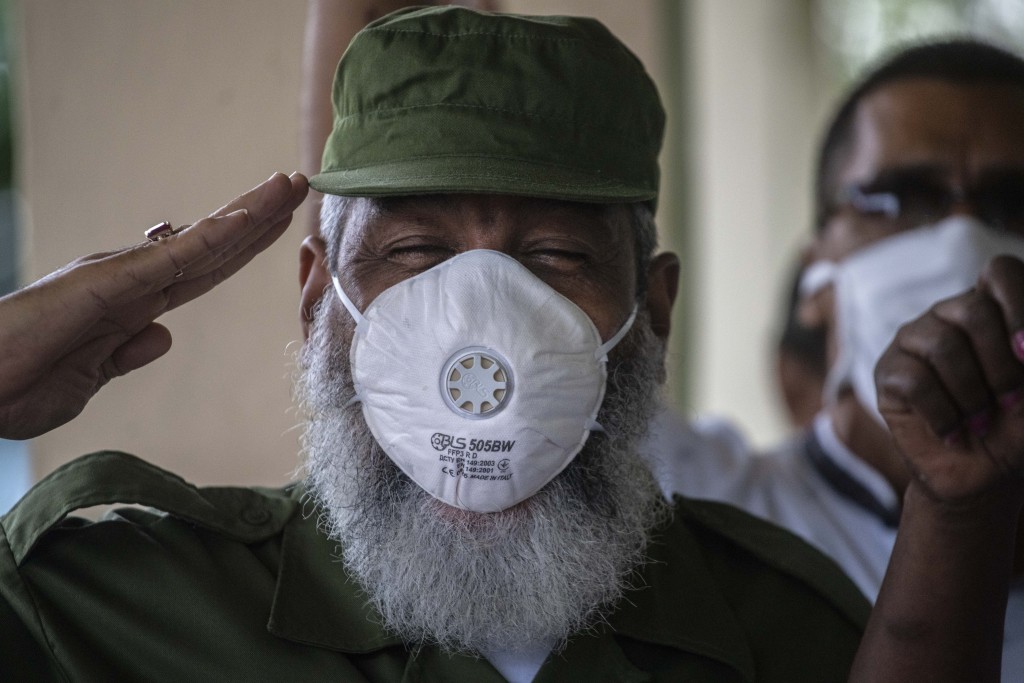 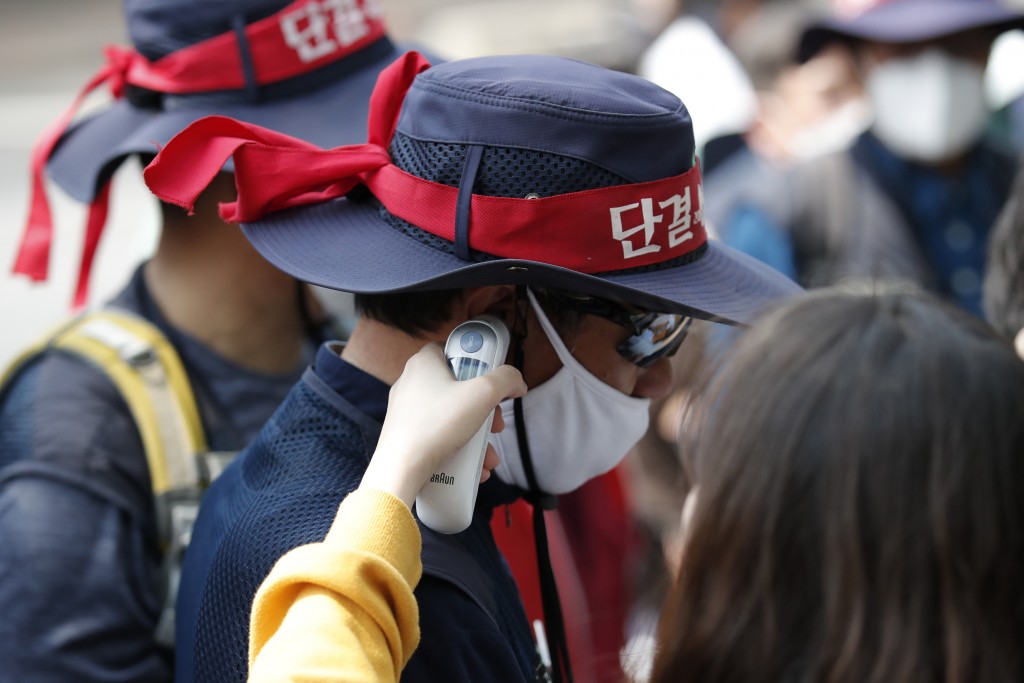 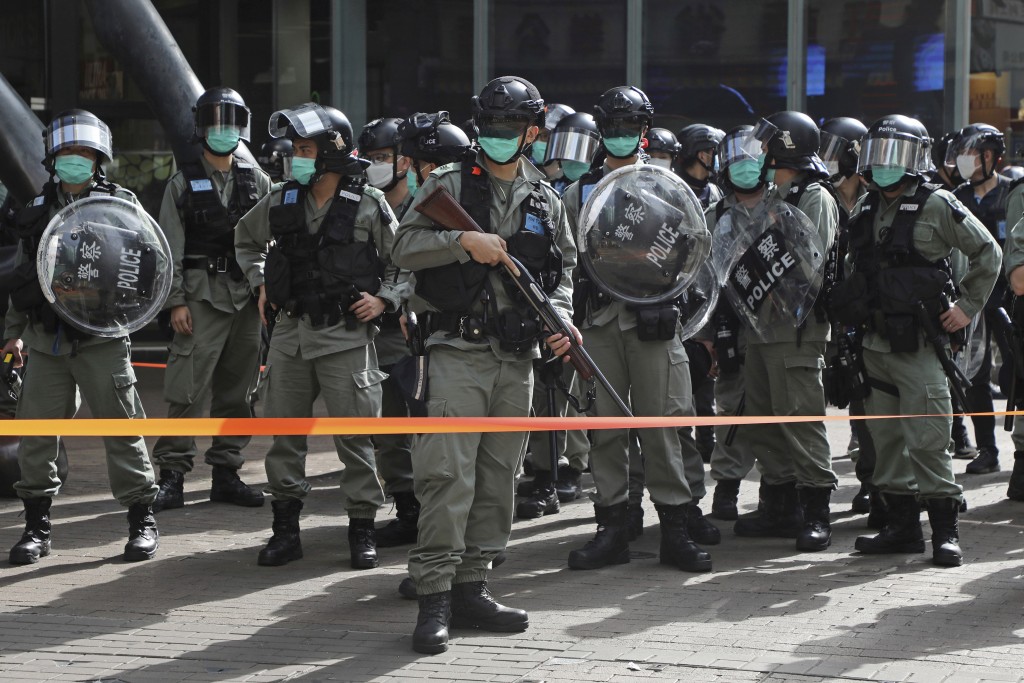 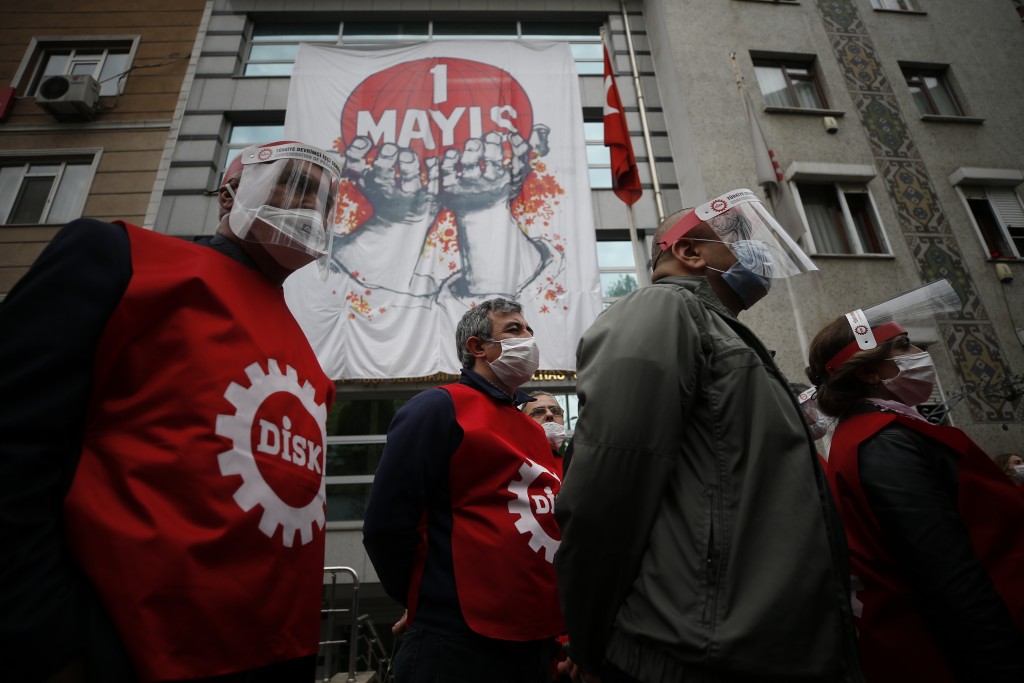 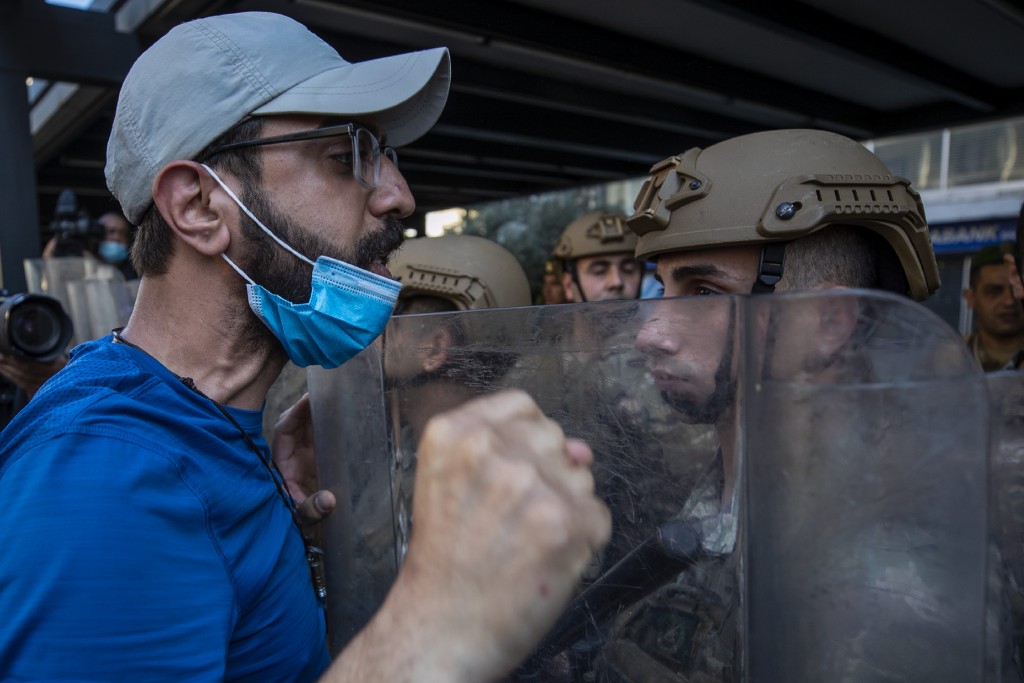 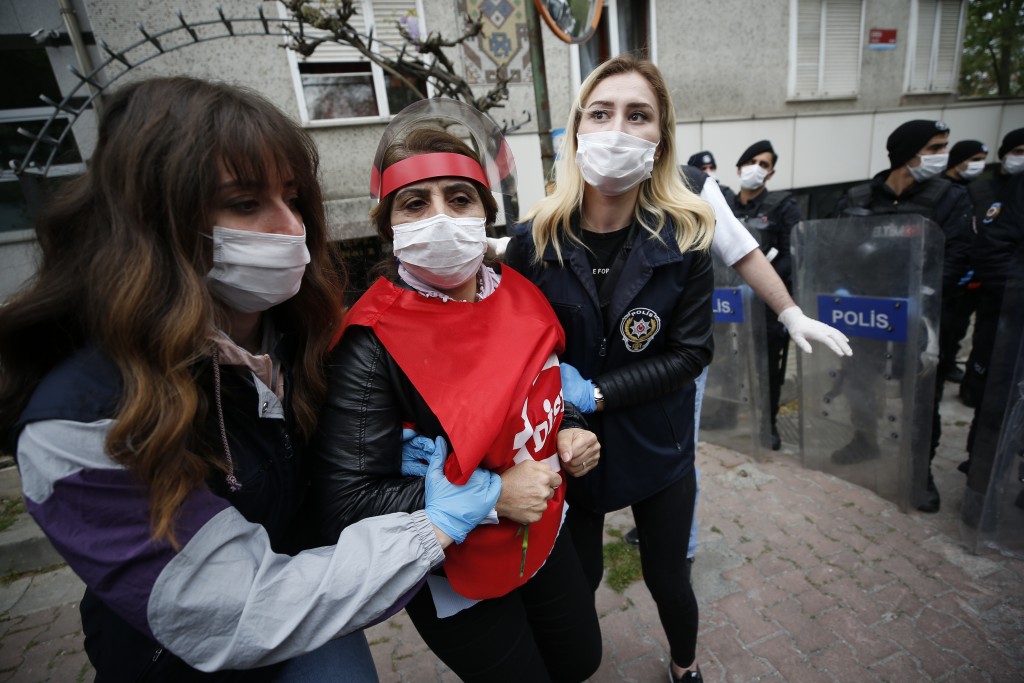 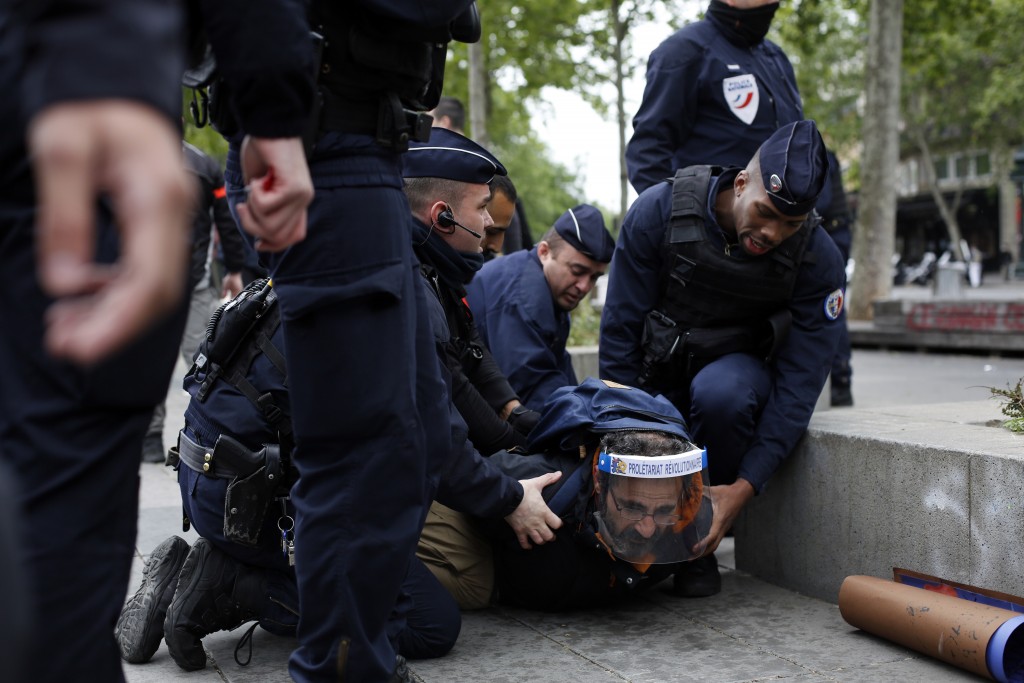 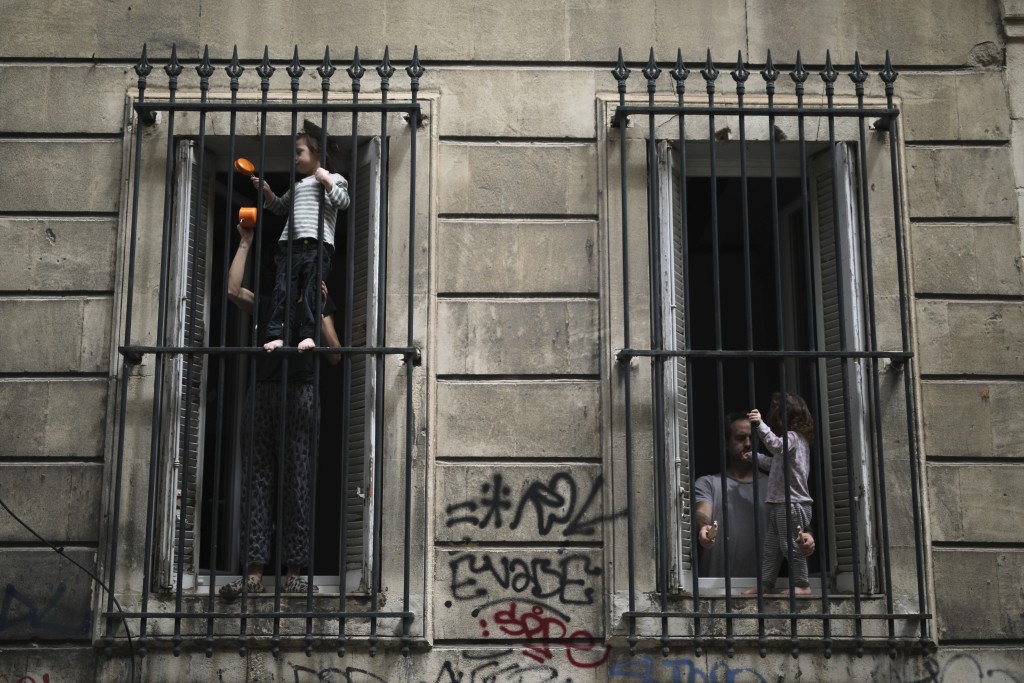 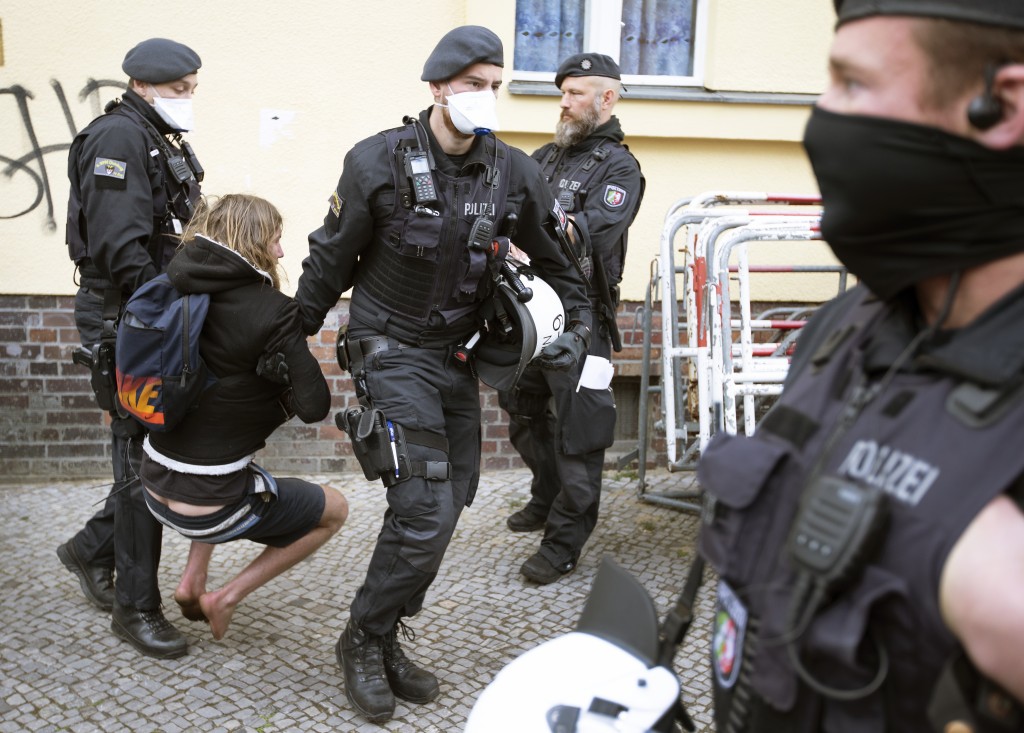 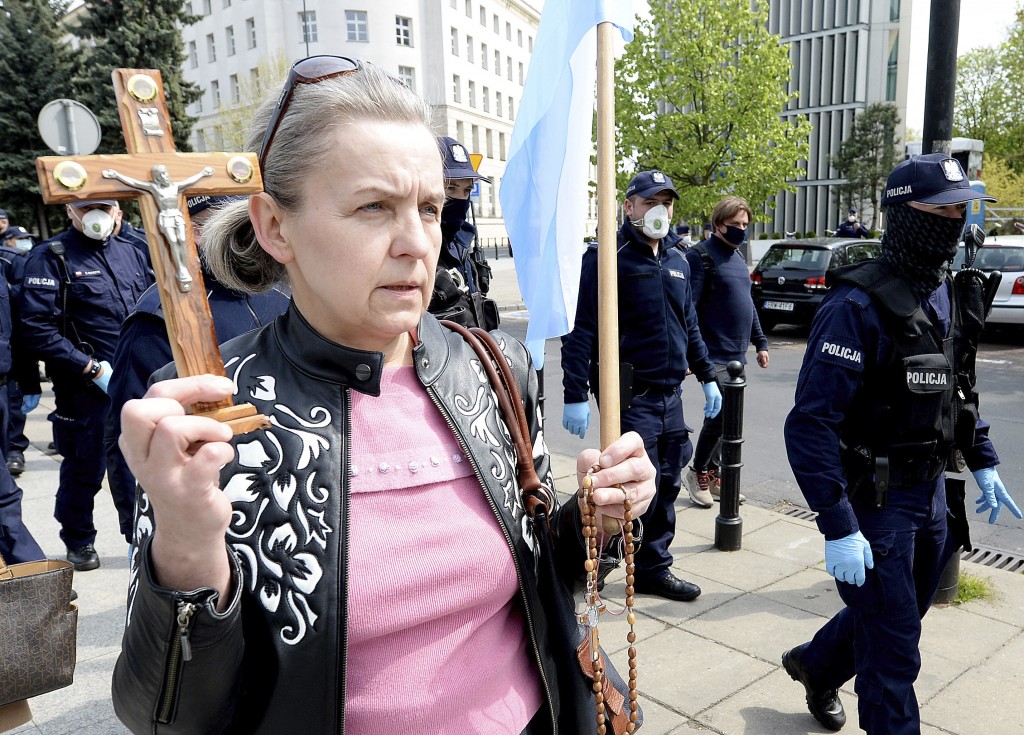 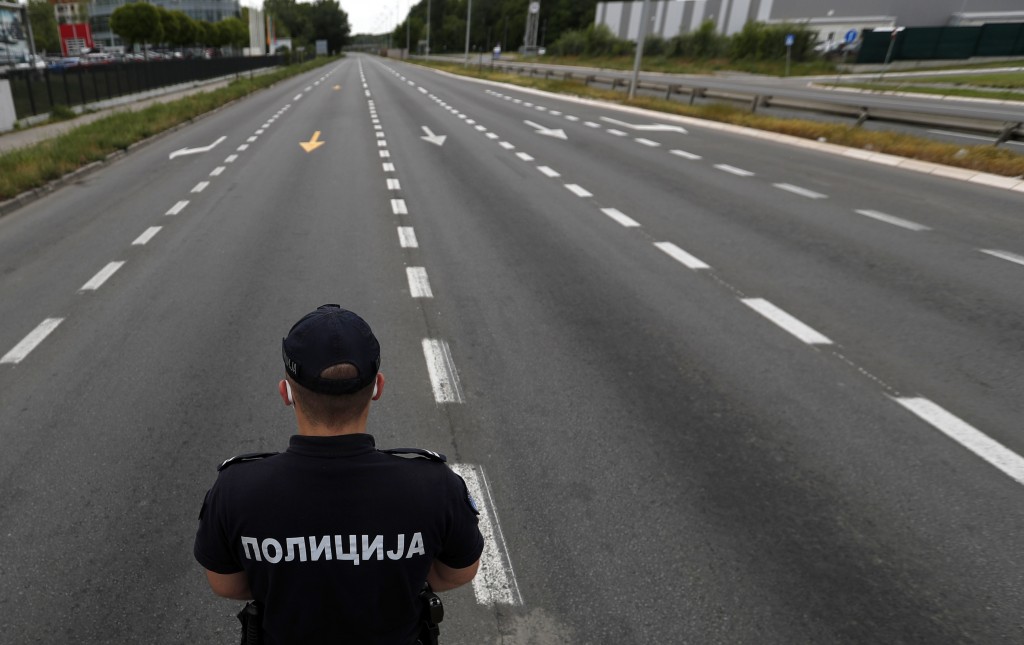 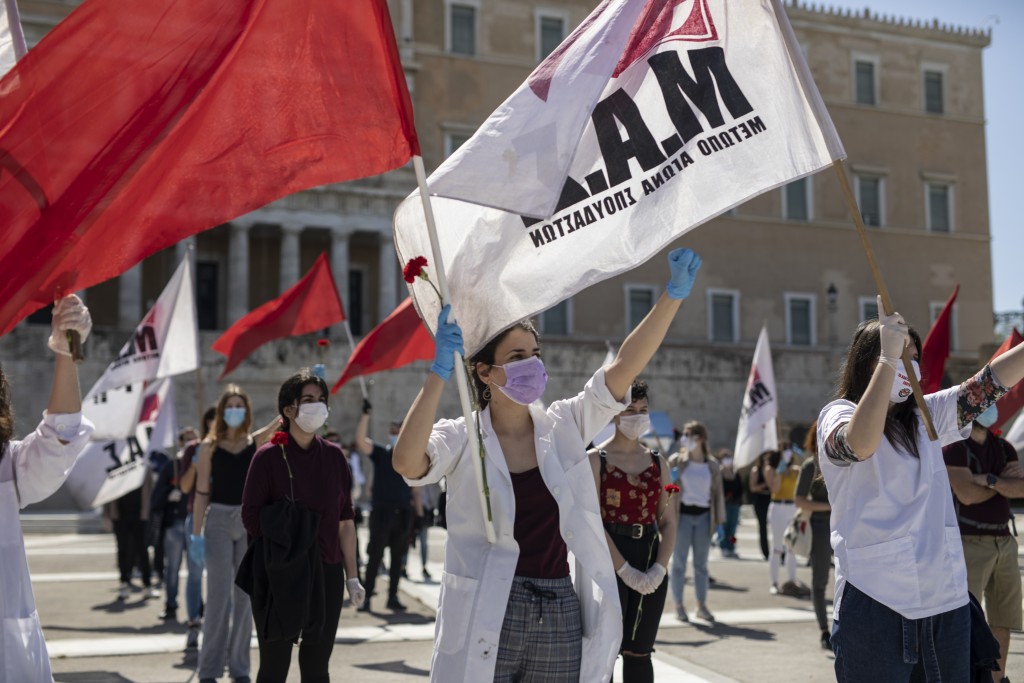 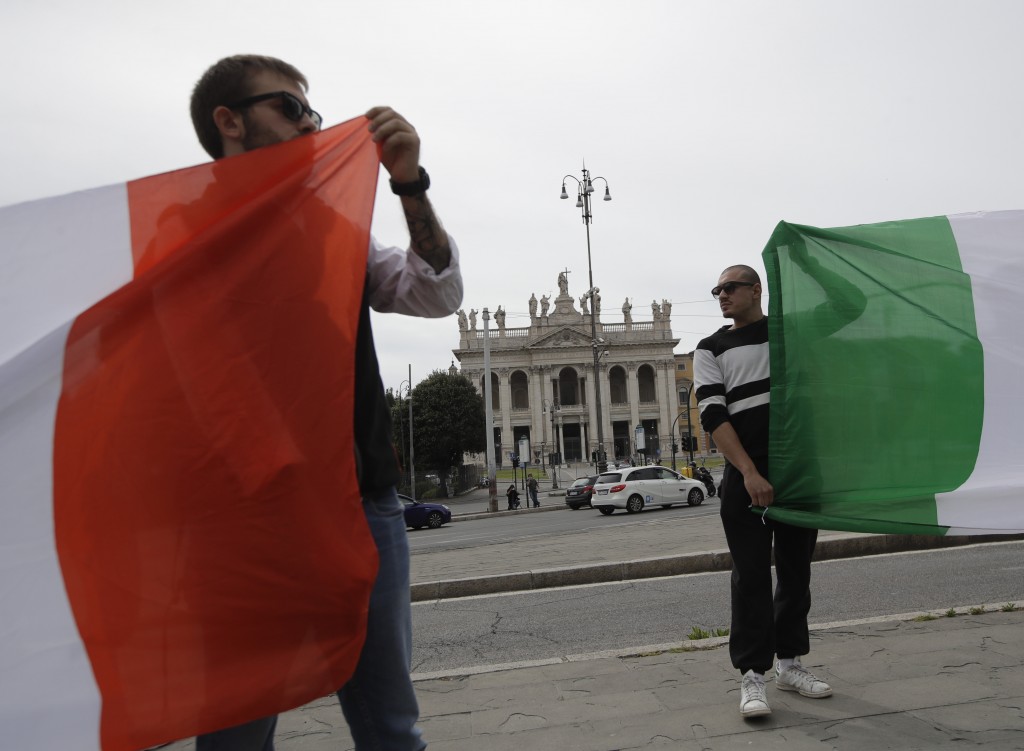 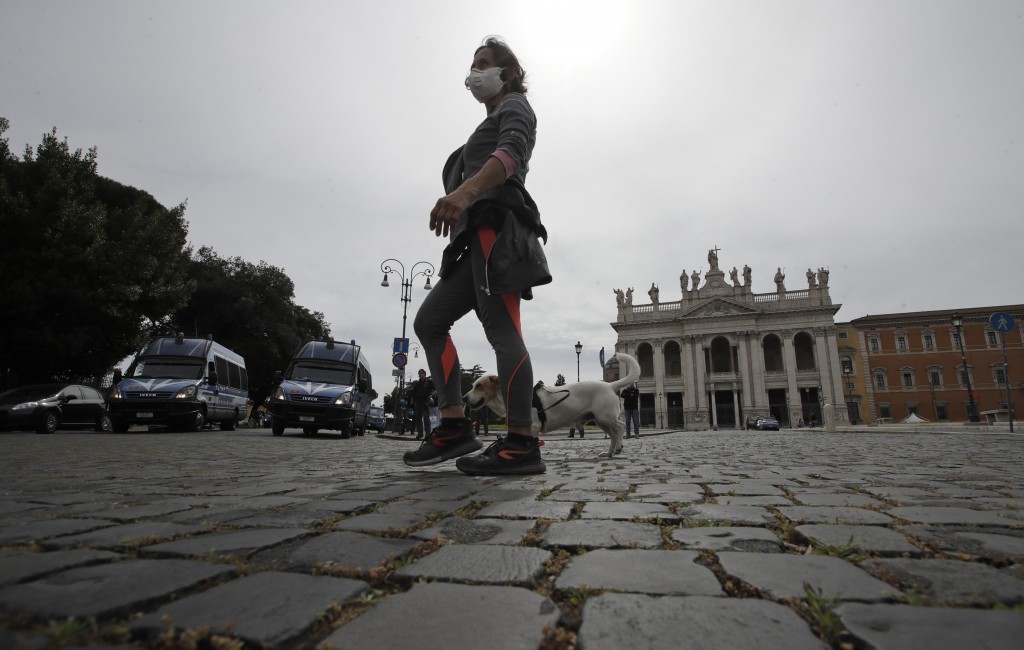 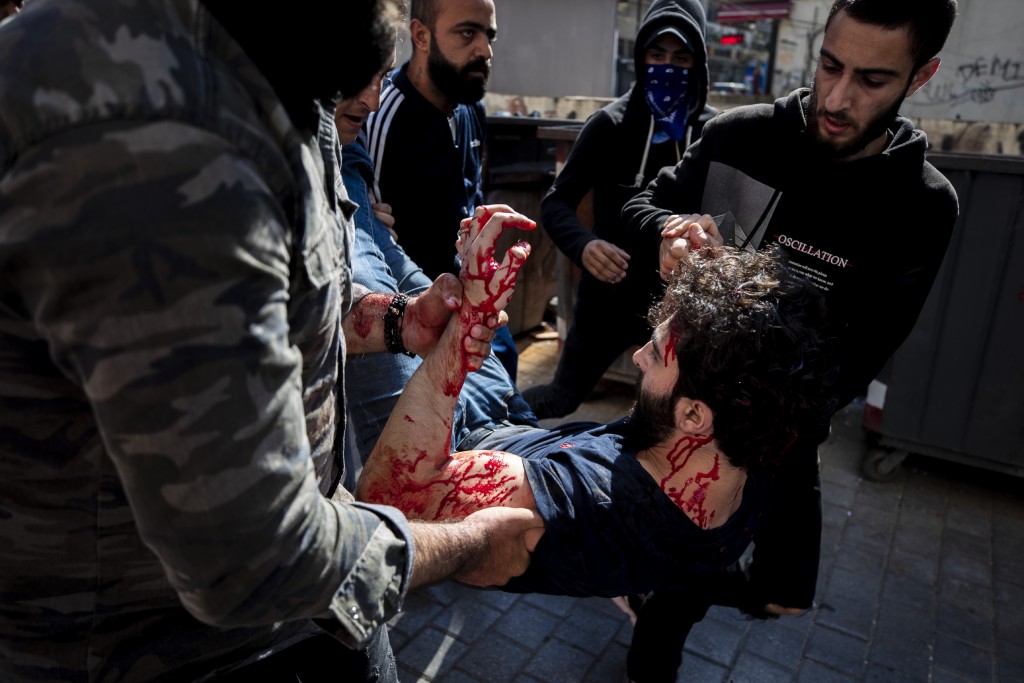 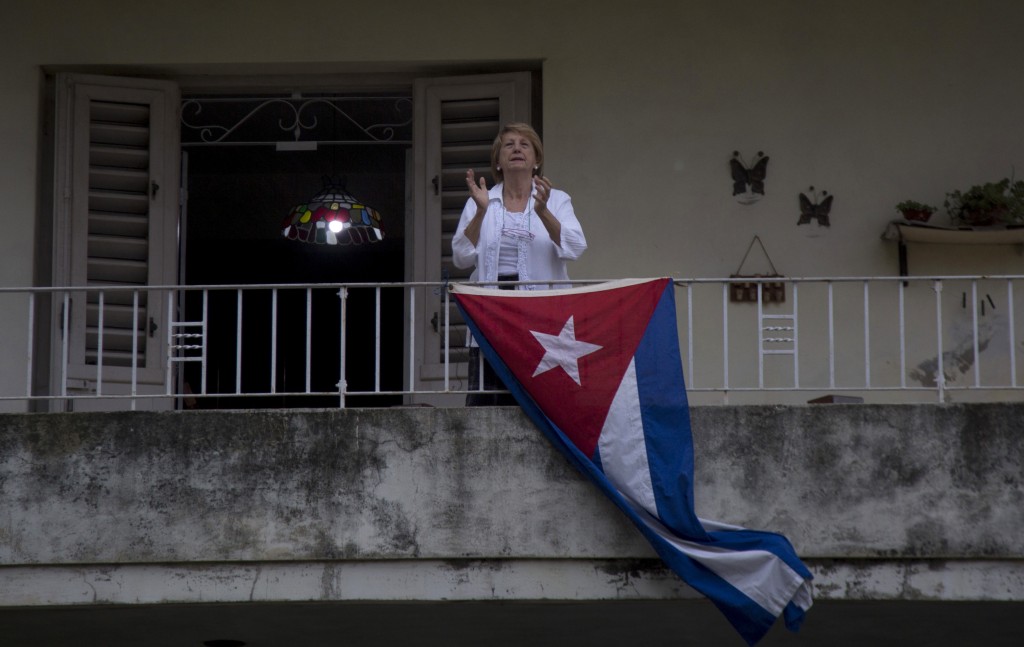 With lockdown restrictions still in place across the globe, there were only a handful of countries that saw actual May Day demonstrations on the streets. Even then, they looked vastly different to anything that has gone before.

Organizers of a Greek Communist Party-affiliated union were out with tape measures and colored stickers to mark the exact places the masked and gloved demonstrators could stand for their rally — two meters apart, to maintain social distancing. They waved banners and flags calling for more workers’ rights, but didn’t march through the streets as they normally would have.

Delivery workers held their own demonstration, riding their motorcycles and scooters through the streets of the Greek capital, where lockdown measures are to start being relaxed from Monday.

In France, unions called for people to sing on their balconies or out of their windows at midday in a collective shout of protest for more worker protections. Some protesters who took to the streets despite the lockdown were arrested.

Turkey saw police detaining several demonstrators in face masks too, bundling them into police vans in Istanbul during an attempted march toward the city’s main Taksim Square in defiance of the government-imposed lockdown.

In hard-hit Italy, where deaths are approaching 30,000 and businesses have been shuttered for weeks, some entrepreneurs resorted to a dramatically visual though silent gesture to mark May Day and draw attention to their employees’ plight. Some cafes used dressed mannequins in place of customers in their empty businesses, as if they were buying products or sipping coffee. In towns from north to south, many small business owners stood on sidewalks or in town squares.

Tempers frayed in Hong Kong, where police used pepper spray to disperse more than 100 protesters singing and chanting pro-democracy slogans in a shopping mall. The protest was one of several that went ahead on May Day despite rules forbidding public gatherings of more than four people.

May Day labor protests started in the 19th century in the United States, where this week the number of Americans filing for unemployment benefits surpassed a staggering 30 million, and joblessness in April could hit numbers not seen since the Great Depression in the 1930s.

The lockdown restrictions imposed by governments frantically trying to prevent the spread of the new coronavirus have sent economies reeling across the world.

Essential workers were to strike around the U.S. on Friday to demand safer conditions, while other groups organized rallies to protest stay-at-home orders they say are crippling the economy. The nation’s death toll was put at more than 60,000.