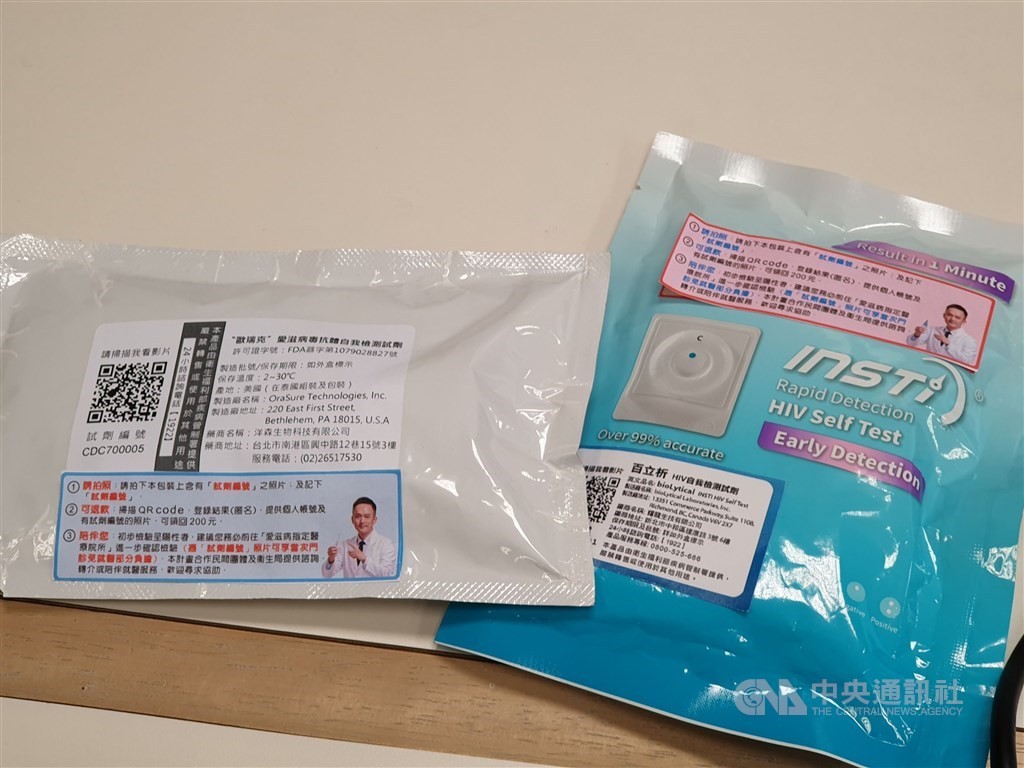 Taiwan on Friday started the promotion of quick home-tests to detect human immunodeficiency virus (HIV) to allow more people to be aware of their status, the Centers for Disease Control (CDC) said Friday.

The "OraQuick HIV Self-Test," which allows individuals to detect antibodies for both HIV-1 and HIV-2 with an oral swab in just 20 minutes in the privacy of their own homes, is being promoted by the CDC, with the chance of prizes and more free testing with each kit purchased.

The kits cost NT$200 (US$6.6) and can be purchased at 362 locations, including pharmacies and saunas, as well as 26 automatic vending machines around the country, the CDC said, adding that online ordering with pick-up at convenience stores will be available from May 12.

The promotion gives users an electronic coupon for another test kit to be issued free of charge when they register their initial results online, the CDC said in a statement.

After registering their results, users will also be automatically entered into a raffle with the chance of winning some 240 prizes, such as convenience store vouchers worth up to NT$10,000, the CDC said.

The electronic vouchers and prizes are part of a promotional incentive to attract people to get themselves tested for HIV and to continue testing, said CDC deputy chief Lo Yi-chun (羅一鈞)."We hope to get 70,000 people to test themselves at home this year," Lo said, adding that "our real goal this year is to get the people who take the test to keep repeating it."

The CDC reminded any members of the public who have had sex to test for HIV at least once in their lives, while recommendations for those who have sex without condoms are to be tested at least once a year.

There were a total of 39,996 reported cases of HIV in Taiwan from 1984 until the end of March, according to CDC statistics. HIV, which is mainly transmitted through unsafe sexual behavior, has infected over 37.9 million people around the world and had claimed the lives of over 770,000 people around the world as of 2018, according to World Health Organization statistics.