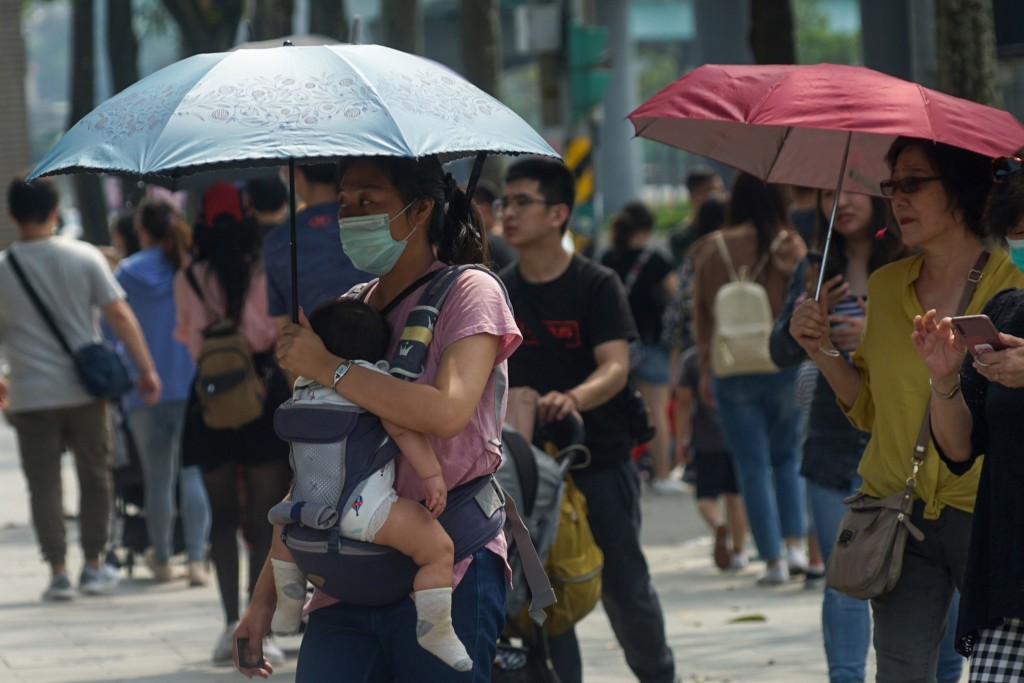 Most parts of Taiwan are expected to see highs of 30 degrees Celsius or more, along with partly cloudy to sunny weather this weekend, the Central Weather Bureau said Friday.

Daytime highs are forecast to climb to between 30 and 34 degrees over the three-day break across Taiwan. Taipei and Taichung can expect 33 degrees, with 34 degrees in Chiayi, Pingtung and Taitung on Sunday, the bureau said.

Some showers are expected in Taiwan's offshore counties of Penghu, Kinmen and Lienchiang, which covers Matsu Islands, on Friday and Saturday, with Matsu forecast to see a high of 28 degrees this weekend — the only region forecast with a daytime high of below 30 degrees, according to the bureau.

Fog and low cloud may cause low visibility in Kinmen and Matsu, it added.

Scattered showers are likely in eastern Taiwan over the weekend, while afternoon thunderstorms are forecast for northern, eastern and mountainous areas of central and southern Taiwan between Saturday and Monday, the bureau went on.

As of 3 p.m. Friday, two locations in Kaohsiung — Jiaxian and Yuemei — recorded the day's highs of 35.5 and 35.4 degrees, respectively, according to the bureau's website. (By Kay Liu)