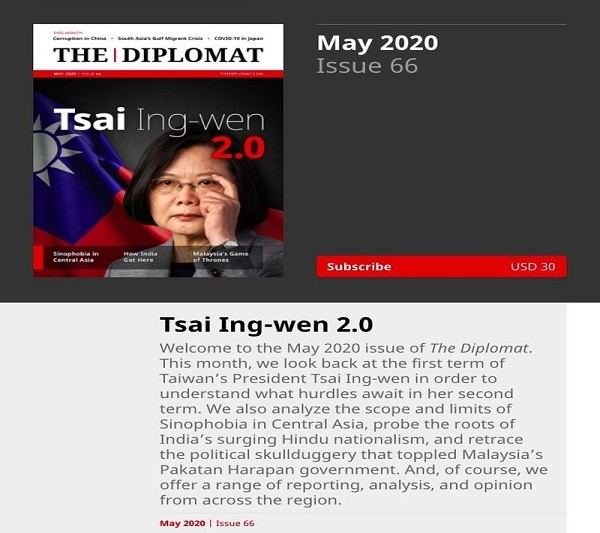 TAIPEI (Taiwan News) — President Tsai Ing-wen (蔡英文) graced the May cover issue of American monthly The Diplomat for a feature looking back at her first term and ahead to her second and final term starting May 20, reports said Friday (May 1).

While Taiwan's leader has recently garnered attention due to her administration’s exemplary handling of the Wuhan coronavirus (COVID-19) pandemic, the online current-affairs magazine looks back at what it describes as the mixed record of her first term, beginning in May 2016.

The New Southbound Policy and the legalization of same-sex marriage amounted to highlights. However, confusion surrounding her labor and pension reforms resulted in turning the 2018 local elections into an “unmitigated disaster,” The Diplomat wrote.

Even so, her supporters’ hopes were high for a successful second term, according to the article titled “Tsai Ing-wen 2.0.”