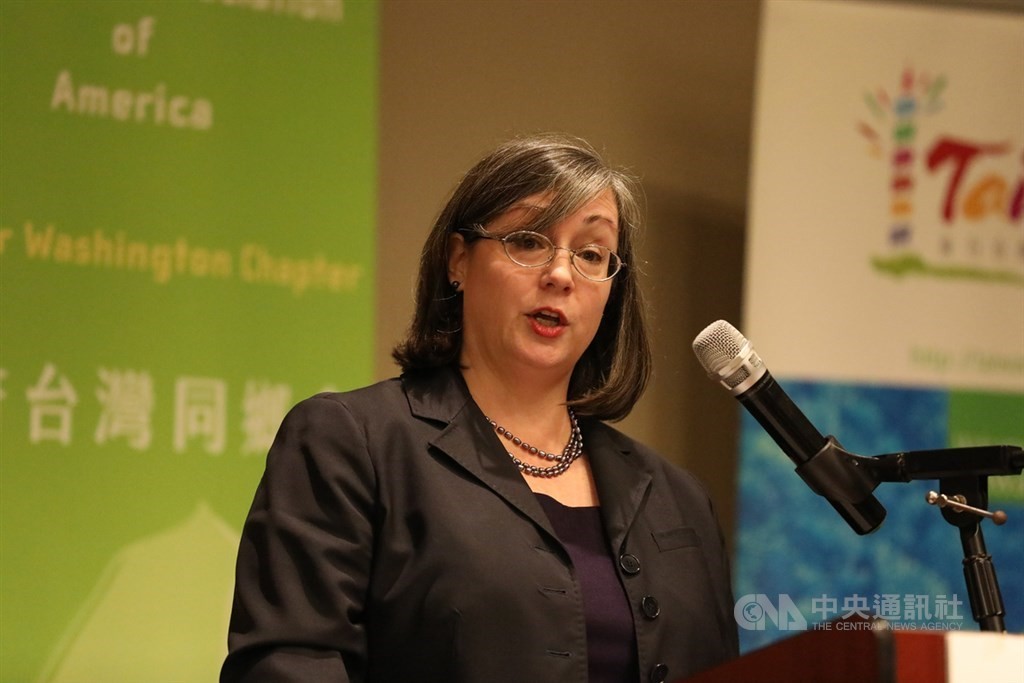 James Moriarty, chairman of AIT, welcomed Larson to the government organization via a press release. Moriarty said Larson had done outstanding work and gained rich experience during her time at the State Department. He also thanked John Norris, the current director of AIT headquarters in Washington, for his contributions to promoting the U.S.-Taiwan partnership, CNA reported.

Larson has served in the U.S. State Department for 22 years, with postings in China, South Korea, Mexico, Tunisia and Cyprus. Before taking over as director of the Taiwan Coordination Office in June last year, she served as deputy director of the Bureau of East Asian and Pacific Affairs, assisting in the formulation of strategic plans for Taiwan and the region.

She was also part of the U.S. delegation, led by former U.S. House Speaker Paul Ryan, that flew to Taiwan to celebrate the 40th anniversary of the Taiwan Relations Act (TRA) and the opening of the new AIT building in Taipei. The press release quoted Larson as saying she looked forward to joining the AIT team and further enhancing U.S.-Taiwan friendship.