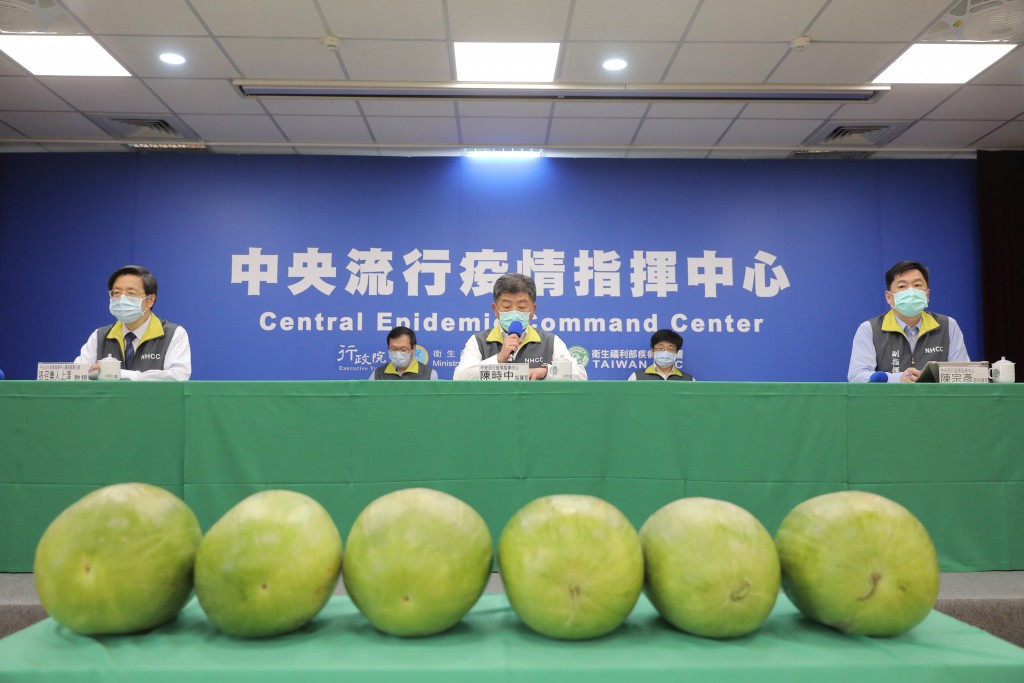 The total number of coronavirus patients for the country remained at 429, including six deaths and 324 patients released from isolation after treatment at hospitals, thus leaving only 99 patients still being treated.

Due to the slowdown of the epidemic, the Central Epidemic Command Center (CECC) said it would allow visits by relatives to retirement homes and care centers. However, there would be strict conditions, including reservations and name registration of visitors.

The total number of virus cases includes 374 imported and 55 local transmissions. The imported cases also included 31 crew members of the Navy’s Pan Shi who contracted the virus during a mission with a stop in the Pacific ally of Palau. Friday’s results mean that no domestic transmission has occurred for 19 days.

The CECC marked the sixth day without new cases by displaying six watermelons at its news conference. Despite the latest positive developments, health officials noted the three-day Labor Day holiday period was just starting and called on travelers to wear masks and observe social distancing.

Mountainous areas such as Taroko Gorge and Wulingshan were reportedly popular Friday, while other scenic sights did not register overwhelming crowds, according to the CECC.

On April 14, no new cases were reported for the first time in more than a month, since March 9. The highest single-day rise since the emergence of the coronavirus in Taiwan, an increase of 27, was registered on March 20.

The island nation has won international acclaim for its handling of the pandemic, with both the number of cases and the mortality rate lower than in comparable countries. This is despite Taiwan being excluded from the World Health Organization (WHO) due to Chinese pressure.