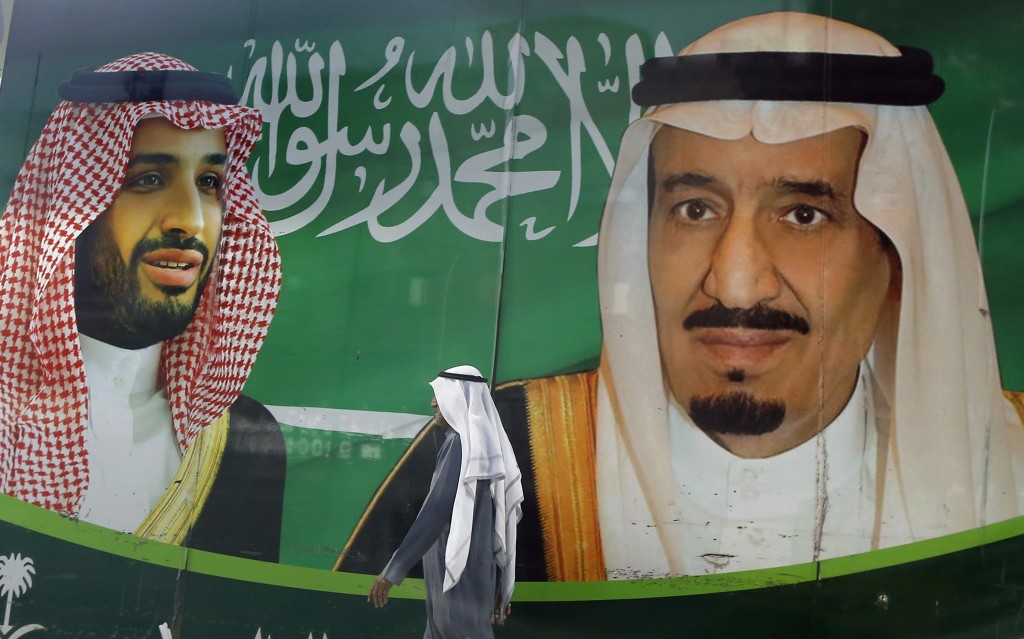 The English Premier League has to decide whether to approve Saudi Arabia's takeover of Newcastle while concerned that piracy of its broadcasts from the kingdom poses a “significant risk” to the competition's revenue.

The league wrote to the Office of the United States Trade Representative in February complaining about the bootlegging of live match coverage by the Saudi-based beoutQ service, according to newly released documents.

Having received submissions about beoutQ's conduct from global soccer bodies, also including FIFA, the American government confirmed on Wednesday in its annual report on “notorious markets for counterfeiting and piracy" that Saudi Arabia would remain on its “Priority Watch List."

The Premier League's own grievances with the Saudis are a further complication for the lawyers having to decide whether northeast English club Newcastle can become majority owned by Saudi's Public Investment Fund.

It is a sovereign wealth fund overseen by Saudi Crown Prince Mohammed bin Salman who, Amnesty told the Premier League, has been involved in a “sweeping crackdown on human rights" as the activists try to thwart the takeover.

Qatar-owned beIN Sports, which has a three-year contract worth $500 million to exclusively air the Premier League across the Middle East, has also asked for the buyout of Newcastle to be potentially blocked due to the inaction on broadcasting piracy.

BeIN had the backing of the Premier League in its Feb. 5 submission to the Office of the United States Trade Representative.

“A high proportion of the Premier League’s revenue is generated from the sale of exclusive audio-visual broadcasting rights,” the London-based soccer competition wrote in the letter. "The scale and nature of online piracy, such as that committed in Saudi Arabia and detailed below, continues to place this revenue at significant risk.

“This in turn threatens the Premier League’s ability to continue investing in, and contributing to, the quality of the competition, the sport more generally, community projects and the wider global economy.”

The Premier League has tried to pursue legal action in Riyadh “against the beoutQ service and its facilitators in Saudi Arabia” but said they have been “frustrated following the decision by multiple legal representatives to withdraw their services.”

The pirating of its Qatar-owned broadcasts is a proxy in the three-year Gulf crisis that has seen Saudi Arabia lead an economic and diplomatic boycott of Doha. Qatar has been accused of supporting extremism, which the tiny, super-rich nation denies.

“After several years of widely publicized Saudi-based piracy and inadequate and ineffective enforcement of intellectual property rights on the part of Saudi authorities," the Premier League wrote, “we are concerned that piracy may become generally accepted as an appropriate means of watching sports content.

“Barring aggressive enforcement efforts by the Saudi government against copyright piracy, and the making available of civil actions against all instances of copyright piracy, the situation will only deteriorate over time."

BeoutQ has shifted to providing feeds via a streaming rather than via satellite service in the last year, with the league saying there could be three million set-top boxes in Saudi Arabia and the wider region.

“Despite repeated complaints by beIN and other rights holders, Saudi Arabia has never brought criminal action against beoutQ, or its Saudi facilitators,” the Premier League wrote.

The Premier League has declined to comment on the approval process for the Newcastle takeover, beyond pointing to the owners' and directors' test which looks into potential criminal conduct by people running its clubs.

PIF is seeking to be the 80% majority partner in a 300 million pound ($370 million) takeover alongside the wealthy British-based Reuben brothers and financier Amanda Staveley.