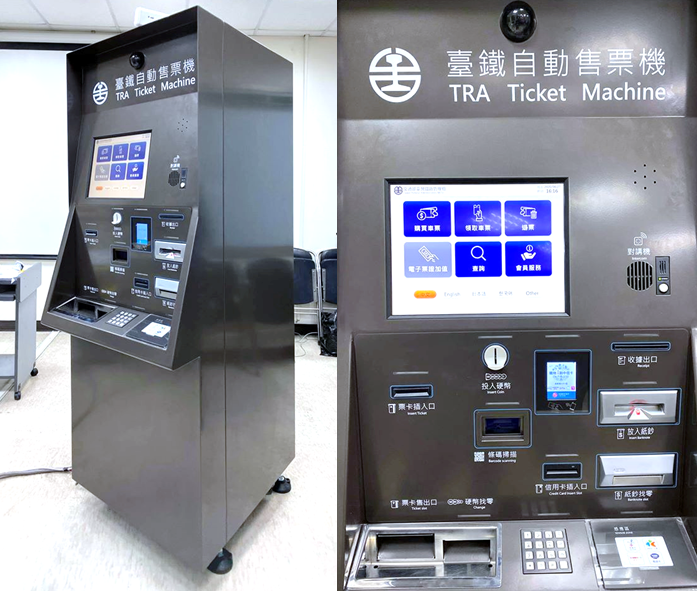 According to TDRI director Chang Chi-yi (張基義), minimalism was the main theme when designing the new model.

Chang, who also serves as the head consultant of the TRA Aesthetic Design Group which was established in April 2019, and a group of professionals helped TRA improve its agency outlook and aesthetics. The first project they launched was the trendy internal design of train carriages which received many compliments from the public.

Compared to the old ticket machines, the new prototype has fewer colors and buttons and features a touch panel. Chang stated that the interface and exterior design is a "less is more" style which also tries to simplify the operation process.

Additionally, the new machine will add a credit card slot and electronic device payment services, Chang added. It will also be convenient for the disabled to use.

After the picture was posted, some netizens praised the new machines as innovative and pretty, while some thought the opposite. Moreover, one passenger suggested the protruding parts needed padding to cover up sharp ends in case kids bumped into it.

"The minor achievement of redesigning ticket machine is a big step for TRA," said Chang, "It will take time to improve the current prototype."