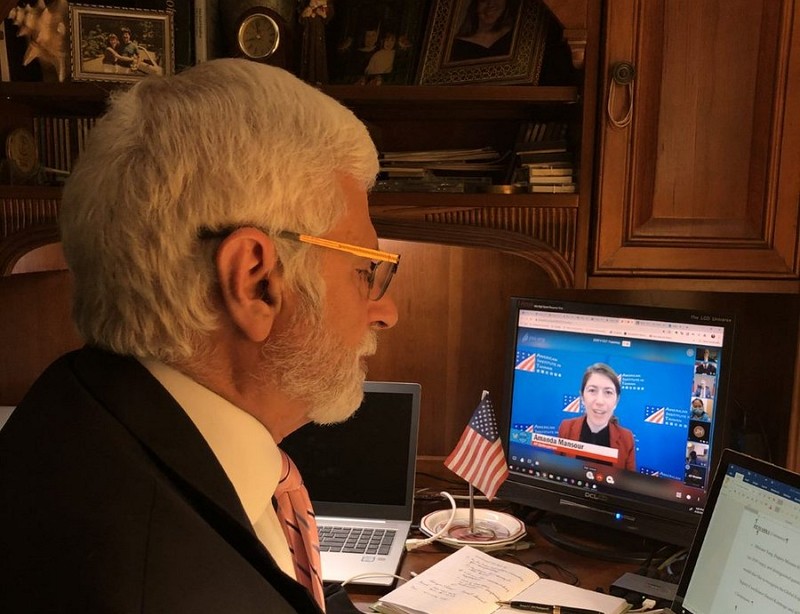 TAIPEI (Taiwan News) — A top U.S. diplomat has commended Taiwan for being a leader in the fight against the coronavirus (COVID-19) and for setting an example of how a democracy can act during a global health crisis.

Robert A. Destro, assistant secretary of state for democracy, human rights, and labor, praised Taiwan’s achievements during the pandemic at a virtual workshop under the Global Cooperation and Training Framework (GCTF) on Tuesday (April 28). The GCTF is a platform jointly administered by Taiwan, the U.S., and Japan for Taiwan to share with the world its expertise in a variety of fields.

The “Taiwan Model” has been emulated by many countries, which Destro called an inspiring story that shows that democracy triumphs over authoritarianism, wrote CNA. Taiwan's success demonstrates the importance of transparency and government accountability, a stark contrast to the way China and other authoritarian regimes have responded to the pandemic, he said.

The American official also applauded Taiwan’s approach to communicating disease control information through daily news briefings, saying that this is what a responsible government should be doing in a time of crisis. By contrast, China has endeavored to stunt the flow of information, muzzle free speech, and engage in cover-ups, he reckoned.

Taiwan has also managed to counter a wave of false claims as well as a disinformation campaign mounted by China, thanks to its years of experience fighting fake news originating in the country, including during the January elections, Destro noted. Fact-checking and effective crisis management are among the measures the island country has adopted against the disinformation threat from across the Taiwan Strait.

On behalf of the @StateDept, I virtually met with NGO members and government leaders from Asia for a workshop about countering disinformation amidst #COVID19. My thanks to the US-Taiwan Global Cooperation and Training Framework for hosting this timely workshop. pic.twitter.com/J0rjz1UVdf