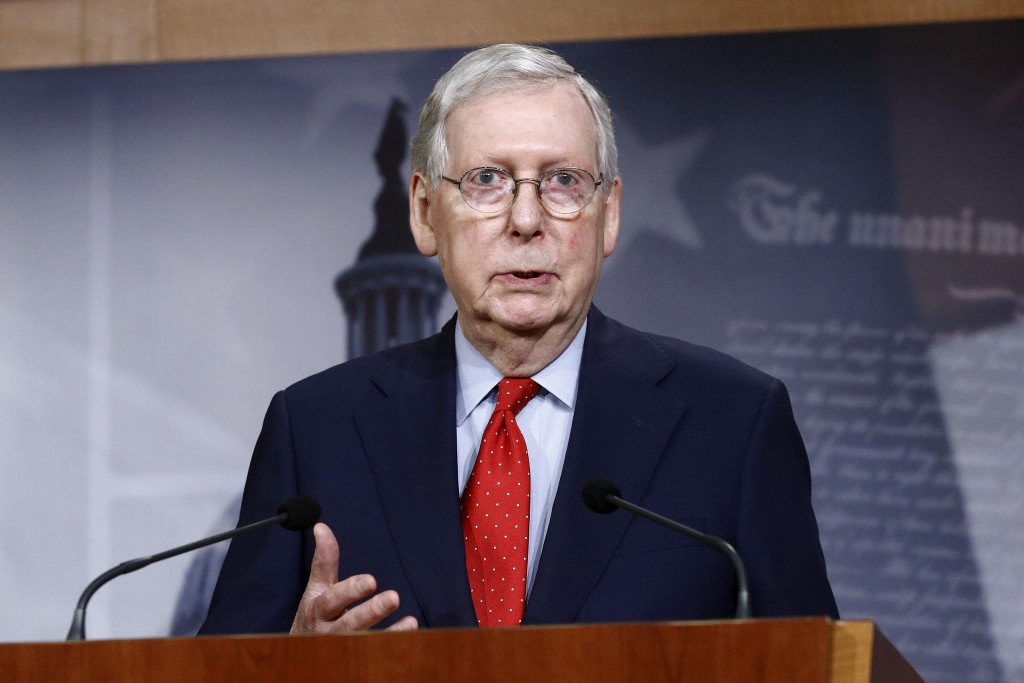 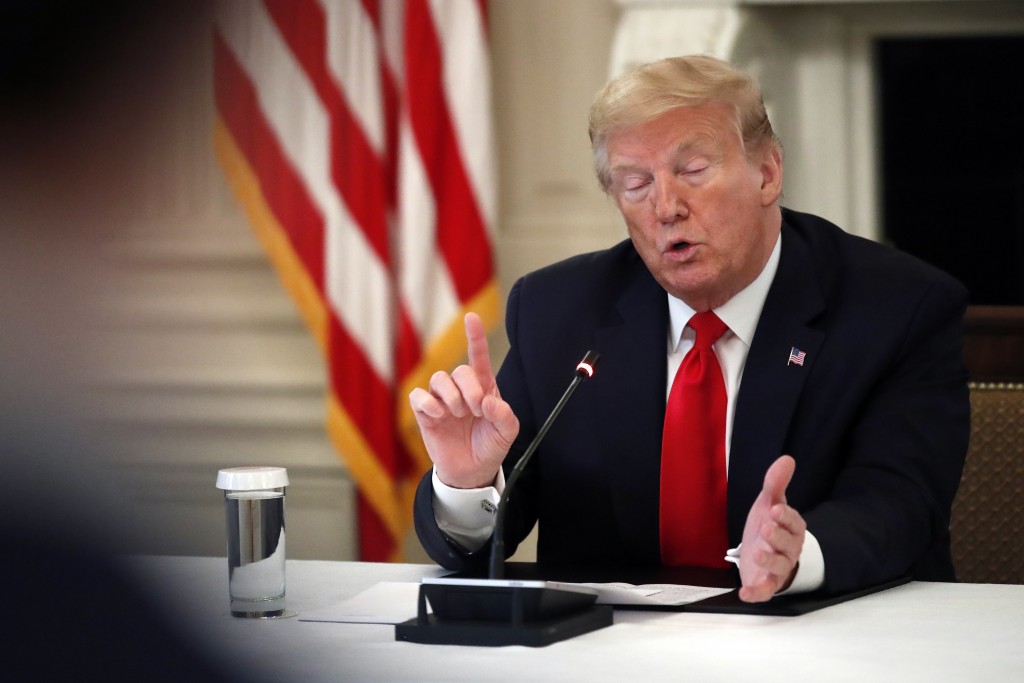 SALT LAKE CITY (AP) — The effort to reopen the economy in the midst of the coronavirus pandemic has set off a conflict at the state and federal level that is escalating by the day over how much legal protection companies should get if their returning workers get sick.

The White House, governors, members of congress and state lawmakers are all getting pressured by business leaders who want to be shielded from potential lawsuits brought by sick workers. They are also feeling heat on the other side from unions who want bolstered safety at workplaces and from the influential trial lawyers lobby, which hopes to preserve legal protections to go after corporations in court if people are sickened on the job.

The issue has vaulted to the forefront of the debate in Congress over the next, and fifth, coronavirus relief bill that’s still in its infancy. The safety of returning workers has dominated union negotiations between casino workers and their employers in Las Vegas. And governors in some states are imposing restrictions on the ability of people to collect unemployment if they choose not to return to work out of fear for their safety.

The debate has put policy makers on the hot seat at the same time that they are moving forward with reopening their states.

Utah lawmakers have moved to protect businesses from being sued if a customer or employee is exposed to the coronavirus after reopening, with supporters like Republican Rep. Norm Thurston saying establishments need to be rewarded for being willing to open their doors again.

The proposal passed the Republican-controlled Legislature the day before Gov. Gary Herbert announced the state would allow the reopening of restaurants, gyms and salons starting Friday. The governor has not yet signed it.

Skeptics like Democratic Rep. Brian King called the legislation a “get out of liability free card.”

“If a business wants to get open and make some money, that means they have to be responsible for the safety of both their employees and the public,” King said Wednesday. “They don’t get it both ways. They don’t get to both make money and be insulated from their negligent decision-making.”

The Missouri Chamber of Commerce and Industry is pushing the Republican-led state Legislature to expand protections from liability lawsuits to manufacturers, businesses, health care workers and first responders. Mississippi and North Carolina are considering similar protections for businesses.

“They don’t need to be concerned about liability from opportunistic people that might be trying to find a chink in their armor, to sue them for trying to do the right thing,” said chamber president Dan Mehan on Tuesday. “Lawsuit protection is paramount for this recovery.”

The order, which was developed in consultation with industry leaders including Tyson and Smithfield, is designed, in part, to provide companies with additional liability protections in case workers get sick.

Unions fired back at Trump’s action, saying the White House was jeopardizing lives and prioritizing cold cuts over workers’ health.

As Congress prepares the next coronavirus relief bill, Senate Majority Leader Mitch McConnell has made the issue a top priority. He has portrayed the protections as necessary to fend off opportunistic trial lawyers.

“Just as soon as the pandemic recedes, the lawyers will come in, and this is the important part of getting our country back to business,” McConnell said Wednesday on Fox News’ “The Brian Kilmeade Show.”

The casino workers’ Culinary Union in Las Vegas said it is negotiating reopening protocols with casino companies to ensure there are stronger safety standards. Nevada Gov. Steve Sisolak, a Democrat, has not said when he will allow casinos to reopen.

States are also focusing on unemployment rules as some leaders fret that workers’ fears of getting the virus or comfort with expanded unemployment benefits could keep them home.

State officials in Iowa this week warned furloughed workers that they will lose their unemployment benefits if they refuse to return when their employer calls them back to work, which is considered a “voluntary quit.” Restaurants, some bars, malls and retail stores will reopen in 77 of the state’s 99 counties Friday.

Iowa Workforce Development urged employers to report workers who don’t return for a good reason as soon as possible and warned that the federal law providing an additional $600 weekly in benefits contains “serious consequences” for fraudulent claims.

In Texas, several groups representing workers sent a letter Wednesday calling on state regulators to change unemployment rules to allow people who can’t go back to work because they or their family member face a high risk of contracting the coronavirus to still get unemployment benefits.

Gov. Greg Abbott, a Republican, on Monday outlined a plan to allow the state’s restaurants, retailers, movie theaters and malls to start letting customers trickle into their establishments starting Friday. He didn’t address whether employees might lose their jobs if they didn’t return to work, but said he understands the concerns and that no worker or business is required to return to work.

“If you want to stay at home, continue to stay at home. If you are involved in a business, there’s no requirement that you open that business,” Abbott said. “You have every right to choose your own pathway in life and you have ultimate control over your own personal safety.”

Tennessee’s Labor Commissioner Jeff McCord acknowledged the stickiness of the situation when he said Tuesday that worrying about going back to work isn’t enough to qualify for unemployment. He also acknowledged that people who are “immune compromised” require case-by-case decisions.

She did acknowledge, however, that there is “legitimate concern” that people won’t go back to work because they can make more money in unemployment with the added federal stimulus fund than at their jobs.

“We really do need them to return so our economy can get started again,” Blair said.