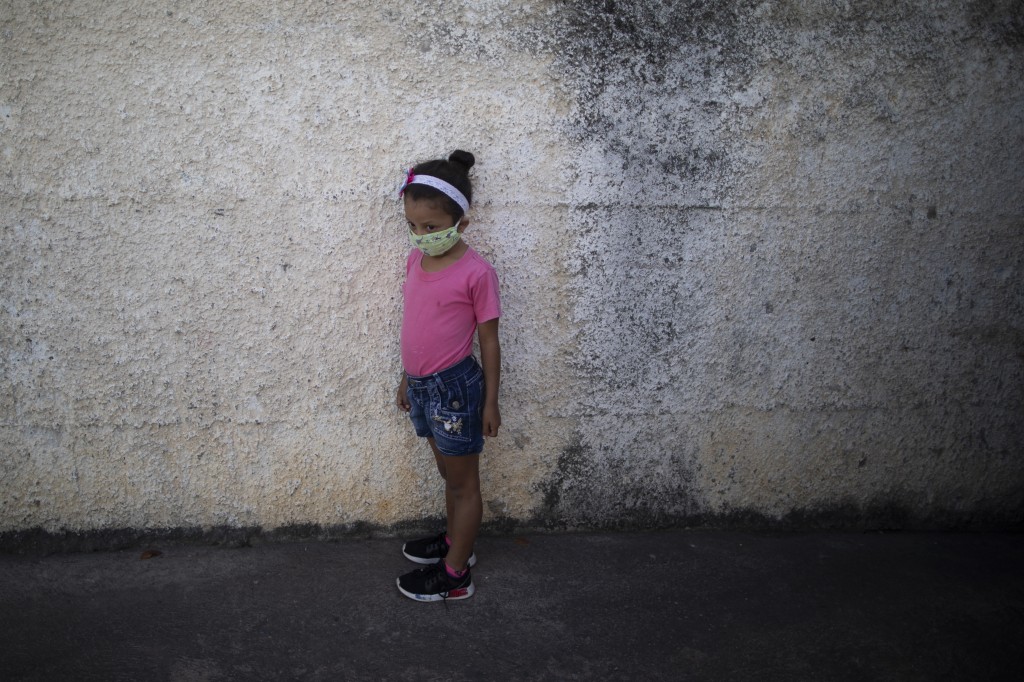 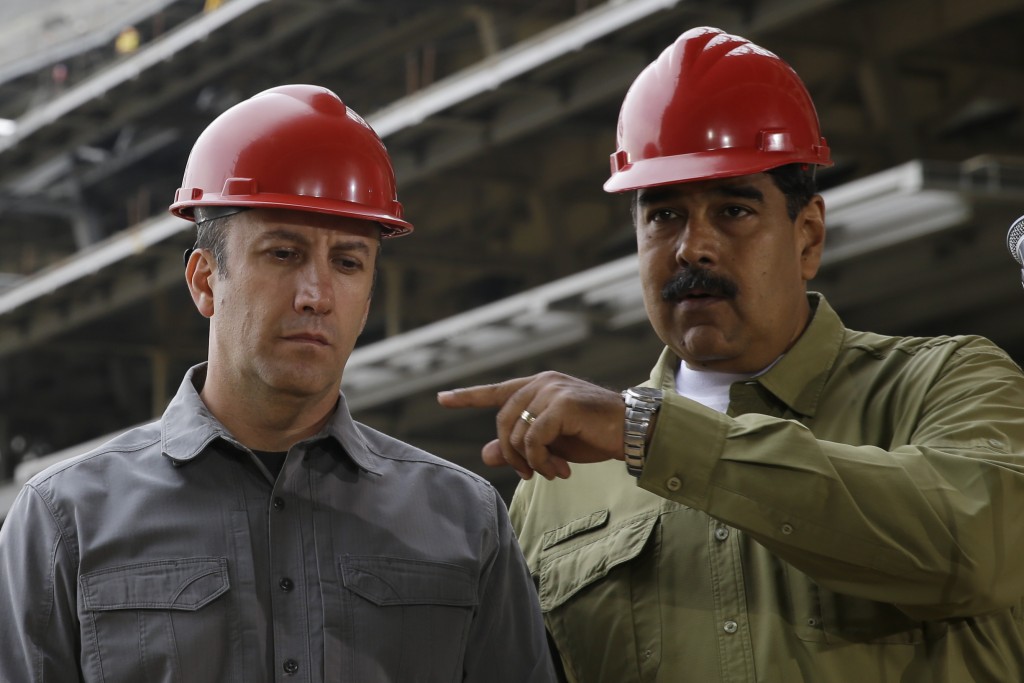 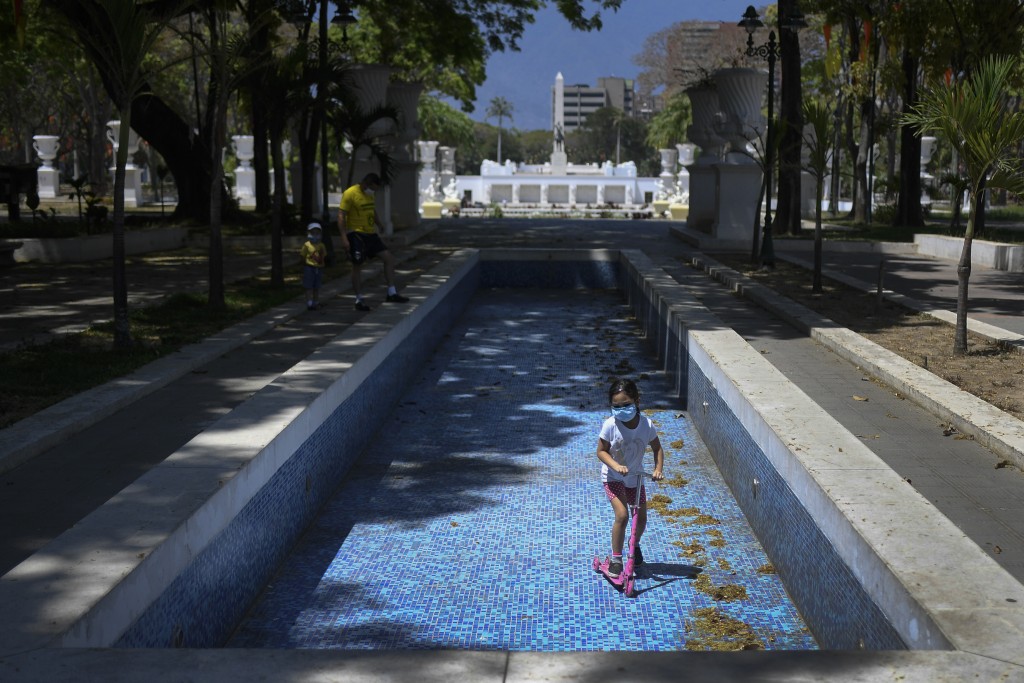 CARACAS, Venezuela (AP) — A controversial shipping magnate supplying gasoline to his native Venezuela said he’ll do whatever it takes to prevent worsening fuel shortages from igniting a social explosion that he warns could be worse than anything caused by the COVID-19 pandemic in the South American country.

Wilmer Ruperti gave his first interview in years after The Associated Press reported earlier this month that his company, Maroil Trading Inc., was buying gasoline that most companies are refusing to sell to the bankrupt, heavily-sanctioned socialist country. He said the first 300,000 barrels arrived last week and another 1 million are on the way.

He rejected criticism that he's throwing a lifeline to Nicolás Maduro and said the Trump administration is aware of what he described as “humanitarian work.” He said his goal is to ease the suffering of regular Venezuelans caught in the middle of a 16-month standoff between Maduro and the head of congress, Juan Guaidó, whom the U.S. and some 60 nations recognize as interim president.

“This isn't about my business,” Ruperti told The Associated Press Wednesday at his modernist hilltop mansion overlooking Caracas. “It's about helping the Venezuelan people, who are suffering the consequences of a number of political actions."

Ruperti's gas shipments — barely enough to meet demand for a few days — won't resolve Venezuela's supply problems any time soon. The oil-dependent economy has been paralyzed for weeks, with sporadic unrest and clashes with security forces charged with protecting gas stations from irate motorists forced to wait for hours to fill up.

But Ruperti says he's undeterred and would bring far larger quantities if allowed. A former oil tanker captain, he's come to the rescue of Venezuela’s socialist government before: in 2002, he chartered a fleet of Russian tankers to import gasoline amid a months’ long strike at state-run oil giant PDVSA, a move that endeared him to then President Hugo Chávez.

“Maduro is Venezuela’s president, there can be no doubt about that," he said when asked about whether Maduro would benefit from his actions. "But this goes beyond the president. At the end of the day you’re helping the Venezuelan people, common folk who go to work everyday and rely on transport to get to their jobs, a doctor or for the distribution of food.”

Among those agitating for relief is Carlos Pedroza, who on Wednesday had made it to the front of the line after a nearly 24-hour wait to fill up his van at a gas station in Caracas. Documents on his dashboard prove he works for a pest control company, giving him the right to fill up. While he's no fan of Maduro, he said he doesn't care who resolves the country's fuel shortages.

Ruperti, 60, declined to disclose from where he was purchasing the oil. But he said funds had partly come from PDVSA and that to avoid U.S. sanctions Maroil, which is registered in Panama with an affiliate in Europe, opened a bank account in Russia. The AP previously reported the accounts were in Moscow-based Derzhava Bank.

“I would prefer to have my accounts in Citibank or Bank of America, but now that's not happening,” he said from what he called his “situation room” dotted with large monitors displaying news, market figures and shipping traffic around the globe. A giant portrait of 19th century independence hero Simon Bolivar hung behind a large desk in an adjacent office.

He said his lawyers notified the U.S. Treasury Department last month about his plans and received no objections. Neither the State Department nor Treasury, which is charged with enforcing sanctions, responded to a request for comment.

Under U.S. sanctions, American companies are all but banned from doing business with PDVSA and even foreign companies that provide financial assistance to Maduro's government can be sanctioned, although so far only a handful, including two trading units of Russia's Rosneft, have faced retaliation.

“I am 100% sure that I am doing this legally and that I am complying with the rules and obligations,” said Ruperti, who considers himself an admirer of the U.S. and has family living there.

In Ruperti's telling, he's a byproduct of what in a more prosperous era was the Venezuelan dream. The son of an cook who migrated to Venezuela from Italy in the 1950s, he was the recipient of government-provided scholarships to study abroad.

But unlike many wealthier Venezuelans, he stuck with Chavez's Bolivarian revolution and saw his business as a prized PDVSA contractor boom. Ruperti showed his gratitude by giving the leftist leader two pistols used by Bolivar, which reportedly cost him $1.6 million. Later, however, he was sued by a unit of the Russian shipping company for allegedly paying millions in bribes

More recently, he funded the defense of first lady Cilia Flores’ two nephews in a politically charged U.S. narcotics trial as well as that of American Joshua Holt, who was held for two years in a Caracas jail on what were seen as trumped-up weapons charges.

He said he is heartened by Maduro's recently-announced shakeup of PDVSA, where production collapsed 65% in the last 28 months of the previous management. He said the oil giant, which will be run by a cousin of Chávez with support from an oil minister considered a U.S. drug kingpin, should concentrate on its core business of producing, refining and distributing oil products — not pursuing political objectives.

“We have to get to work,” said Ruperti. “We have to try and marginalize the politicians and work every day a minimum 12 hours to sort out the situation.”