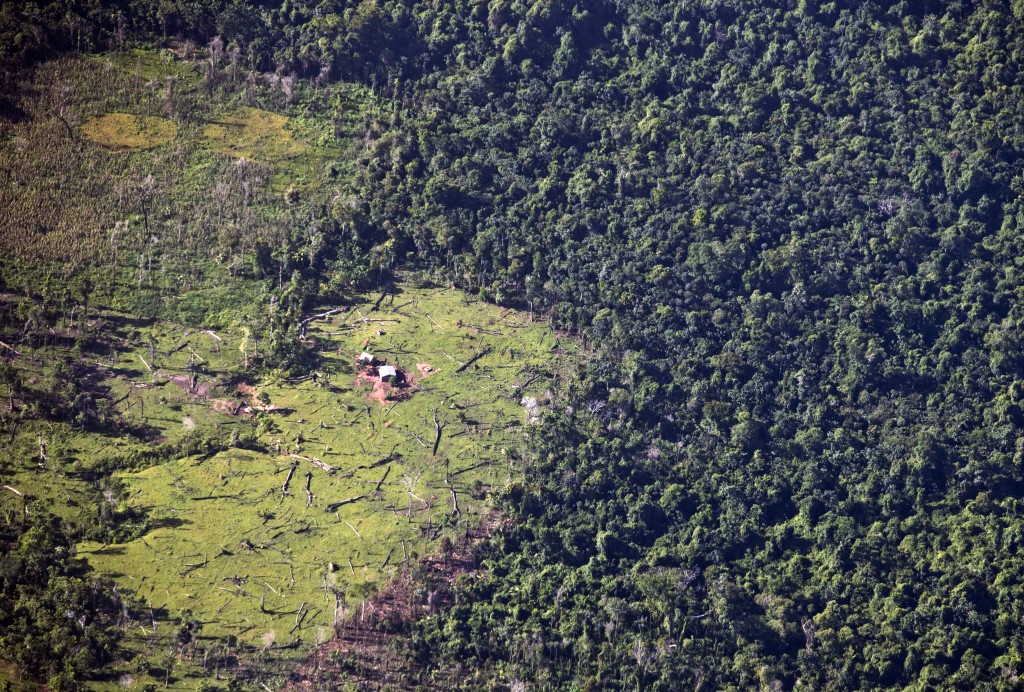 MEXICO CITY (AP) — Nicaragua’s government has not only failed to enforce laws that protect its indigenous peoples and their communal lands, but is actively promoting illegal land grabs and granting concessions to mining and timber companies, according to a report released Wednesday.

Since 2015, more than 40 members of these communities along Nicaragua’s northern Caribbean coast have been killed and many more wounded and kidnapped, according to The Oakland Institute, a California-based think tank. The complaints in many ways echo recent reports of U.N. and regional rights agencies.

Residents say non-indigenous settlers known as “colonos” have been responsible for the killings, but in many cases police do not even come to investigate.

The violence has increased in recent years, obscured first by the government’s crackdown on protests that began in April 2018 and more recently by the world’s attention being diverted by the coronavirus pandemic. So far this year, eight people have been killed in these communities, said Anuradha Mittal, the institute’s executive director and author of the report. Four of those deaths came in late March.

“Violence is escalating when the world is focused on Covid,” Mittal said “The people are like, ‘forget about dying from Covid, we are dying from land invasions.’”

A request for comment from the Nicaraguan government on the contents of the report was not answered.

The spokeswoman for the United Nations High Commissioner for Human Rights condemned attacks that occurred in late January when dozens of settlers attacked the Mayangna community inside the Bosawás Biosphere Reserve.

“Most of the violence has been carried out by settlers as they seek to force indigenous people from their ancestral homes and use their lands for illegal logging and cattle farming,” the U.N. agency's spokeswoman Marta Hurtado said in early February.

On paper, Nicaragua appears to be one of the better countries in terms of protecting its indigenous people and their land. A pair of laws were lauded internationally for guaranteeing these communities’ rights to their land and their right to manage it. One law includes a provision calling for the clearing of indigenous territories of settlers and outside corporations who are there without legal title.

But “the government has failed to enforce these laws, and instead colludes with business interests and plays an active role in the colonization of the protected lands by outsiders,” the institute said. “A constant stream of settlers, central government interventions, forestry and extractive industries, threaten their lands, economic well being, and political autonomy.”

The communities have had success in the Inter-American Court of Human Rights, but the government has not backed up those decisions from the regional court.

The situation is further complicated by the personal business interests of the family of President Daniel Ortega. The report outlines the family’s ties to one of the most active timber companies working in protected areas.

The government has also promoted international mining opportunities that have advanced with government backing despite local resistance.

“The forest cover in Nicaragua has dropped from 76 percent in 1969 to 25 percent today,” the report said.

Ortega’s 2018 repression of street protests caused more than 328 deaths, according to the Inter-American Commission on Human Rights. More recently, the government has faced international criticism for not implementing social distancing measures and even promoting mass gatherings despite the COVID-19 pandemic.

Nicaragua’s indigenous communities have turned to international courts, because they found no redress in Nicaragua’s justice system, Mittal said.

“It becomes a responsibility of the international community to hold individual governments accountable,” she said. “And that is what the intent of the report is, to drag this dracula out into the sunlight and let international attention be poured over it.”