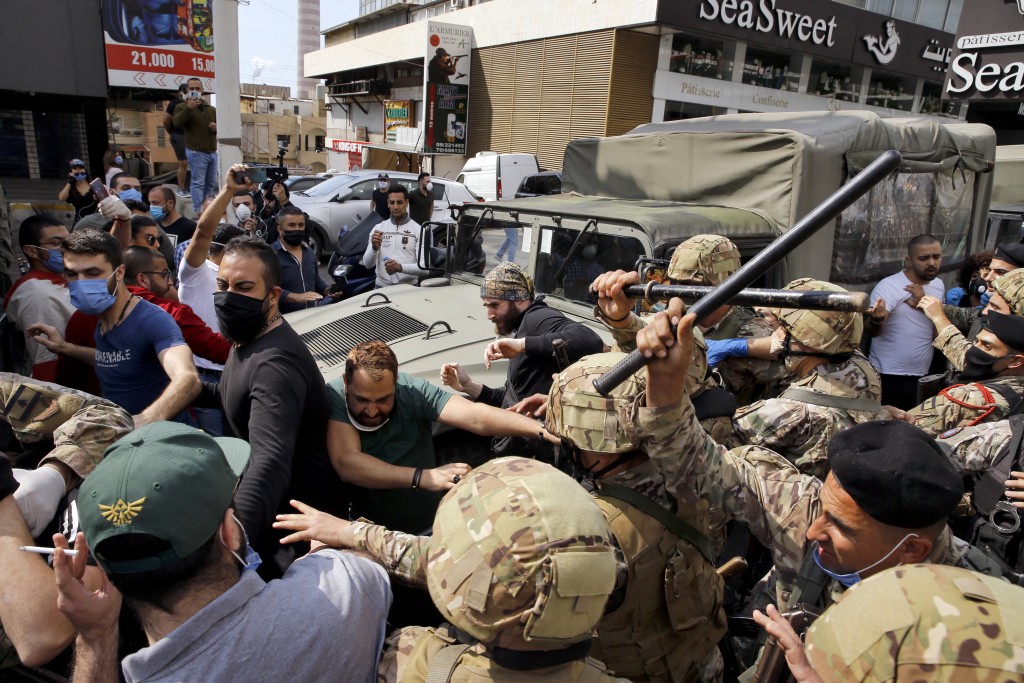 TRIPOLI, Lebanon (AP) — Anger over the crash of Lebanon's national currency that sent food prices soaring boiled over into street violence overnight in the northern city of Tripoli, where a man wounded in clashes between protesters and security forces died Tuesday.

Protests also erupted elsewhere in Lebanon, leaving scores injured and more than a dozen people detained, according to the Lebanese military.

Last week, scattered anti-government protests resumed as authorities began easing the weeks-long lockdown to limit the spread of the coronavirus pandemic in Lebanon, which has reported 710 cases and 24 deaths so far.

The Lebanese army said “troublemakers who had infiltrated the protesters to attack banks" also threw firebombs and grenades at the military, setting a military vehicle on fire. It said 54 troops were injured across the country and that the army detained 13 people.

Public anger has mounted against banks in Lebanon after they imposed capital controls on people's accounts. Over the weekend, the Lebanese pound hit a record low, with 4,000 pounds to the dollar on the black market while the official price remained at 1,507 pounds.

On Sunday night, the Central Bank of Lebanon instructed currency exchange shops not to sell the dollar for more than 3,200 pounds. On Monday, most exchange shops were not selling dollars, saying clients who have dollars are refusing to exchange their hard currency at such a low price.

Several exchange shop owners were detained Monday for violating the decree, prompting a strike Tuesday by shop owners until the detainees were set free. The dollar surged on the black market to 4,300 pounds on Tuesday.