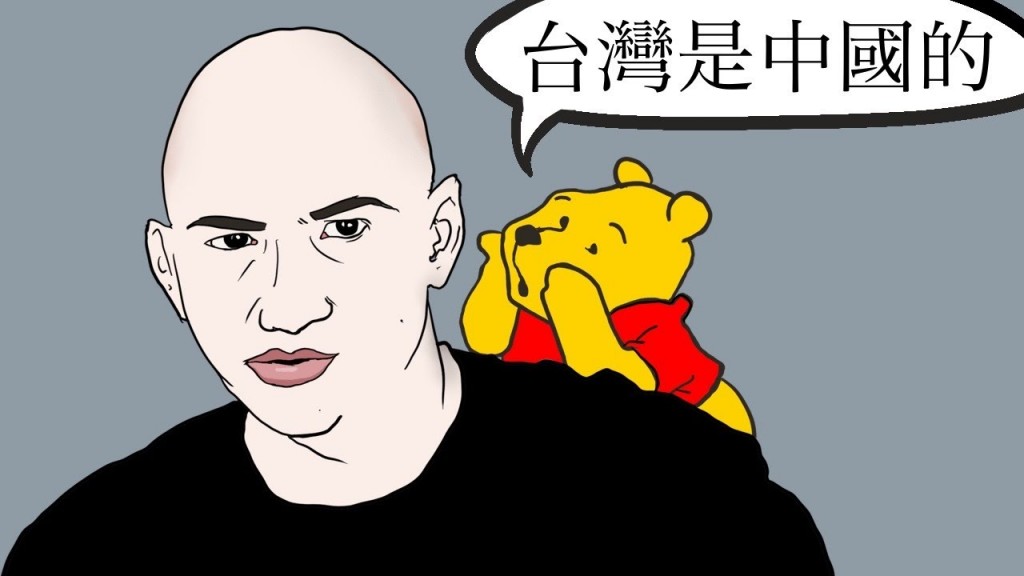 TAIPEI (Taiwan News) — In his latest video, a British blogger with strong ties to Taiwan goes after American YouTuber Nathan Rich's erroneous claims that Taiwan is part of China.

In his latest YouTube video uploaded on Sunday (April 26), Christopher Raymond Hall, who goes by the handle DREAM清醒夢LUCID, itemized and refuted each of Rich's claims in a video about China's supposed sovereignty over Taiwan. Hall started out by introducing Rich, an American and former Scientologist who now works in Beijing as a propagandist for the Chinese Communist Party (CCP).

In response to Rich's claim that "Taiwan is not a nation," Hall pointed out that Taiwan has its own currency, military, flag, president, and democratic legislature. After Rich claimed "Taiwanese separatists" were attacking the World Health Organization (WHO), Hall retorted that President Tsai Ing-wen (蔡英文) has rejected the proposed "one country, two systems" framework, declaring that Taiwan and China are in fact "two countries, two systems."

Rich then went on to say that "Taiwan is not a country, Taiwan is not a nation, it is not a sovereign state. And that's not just my opinion. That's just a fact." In disgust, Hall said, "You may be OK selling your soul to the CCP, but I am not."

Rich then posited the theory that China is still in the midst of a civil war and that the best option is "peaceful unification." He reiterated that "Taiwan is part of China," to which Hall responded, "Have you been to Taiwan? Have you lived in Taiwan?"

Hall then explained that the Chinese Civil War has been long over for many decades and that "Taiwan is a peaceful country minding its own business." He then stated that what China is doing is threatening to start a new war with the premise that Taiwan is part of its territory.

The British blogger, who has lived and traveled in Taiwan extensively said the Taiwanese people only want peace and that Rich's broad pronouncements do not equate with a thorough understanding of China and Chinese culture. Furthermore, he added that Rich has never lived in Taiwan and does not have a modicum of understanding about the country.

Hall argued that his Rich's statements only show that he has a grasp of the CCP's propaganda line and how to parrot it, quipping that only those who have been "bought, bribed, or intimidated by China" would claim Taiwan is not a country.

He also observed that Rich never attacks the CCP, which he depicts as "misunderstood or victims." Rich's videos often include claims that are meant to "stir up animosity towards white people," said Hall.

Rich has been known to attack South African YouTuber SerpentZA for his critical coverage of the CCP, as well as pro-democracy activists Denise Ho and Joshua Wong. Rich's target audience appears to be Chinese nationalists, who see him as their "white knight," according to Hall.

Hall said that Rich's favorite tactic is to accuse Westerners of being racists, white supremacists, or fascists. He then listed several heavily censored topics in China, such as Hong Kong activists being sexually assaulted by police, the Tiananmen Square Massacre, sterilization of Xinjiang women in concentration camps, repression of the Tibetan people, destruction of temples and churches, and suppression of religion by the CCP.

The British blogger then came to two conclusions about Rich: First, that his audience is not Westerners, but Chinese with a VPN; second, that he does not "have a deep understanding of Chinese culture."

A fluent speaker of Mandarin himself, Hall said that Rich speaks very little Chinese in his videos, and mainly relies on Chinese subtitles to get his message across to his target audience. Hall also questioned Rich's ability to talk about these topics in fluent Mandarin or read or watch Chinese news.

Despite the fact that he sells T-shirts which read "It's OK to love China," Rich has exhibited little in the way of Mandarin-speaking skills or interest in other facets of its culture. Hall concluded that Rich's videos are just "a fantastic show of smoke full of sound and fury, signifying nothing."