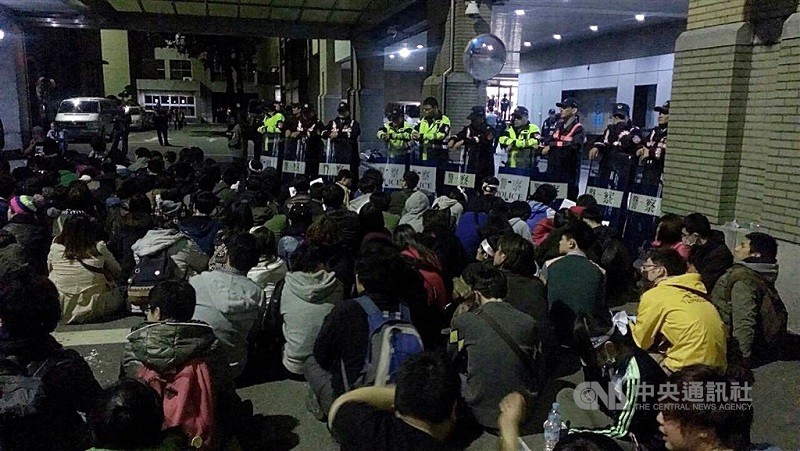 TAIPEI (Taiwan News) — Seven activists who were charged with inciting supporters to break into the Cabinet building as part of the Sunflower Student Movement were found guilty on Tuesday (April 28) by Taiwan High Court judges and sentenced to two to four months in prison, which can be commuted to fines, CNA reported.

The 2014 Sunflower Student Movement, which lasted from March 18 to April 10, was triggered by the flouting of legislative due process by Taiwan’s ruling party, Kuomintang (KMT), in its efforts to push the Cross-Strait Services Trade Agreement (CSSTA), a major trade deal with China, through the legislature.

Instead of conducting a promised item-by-item review, KMT legislator Chang Ching-chung (張慶忠), the convener of the Internal Administration Committee, unilaterally declared on March 17 that the review period had already ended and that the bill would be submitted to a plenary session on March 21.

The next day, student groups pushed into the legislative compound, culminating into the Sunflower Student Movement, which had a lasting impact on the country’s recent politics. The groups later broke into the Cabinet building on March 23 but were expelled shortly after.

In 2019, the Taipei District Court found seven activists, including students Dennis Wei (魏揚) and Chen Ting-hao (陳廷豪), not guilty for their part in the Cabinet building occupation case.

However, the high court overruled the district court’s decision and ruled that the seven activists were in fact guilty of inciting people to commit crimes. The activists were sentenced to two to four months in prison, but the case can still be appealed.