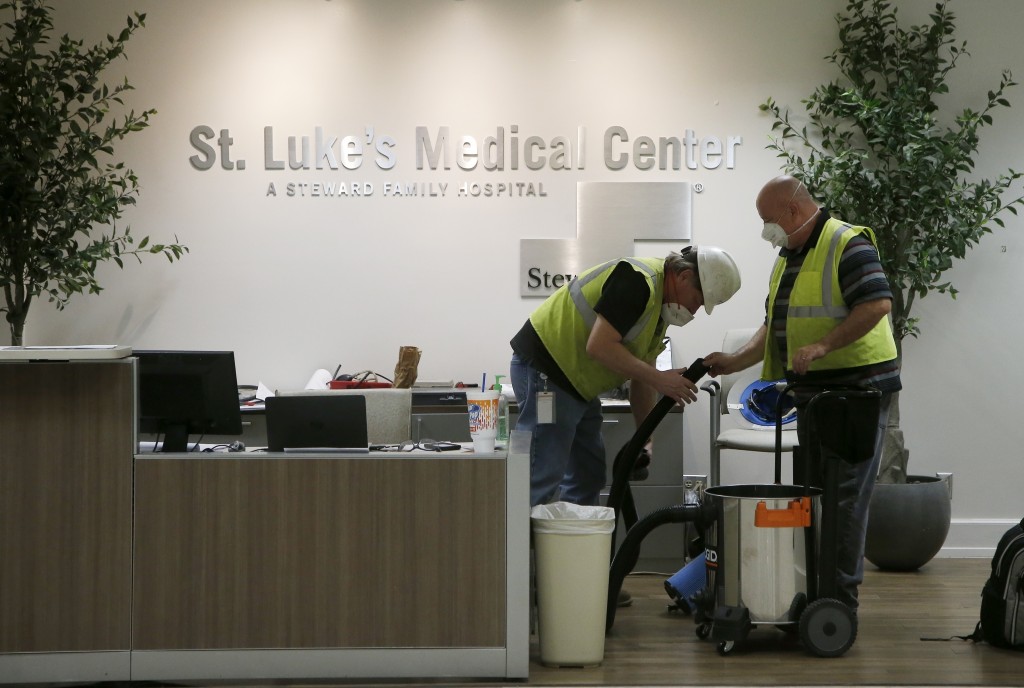 WASHINGTON (AP) — As states gear up to reopen, a poll finds a potential obstacle to controlling coronavirus: nearly 1 in 10 adults say cost would keep them from seeking help if they thought they were infected.

The Gallup-West Health Healthcare Costs Survey out Tuesday finds that 9% of those age 18 and over would avoid seeking treatment because of concerns about the cost of care, even if they thought they were infected with the coronavirus.

A significantly higher number — 14% — would avoid seeking treatment because of pocketbook worries if they had fever and a dry cough, two widely publicized symptoms of COVID-19.

Although Congress and President Donald Trump have made coronavirus testing free to patients, and some insurers are waiving copays and deductibles for treatment within their networks, the survey suggests such messages may not be getting to the public.

With so many reluctant to seek care, “it could pose problems in testing people,” Auerbach added. “Without widespread testing, it will be problematic to lift the restrictions.” Auerbach's group works with government at all levels to strengthen public health, and was not involved with the poll.

Experts say that to succeed, the nation's reopening has to be based on three pillars: testing, tracing those who came in contact with infected people, and treatment for those who become ill.

If people who may be sick are reluctant to come forward, that could create a blind spot for governors and public health officials trying to calibrate reopening plans to quickly contain potential virus flare-ups.

The survey found that members of minority groups, younger people, those with less than a college degree, and people making less than $40,000 a year were more likely to say they would avoid treatment for economic reasons.

Fourteen percent of nonwhite poll respondents said they would avoid treatment even if they suspected they had the coronavirus, compared with 6% of whites citing costs. Yet COVID-19 has proven to be more lethal among blacks and Hispanics, a grim phenomenon linked to higher rates of underlying diseases such as diabetes, and lower rates of health insurance coverage.

Among age groups, the survey found those 18-29 were the most likely to avoid treatment. Although COVID-19 claims a disproportionately high share of victims among older people, there's plenty of evidence that seemingly healthy young adults are can also get seriously sick.

In the poll 12% of those 18-29 said they would avoid treatment because of cost worries. Adults ages 50-64 were the least likely to avoid care, with only 3% citing pocketbook issues as a barrier. Surprisingly, 7% of those 65 and older said cost would be an issue for them. Virtually all U.S. seniors are covered by Medicare, and many have additional protection for out-of-pocket expenses.

The poll also found income was a dividing line in Americans' attitudes. Only 3% of those making $100,000 or more cited cost as a barrier to COVID care, compared with 14% of those earning under $40,000.

“A pretty substantial chunk of the population could remain hidden from view because of the U.S. health care cost crisis," said Dan Witters, research director for the poll.

The Gallup-West Health Healthcare Costs Survey was based on telephone interviews conducted April 1-14, with a random sample of 1,017 adults, ages 18 and older, living in all 50 U.S. states and Washington.

For results based on the entire sample the margin of error is plus or minus 3.7 percentage points