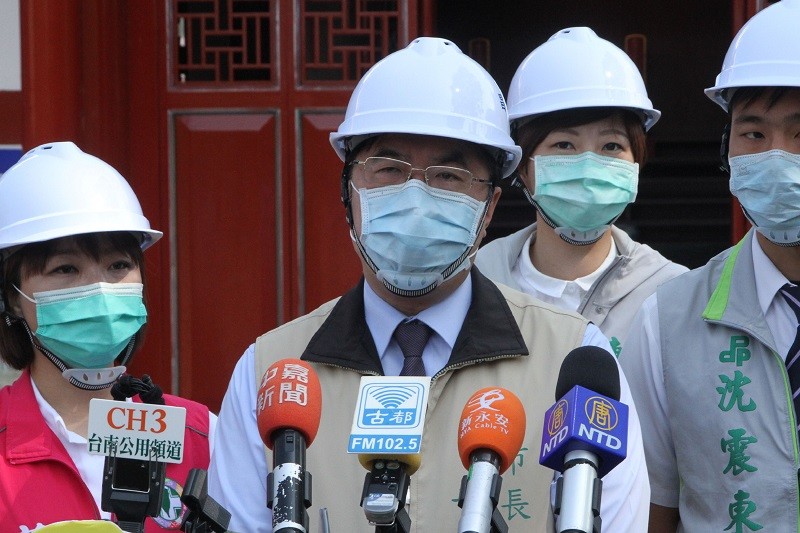 TAIPEI (Taiwan News) —Tainan Mayor Huang Wei-che (黃偉哲) on Monday (April 27) accused the central government of sending out COVID-19 crowd warnings that are completely off the mark, saying, “I don’t know why the Tourism Bureau is always picking on Tainan City,” CNA reported.

Huang said the Ministry of Transportation and Communications’ (MOTC) Freeway 1968 (高速公路1968) app warned of crowded conditions at 178 attractions across Taiwan on Sunday. There were reportedly 27 crowded locations in Tainan.

Earlier this month, Huang was unimpressed by the Central Epidemic Command Center’s (CECC) national warning on April 4 during the Tomb Sweeping Day holiday, which alerted citizens to crowded and unhealthy conditions at 11 attractions in Taiwan due to the ongoing Wuhan coronavirus (COVID-19) pandemic. Four of Tainan’s attractions were included in the warning.

On average, visitors to these locations during the Tomb Sweeping Day holiday numbered about 2,000 and 3,000 every day. This did not surpass the limit on crowds, the mayor said, adding that it appeared the sites were randomly selected.

On Monday the mayor fired back at the crowd warning function of the Tourism Bureau’s app, saying Sunday’s data was unacceptable. He went on to add that 27 of the more than 170 attractions labeled as crowded by the bureau's app on Sunday were located in Tainan.

This made the city the “number one” place to avoid once again, the report said. Huang added that it was unbearable to see the city stigmatized in this way.

The mayor pointed out that he specifically assigned the city’s tourism bureau and police department to the attractions in question on Sunday to do some on-site investigation, only to find a handful of tourists at some of the allegedly crowded places from morning to night, according to the report. He also mentioned that it was impossible for the crowd at the Shanhua night market to be larger than Ningxia night market in Taipei and wondered why it was included in the warning list.

Only a few locations in Taipei, which has a population of 2.7 million, were included in Sunday’s warning list, while in Tainan, which has 1.89 million people, 27 were included, the mayor was cited by CNA as saying. Vendors at Tainan attractions have experienced a tremendous slowdown in business and the fact these places are being stigmatized as virus hot spots is totally unacceptable, the mayor added.

If Tourism Bureau officials in their Taipei office want to know how crowded certain attractions in Tainan really are, they can contact Tainan City Government, Huang said. The city government will be more than happy to provide them with the correct information, the mayor said.

In response, the Taiwan Tourism Bureau said that it reported only nine locations in Tainan for crowded conditions, while the rest of the hot spots in the city were provided by the CECC and Freeway Bureau, according to CNA.