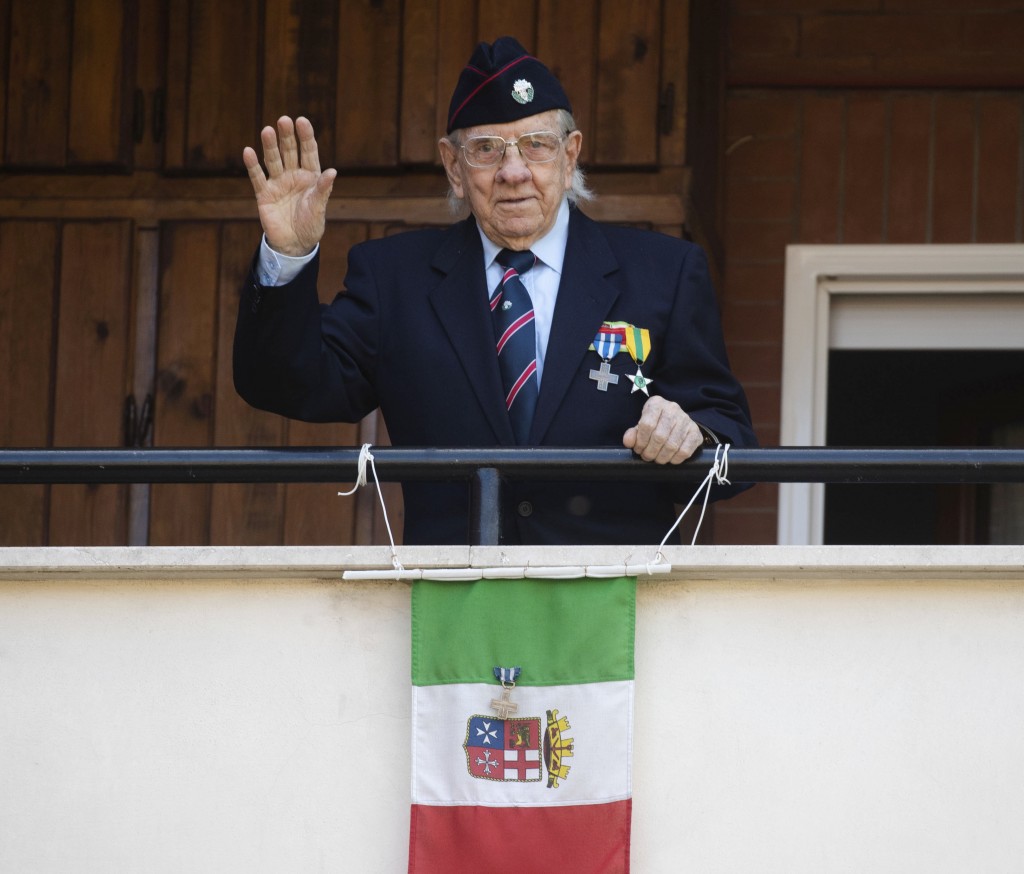 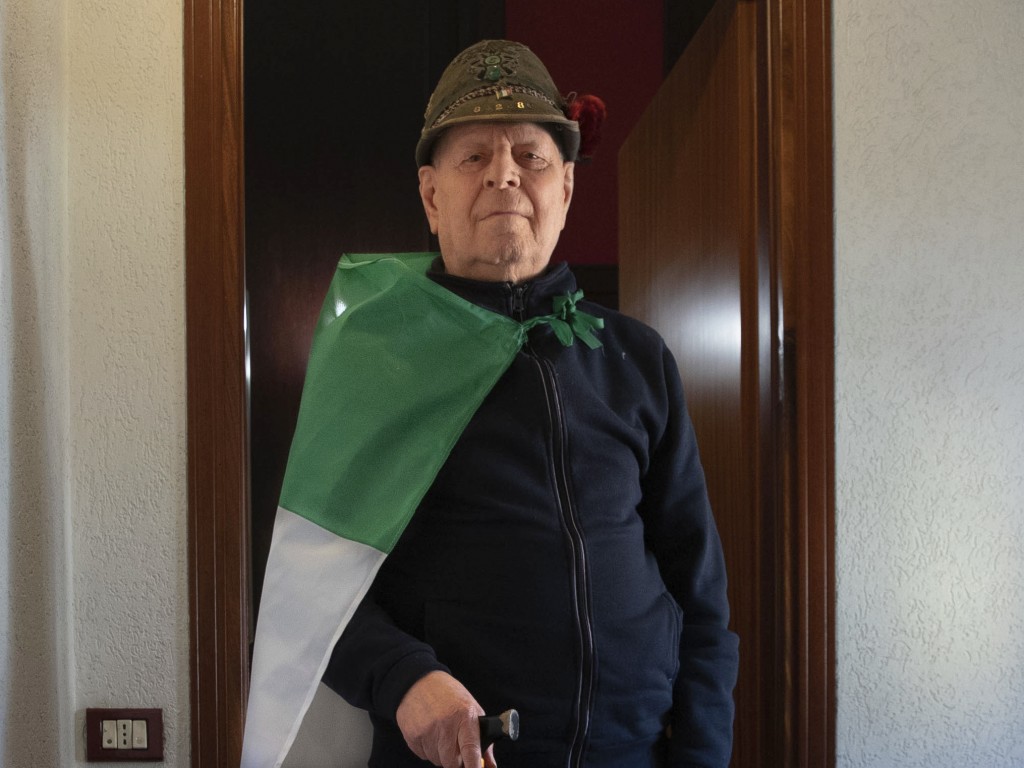 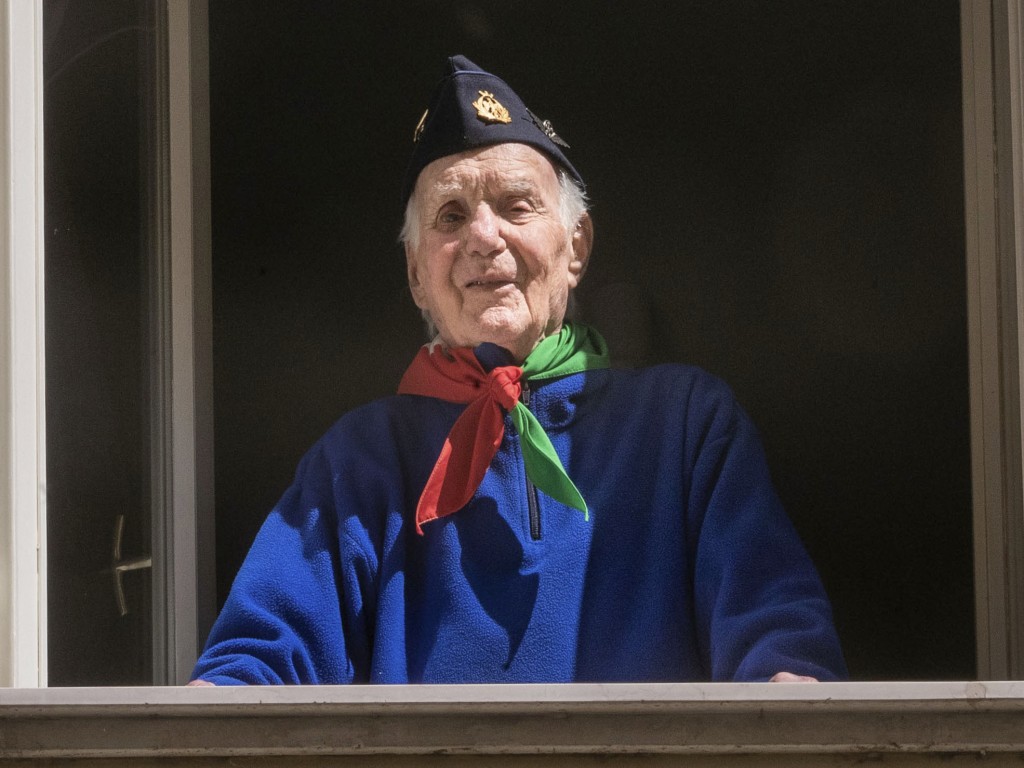 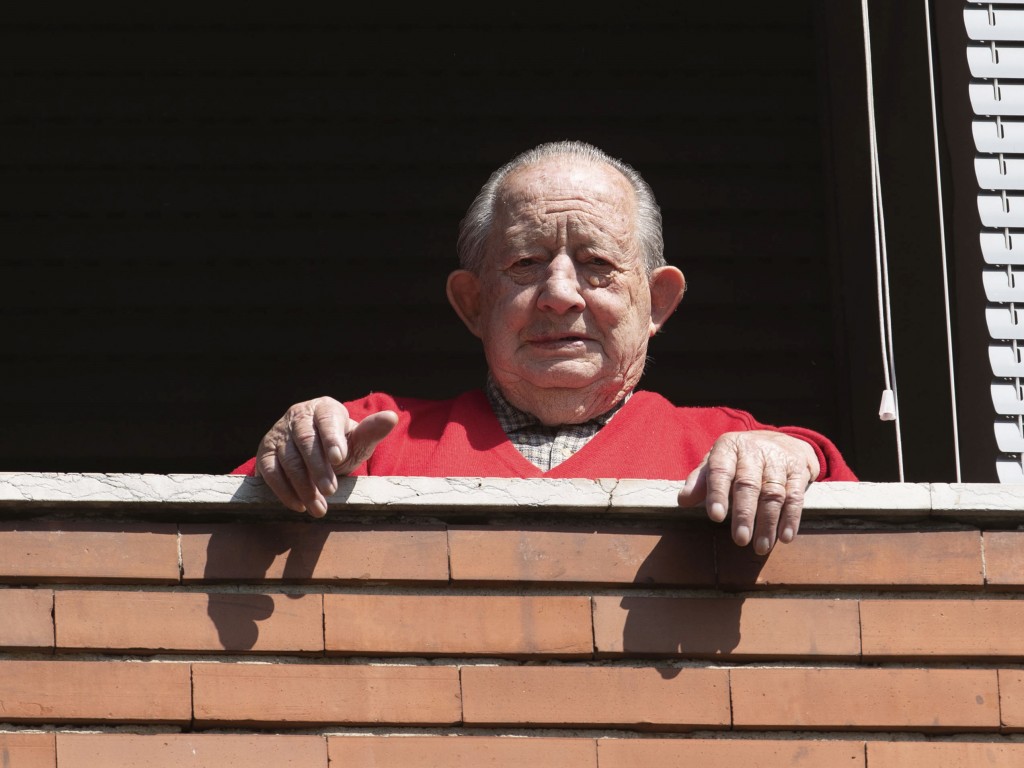 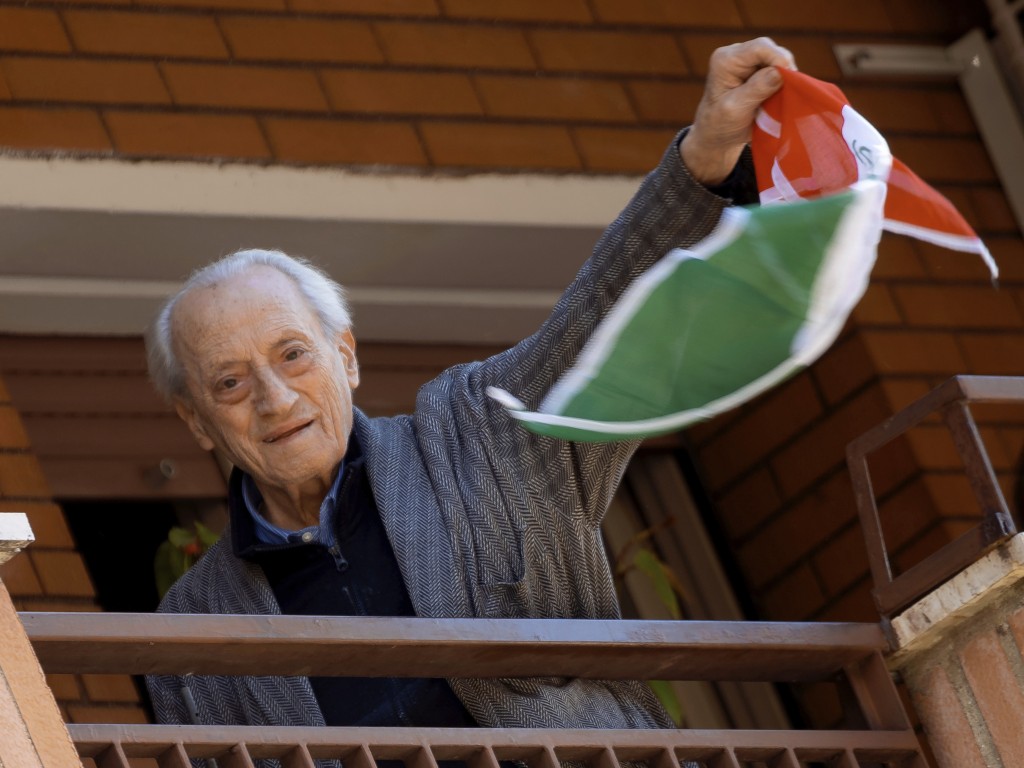 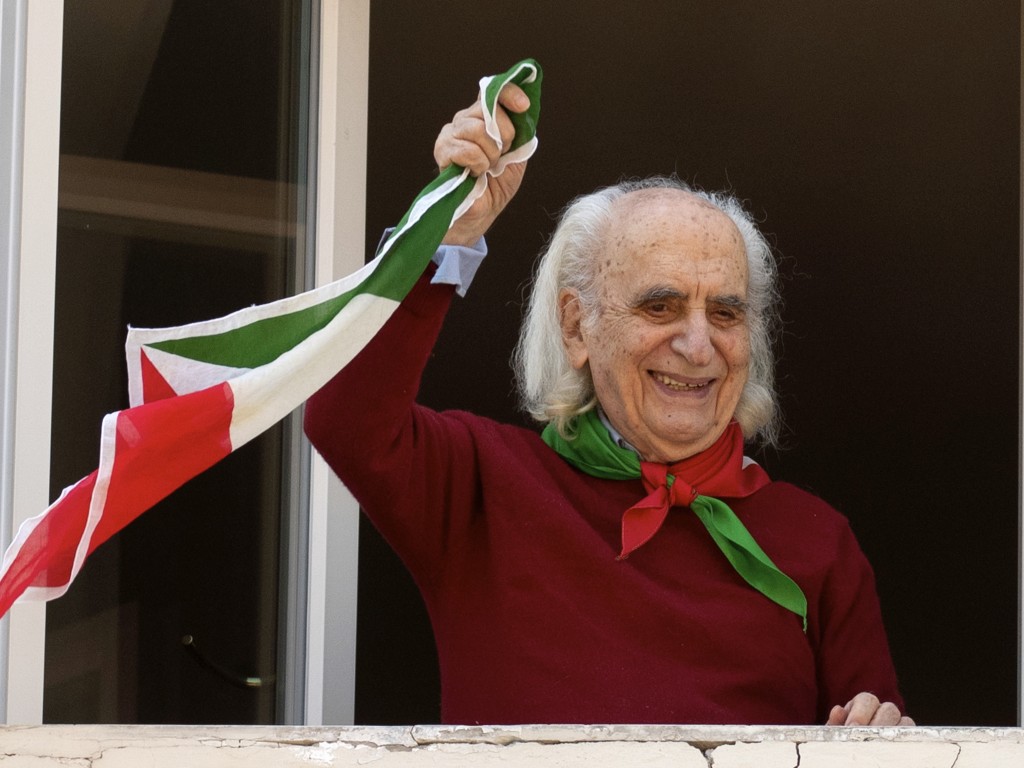 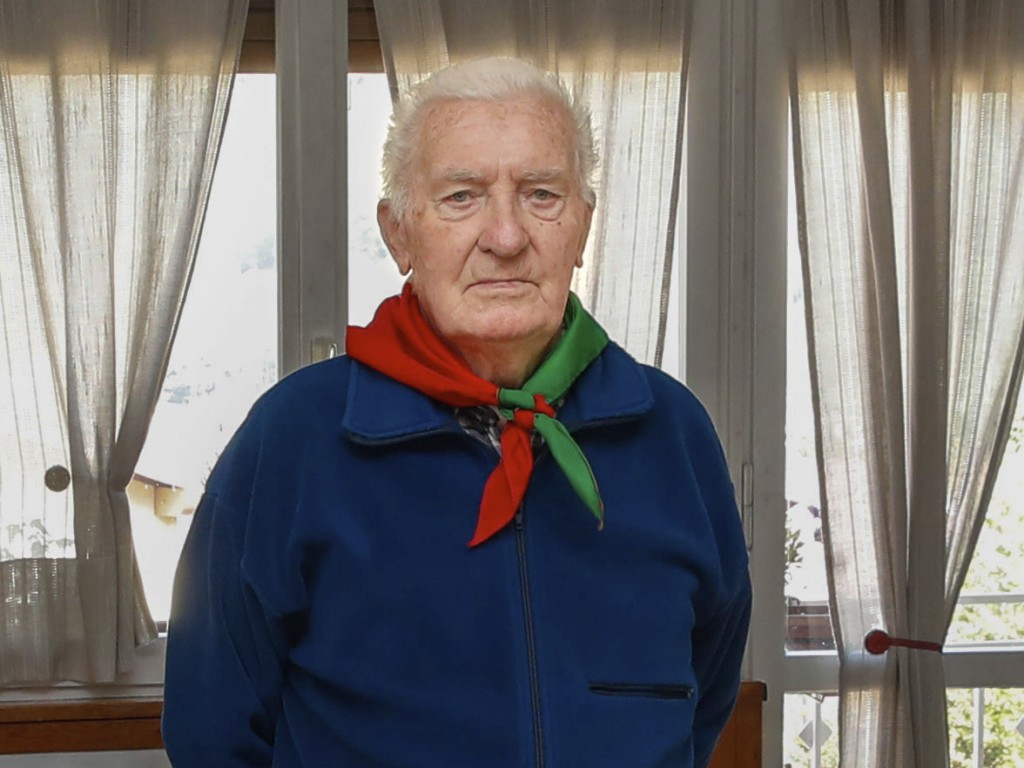 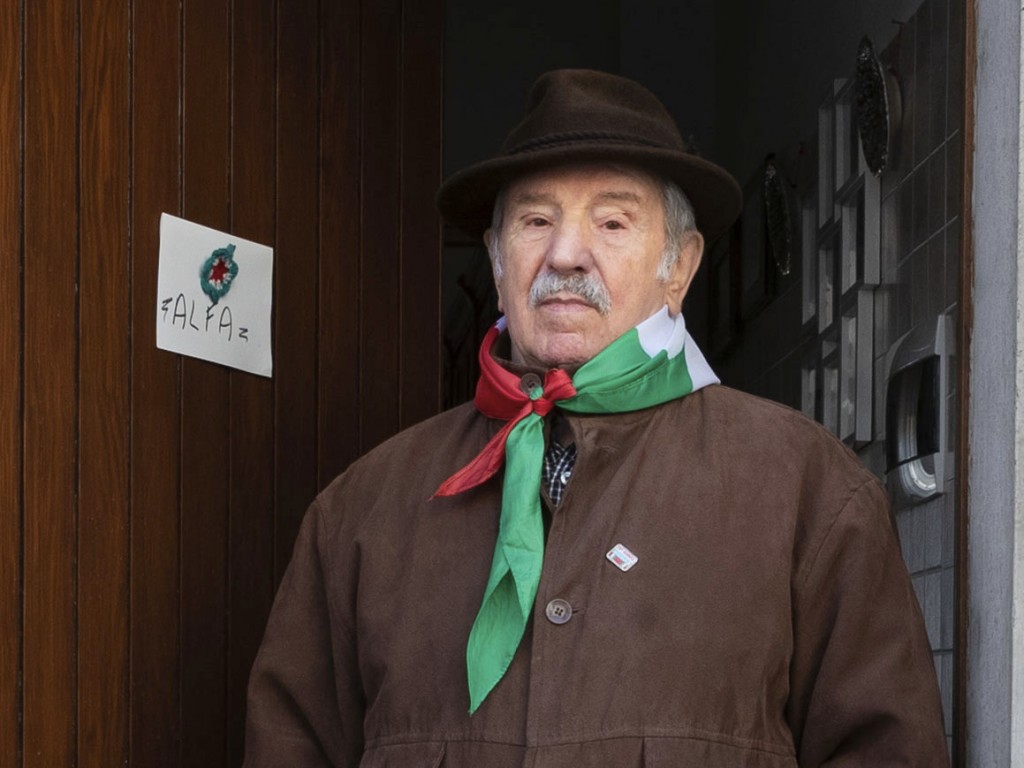 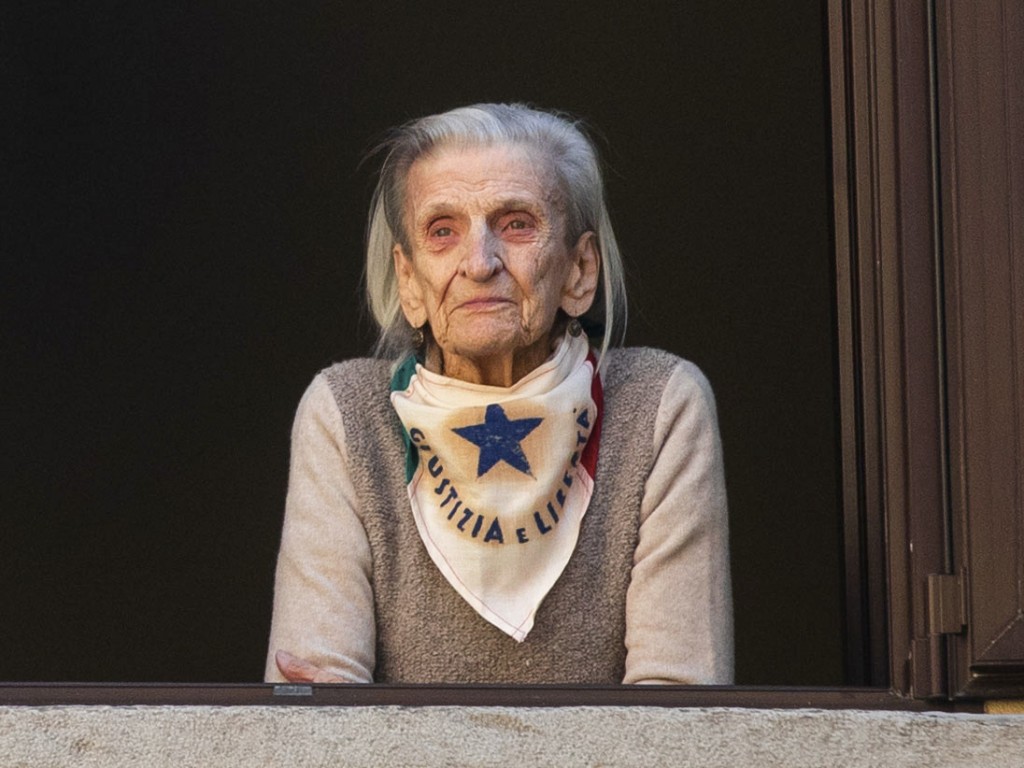 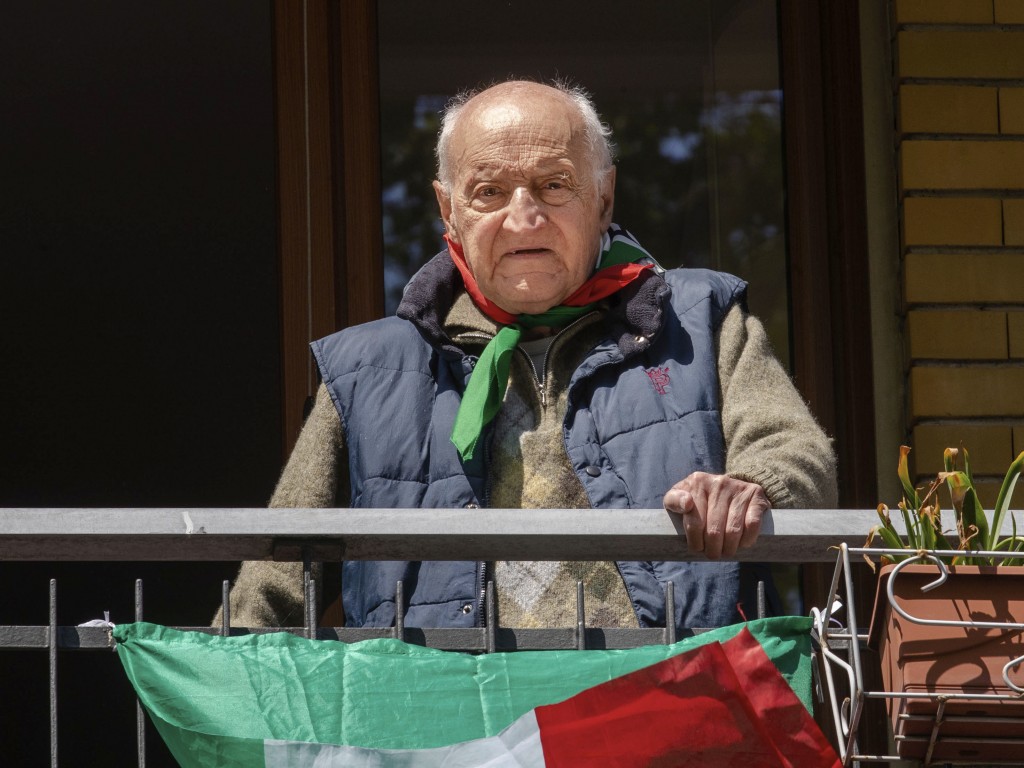 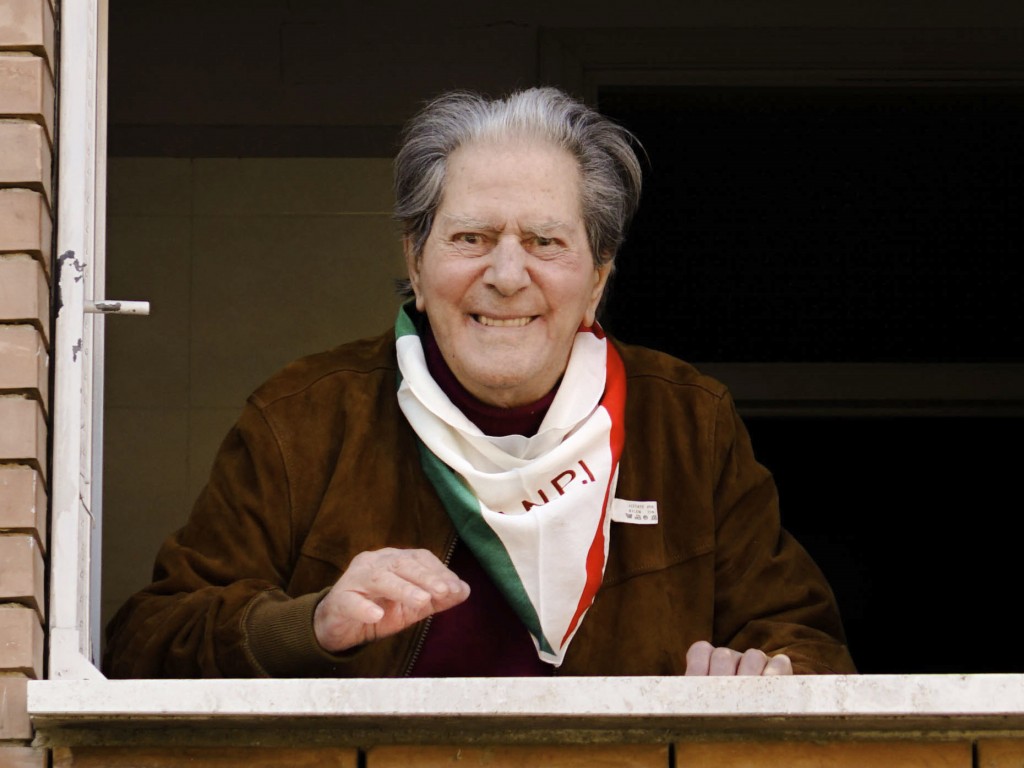 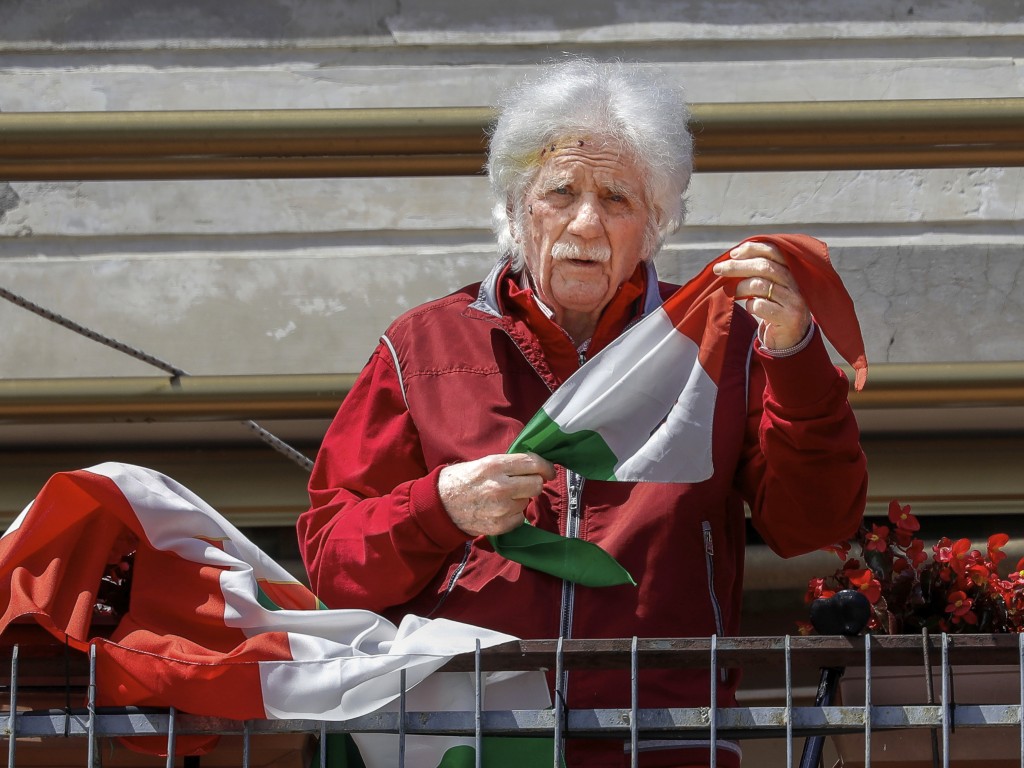 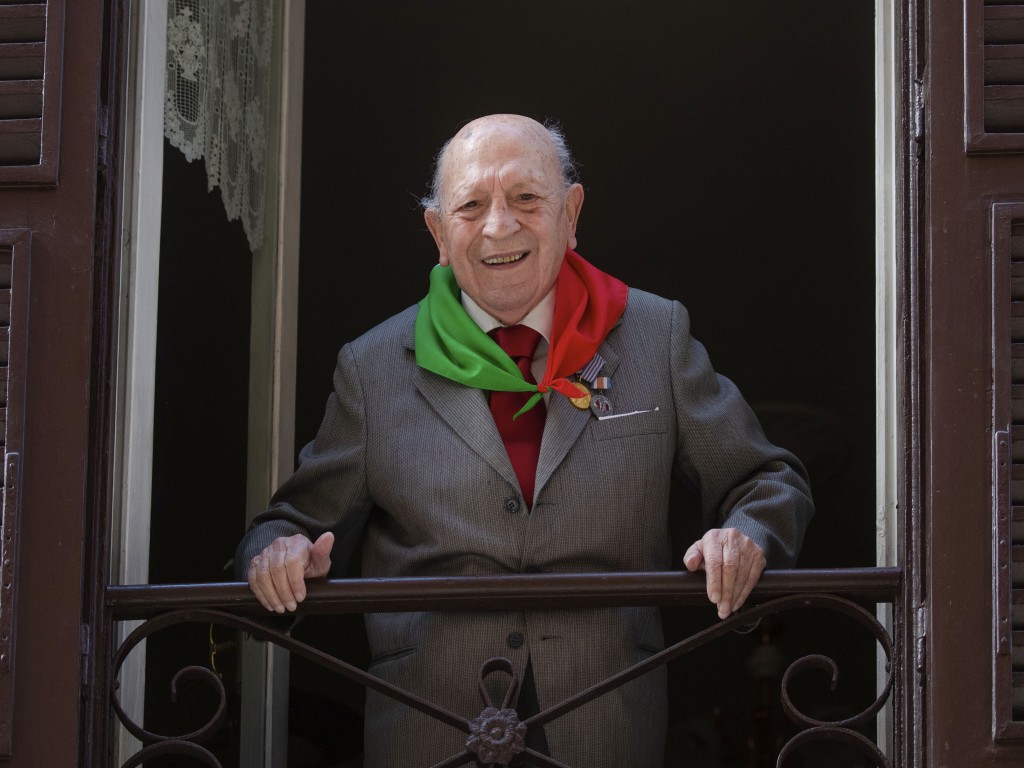 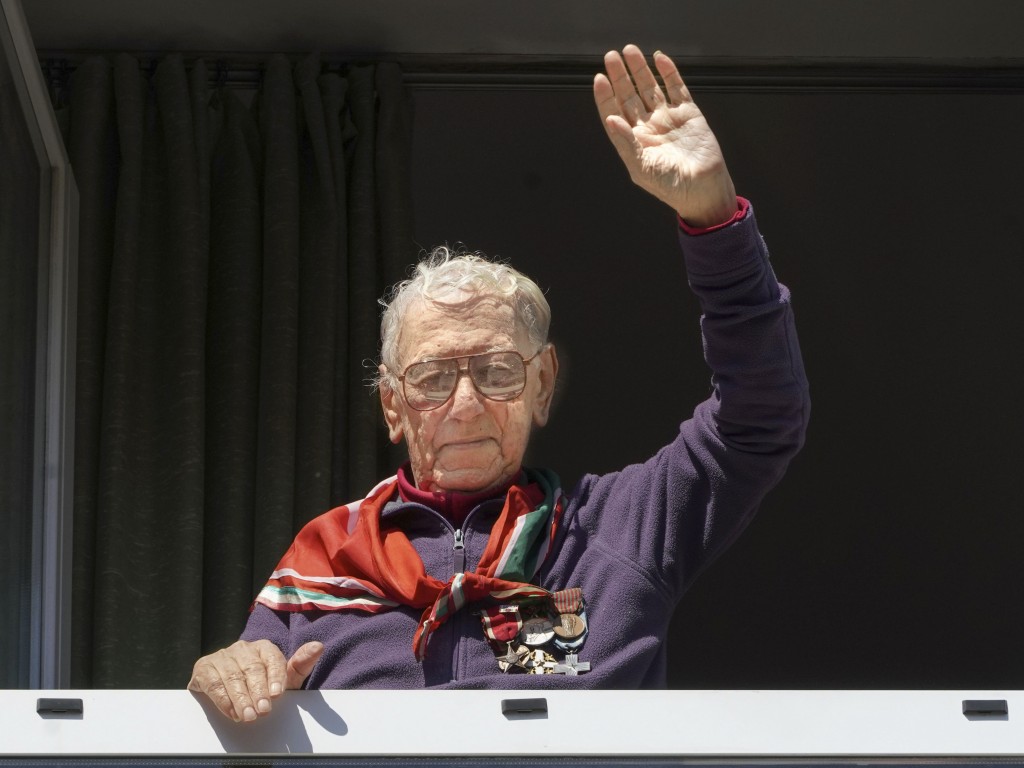 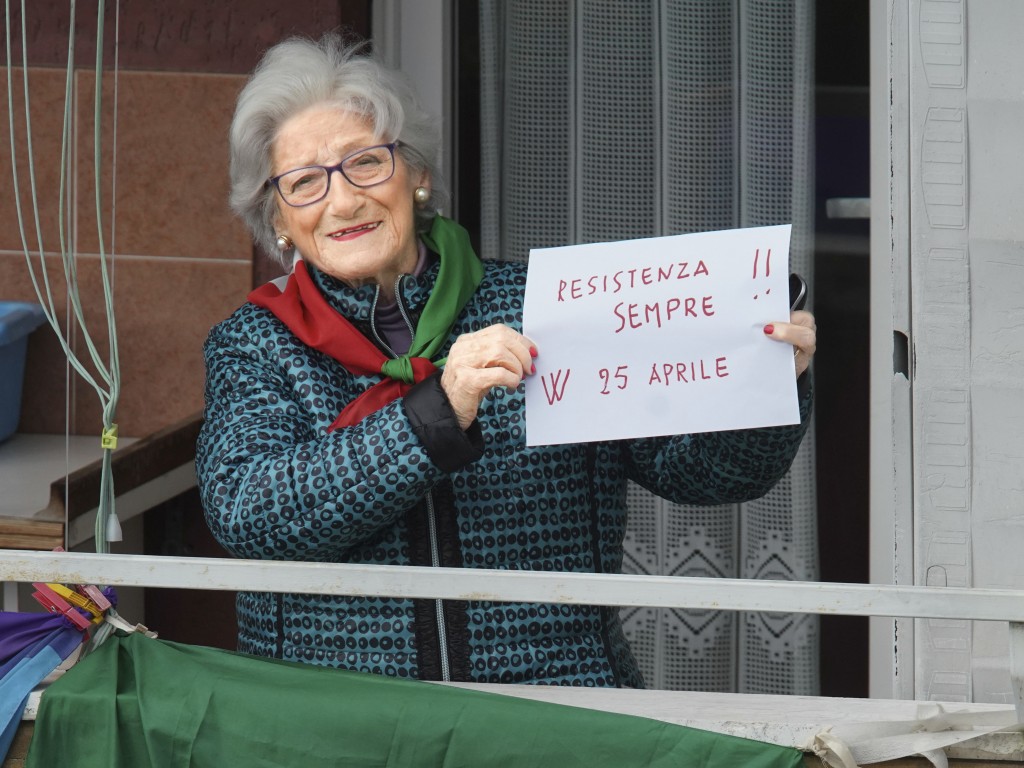 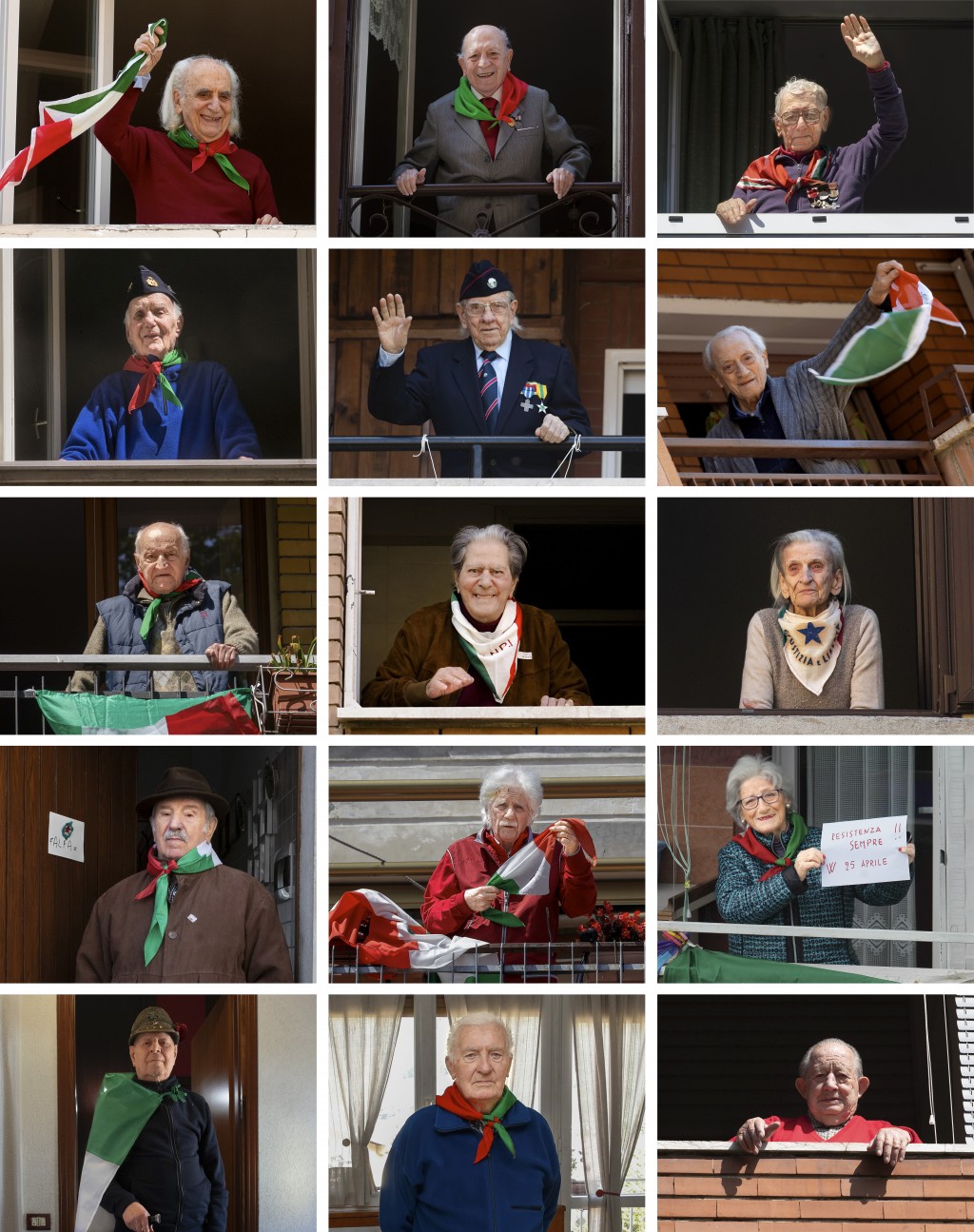 ROME (AP) — Veterans of Italy's anti-Fascist World War II resistance have held marches throughout Italy every April 25 since 1945, to honor the uprising that helped end their country's Nazi occupation.

This year’s 75th anniversary was long anticipated among the dwindling band of elderly survivors. But lockdown measures in the coronavirus-afflicted country mean no marches can be held. So the veterans have resorted to the inventiveness they once employed in sabotage missions and guerrilla tactics against the Germans.

At 3 p.m. on Saturday, when the traditional parade would have started in Milan, where Italian Fascist ruler Benito Mussolini’s body was publicly displayed after his execution by resistance fighters, the National Association of Italian Partisans has invited all to sing “Bella Ciao,” the anthem of Italy’s communist resistance, a major component of the liberation efforts.

On the eve of the anniversary, Associated Press photographers portrayed 15 former partisans at their balconies and windows in several Italian cities. Two display their arrays of medals, most drape the tricolored Italian flag around their necks.

Rodolfo Lai, 92, who, aged 15, killed a German paratrooper with a hand grenade to protect an escaping Italian officer, lamented the cancellation of the marches.

"Never we would have imagined that after 75 years of our resistance against a visible enemy ... today we would have found ourselves resisting an enemy ... invisible and insidious,’’ Lai said from his Rome apartment, referring to the novel coronavirus.

Silvio Anastasi, 88, said life during the war "was much easier for me. The shrewdness, courage and tactical skills we used against the Nazi-Fascists are of no help today in fighting the coronavirus. I feel helpless.”

Elderly people are considered among the most vulnerable for potentially fatal complications of COVID-19.

When Umberto Graziani, 96, was asked how he will celebrate this year, he sounded resigned: “Nothing, no march, I’ll stay home, how sad.”