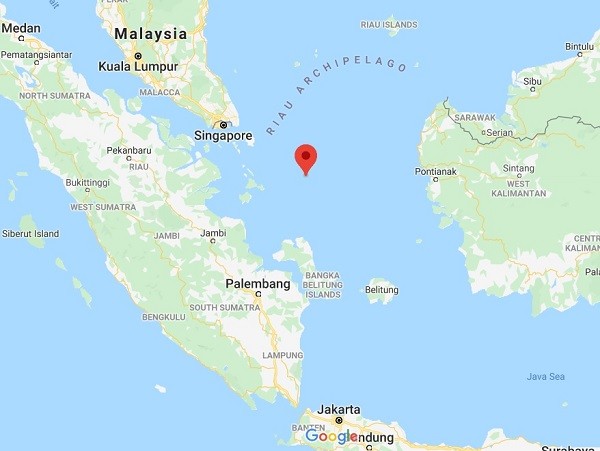 Over the weekend, 24 sailors from the "Goodwill Fleet" were confirmed to have contracted the Wuhan coronavirus (COVID-19). On Sunday (April 19), the government sent a warning to over 200,000 persons of the 90 locations in 10 counties and cities where they may have come in contact with the potentially infectious sailors.

The public soon became outraged at a major loophole in Taiwan's epidemic control efforts, as the number of infections from the fleet has now climbed to 30 sailors. Many were also perplexed at how they could have contracted the disease as the fleet had only initially reported visiting Palau, a tiny island country which has no reported cases of the disease.

However, on Tuesday (April 21) Taiwan Defense Minister Yen Te-fa (嚴德發) revealed that after the fleet completed its mission to Palau, it changed course to monitor China's Liaoning aircraft carrier. Yen said that the vessels were sent to monitor Taiwan’s Air Defense Identification Zone (ADIZ) and its maritime borders as the Chinese warship traveled through the Bashi Channel, before heading southwest.

The announcement only fueled more speculation about the location and actions taken by the fleet during the additional mission. At a press conference on Thursday (April 23), the MND provided information on the "confidential itinerary" to journalists, but because it was of a classified nature, they were not allowed to take photos.

According to the information released, after departing from Palau, it headed southwest toward the Celebes Sea to the south of the Philippines, before turning northwest in the Sulu Sea and entering the South China Sea between Palawan Island in the Philippines and Sabah in Malaysia, reported SETN News.

The fleet then sailed through the South China Sea, south of the Spratly Islands (南沙群島) and continued to head southwest on a course that parallels the coastline of East Malaysia. On the 23rd day of the voyage, the MND revealed that the southernmost extent of the mission was an area of sea with the coordinates of 0° north latitude and 106° east longitude, near Singapore, according to the report.

The location is to the southeast of Singapore and to the west of Borneo. The MND said that after carrying out training exercises near the Pratas Islands, also known as the Dongsha Islands (東沙環礁群島), and the Spratly Islands, the flotilla sailed back to Taiwan.

The flotilla arrived in Palau on March 12, and the ships were docked there for three days. When asked if any non-Taiwanese personnel had boarded the warships, Chang said that when the Kang Ding docked in the Port of Palau, the two countries held a flag-raising ceremony on the ship, including officials from Palau, foreign diplomats, and overseas compatriots onboard.

Chang added that after leaving Palau on March 15, the fleet finally returned to Zuoying naval base on April 9, and in accordance with regulations, the crews stayed on board the ships until April 13, which marked 30 days since they had last left the previous port. On April 14, a joint inspection team boarded the ships to carry out health inspections on the sailors. On April 15, a training ceremony was held for trainees and many sailors took leave, traveling to 90 locations in 10 counties and cities across Taiwan over the next three days. Chang added that there were indeed officers and sailors who left the ship on April 14, but it was for a kind of "sabbatical leave."

Chang said that the directives issued by headquarters were very clear and the leave and sabbatical taken had all been scheduled in advance. He said that as long as health checks had been completed, the officers and sailors could take their leave as scheduled.

The MND did not elaborate on the details of the fleet's actions while in the South China Sea, nor did it mention whether the crews came in contact with foreign nationals during the additional mission after Palau. 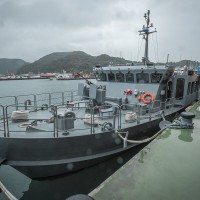 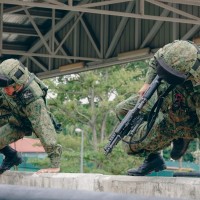