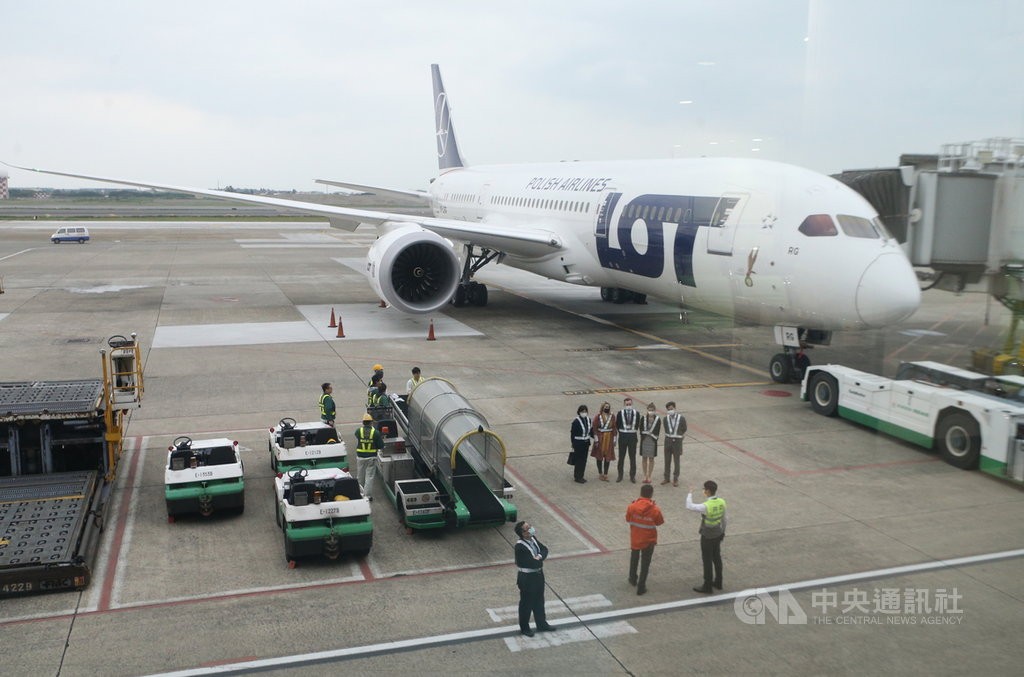 The Ministry of Foreign Affairs (MOFA) stated that the LOT flight had been approved by the Taiwan Civil Aviation Administration (CAA) based on a 2015 bilateral aviation agreement. The plane was designated to carry medical equipment purchased from Taiwan, which did not include any face masks.

MOFA pointed out that Taiwan’s previous donation of 500,000 masks had arrived in Poland on April 10, and the Polish Ministry of Foreign Affairs expressed its gratitude to the island nation.

The arrival of the Polish flight demonstrates the spirit of the two countries' cooperation on epidemic prevention, MOFA stated. Airport ground staff said that a total of eight cargo pallets and one container of medical supplies, totaling about 10 metric tons, were loaded onto the aircraft.

Subject to the country’s epidemic prevention measures, the border unit of Taoyuan International Airport stated that the Polish flight crew had arranged to stay at the Novotel China Airlines Taoyuan Airport Hotel after disembarking last night and stayed in their rooms until they departed.

The Polish crew and members of MOFA took a group photo on the airplane before it took off.

Personnel at the airport control tower mentioned that the LOT aircraft had been denied access to China's airspace and that it detoured over the Indochina peninsula, resulting in a delayed arrival in Taiwan.