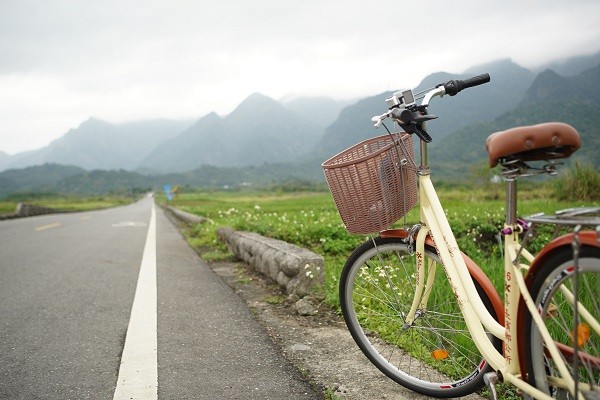 TAIPEI (Taiwan News) — As spring arrives, what is a better way to strengthen your immune system while practicing social distancing than to get on a bike and explore Taiwan?

In order to market the nation's bikeways, the Sports Administration (SA) is holding a vote to select Taiwan’s best.

According to the SA, a total of more than 7,000 kilometers of bike paths have been constructed throughout Taiwan. The SA said that it would spend NT$1.2 billion (about US$40 million) between 2017 and 2021 to help local governments improve their bikeways, including setting up signs and facilities to make them more suitable for people who spend their holidays cycling.

Bikeways can be found throughout Taiwan as well as on the outlying islands, with each bikeway having its own characteristics and with views that range from towering mountains to relaxing seascapes to urban backdrops.

The SA reminds cyclists to spread out while riding by maintaining at least 1 meter's horizontal distance to prevent the spread of the virus.

Here are three bikeways recommended by the SA:

The Keelung River bikeway
In the past, the riverside bikeway from the Rainbow Bridge near the Raohe Street Night Market could only reach the Nangang Exhibition Center. The SA and New Taipei Government have joined hands to remove the roadblock. Now the bikeway goes all the way from Songshan to Qidu, passing an old railroad tunnel at Wudu. People in Taipei can conveniently rent a YouBike to explore this path.

The Diamond Avenue bikeway
This bikeway, located in Taitung County's Changbin Township, features blue skies, blue seas, and idyllic countryside along the way. The bikeway is part of a local highway, Township Route E. 13, situated at kilometer 85 of Provincial Highway 11. The country road is open to cars, but the traffic is minimal. A long, straight section of the road between the sparkling Pacific Ocean and the coastal range has no electric poles on either side of the road. This stretch, nicknamed “ King Kong Avenue,” is nicknamed so because it looks out on King Kong Mountain. The bikeway also has views of terraced paddy fields on both sides of the road.

Please vote for your favorite bikeway on this website.