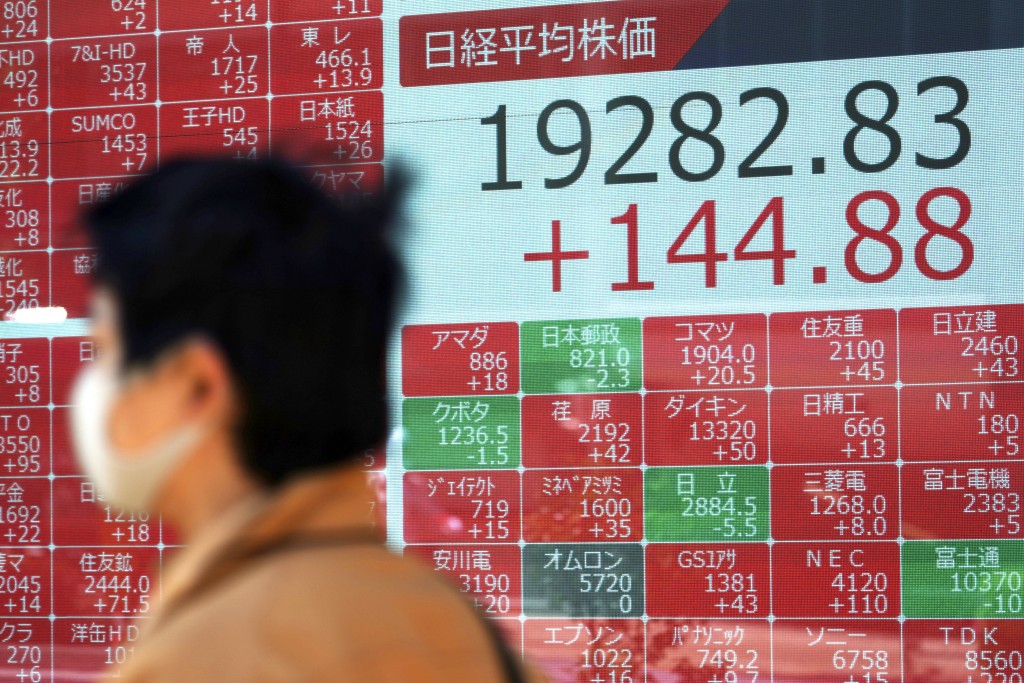 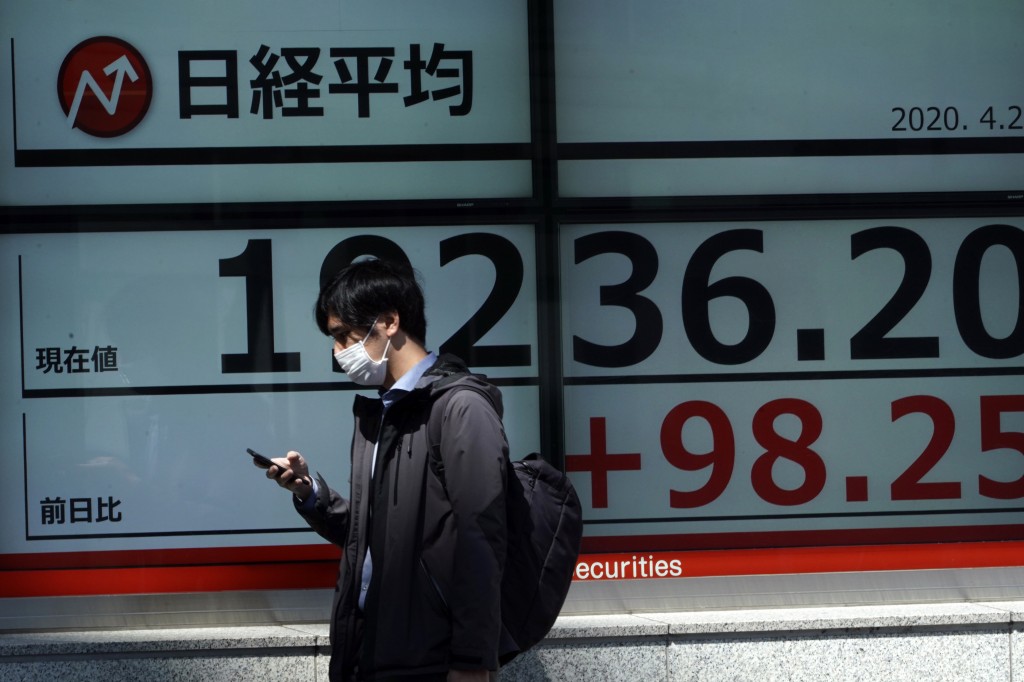 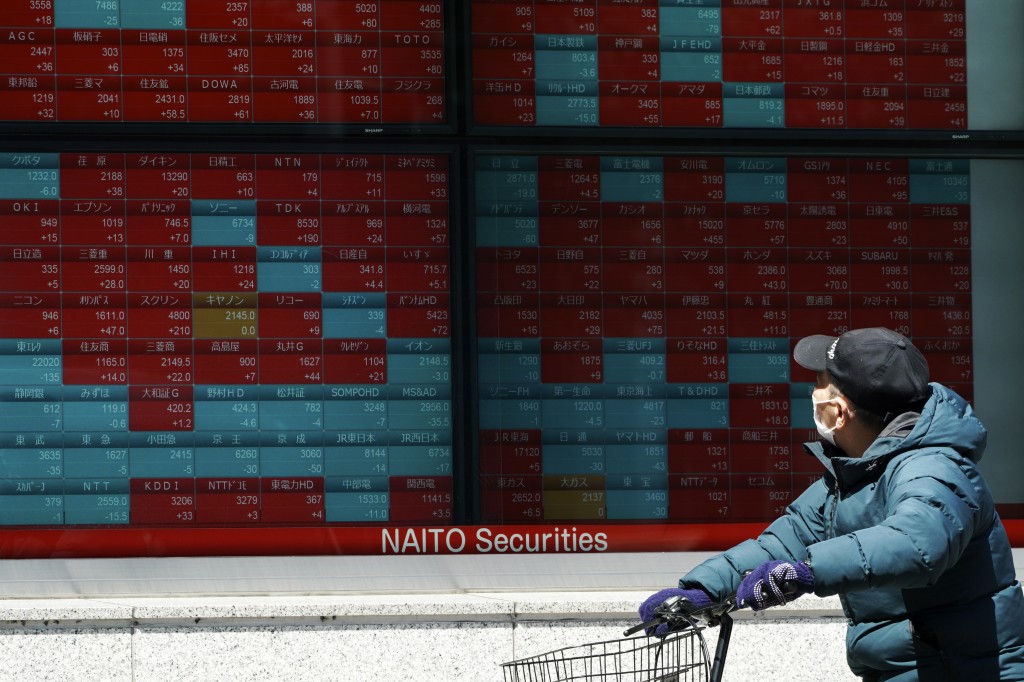 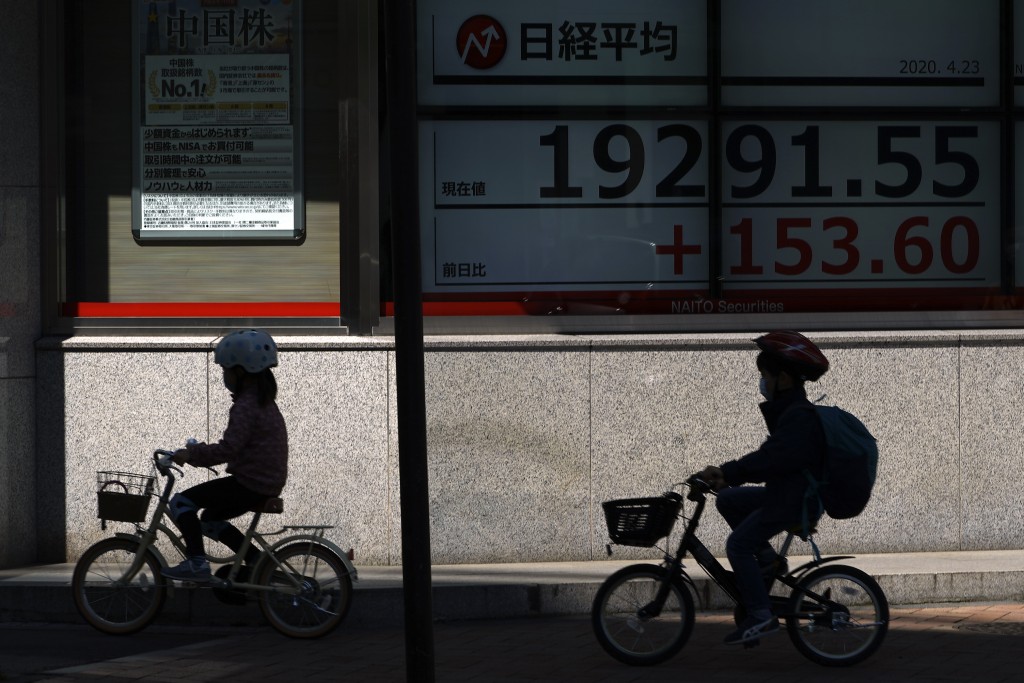 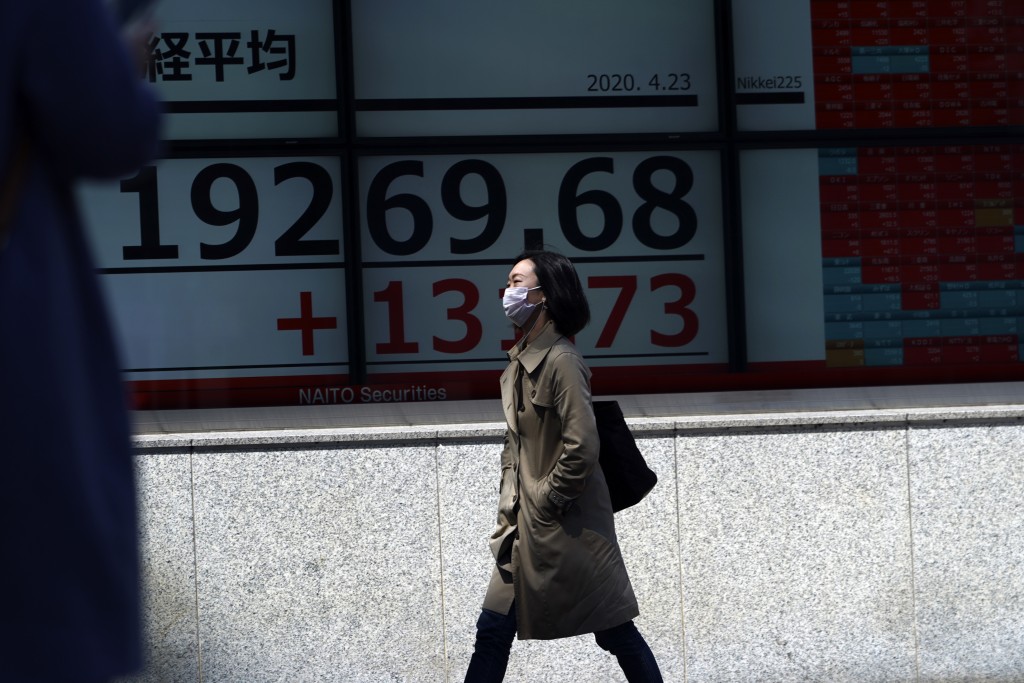 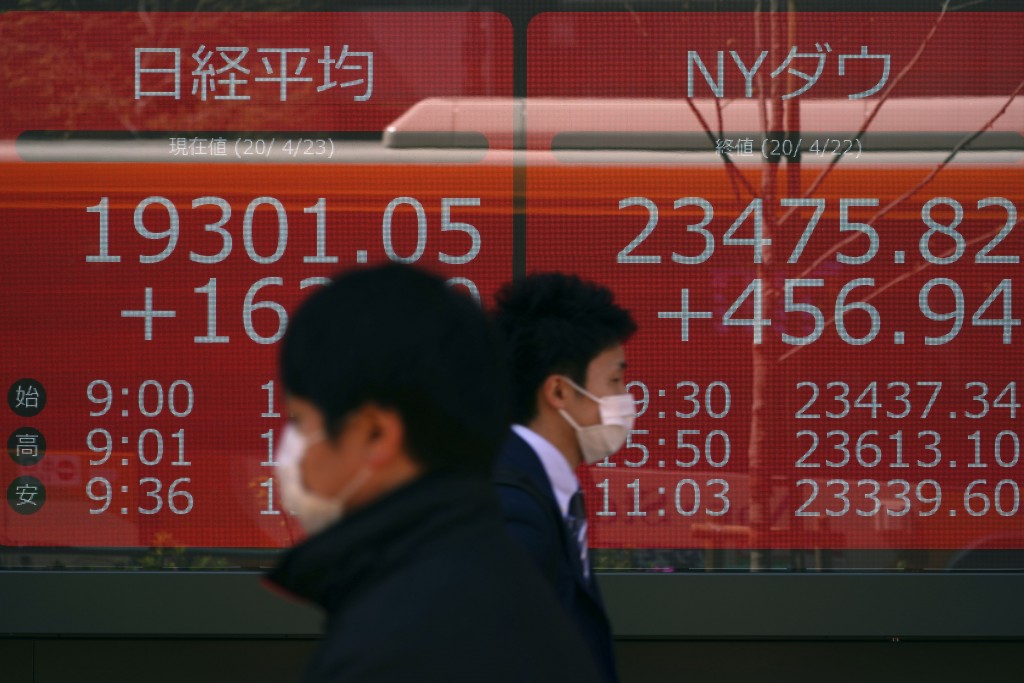 TOKYO (AP) — Asian shares were mostly higher Thursday following a rally on Wall Street and even oil prices recovering from their recent plunge to zero.

Prakash Sakpal and Nicholas Mapa, economists at ING, said a rise in oil prices, which have been crashing, will help Asian shares somewhat.

“But rising Covid-19 cases in the region will likely cap any rally,” they said in a commentary.

Investors are still bracing for a severe, painfully deep recession after businesses shut down worldwide in hopes of slowing the spread of the coronavirus. U.S. stocks were down by roughly a third a month ago on that expectation. Now, even as depressing economic and health reports pile up, some investors are looking ahead to parts of the economy reopening as infections level off in some areas.

“Right now, it’s about the economy beginning to open, even at the margins,” said Quincy Krosby, chief market strategist at Prudential Financial. “We’re watching Germany, the largest economy in Europe, begin to open. What this suggests is if things go well in these economies, we’re going to see more states begin to open, and perhaps open more broadly.”

Energy stocks jumped, riding the ripple of rising oil prices. Halliburton, Apache and Diamondback Energy all added at least 9%. All three, though, are still down more than 60% for the year so far.

Benchmark crude added $1.58 to $15.36 a barrel in electronic trading on the New York Mercantile Exchange. The price of a barrel of U.S. oil to be delivered in June jumped 19% to settle at $13.78 on Wednesday.

It had zigzagged in the morning before turning higher after President Donald Trump threatened the destruction of any Iranian gunboats that harass U.S. Navy ships, raising the possibility of a disruption to oil supplies.

The big gain, though, means it’s recovered just a fraction of its steep losses. It was close to $30 at the start of last week and nearly $60 at the beginning of the year. A collapse in demand for energy combined with continued production in countries around the world means too much oil is sloshing around, depressing its price.

On Wall Street, other companies that have been hurt by the coroanvirus pandemic also rose after offering some slight hints of hope.

Chipotle Mexican Grill, for example, said that a key sales figure plunged 16% in March on widespread stay-at-home orders. But it hit a bottom during the week of March 29, down 35%, and has since improved a bit. Declines the past week were “in the high teens.” Its shares rose 12.1%.

Stocks of companies that have been winners in the new stuck-at-home economy, meanwhile, are also telling investors just how much they’ve been benefiting.

With people hunkered inside and craving communication, Snap said that the number of active users on Snapchat each day jumped 20% in the first three months from a year ago. Its revenue topped Wall Street’s expectations, and Snap shares jumped 36.7%.

Netflix has also been a big winner as people look to fill their time, with shares recently hitting a record. It added nearly 16 million global subscribers in the first three months of the year, but shares slipped 2.9% after its profits didn’t quite live up to Wall Street’s lofty expectations.

Toilet paper has also been hugely in demand, and the maker of Cottonelle and Scott said its sales benefited in the first three months of the year as customers stocked up on them and Kleenex tissue, among other items. Shares of Kimberly-Clark rose 2.4%.

In an increasingly common move, Kimberly-Clark also retracted its financial forecasts for 2020 given how uncertain the global economy is due to the COVID-19 outbreak.

The Senate late Tuesday approved a $483 billion proposal to deliver more loans to small businesses and aid to hospitals. The House is expected to vote on it Thursday.

The new bill would come on top of more than $2 trillion in aid that Congress has already approved. That, plus massive support for markets from the Federal Reserve, has helped the S&P 500 rise 25% since a low in late March. The index has roughly halved its loss from its record set in February.