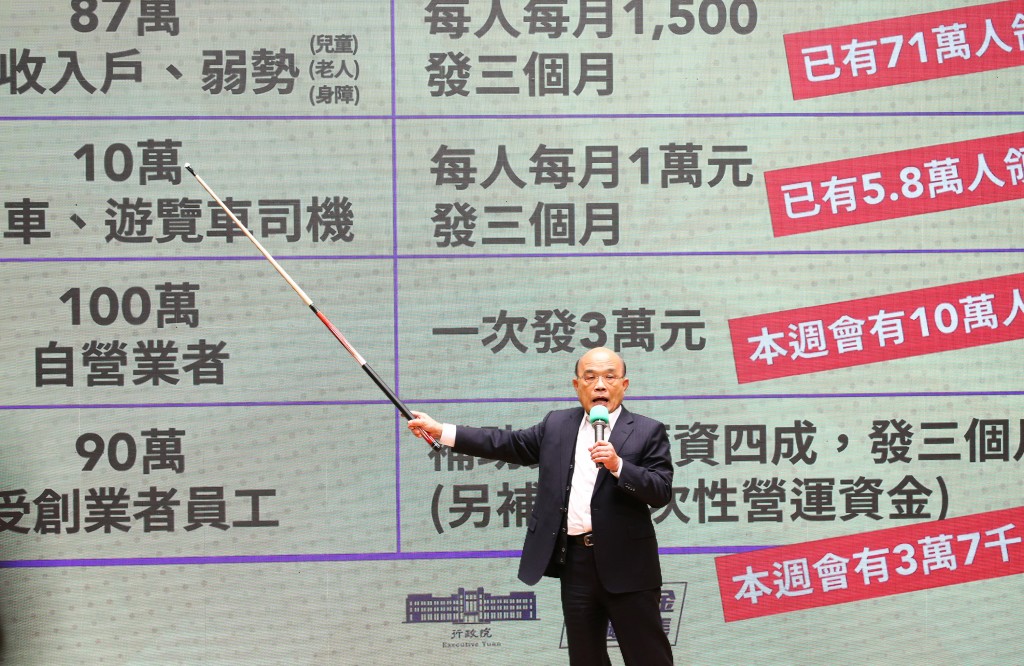 TAIPEI (Taiwan News) — Taiwan's government will be depositing over NT$100 billion (US$3.32 billion) in relief payments to the accounts of nearly 1 million people this week to help them cope with financial losses suffered during the Wuhan coronavirus (COVID-19) pandemic.

During a press conference on the government's plans to provide aid on Wednesday (April 22), Premier Su Tseng-chang (蘇貞昌) announced that 900,000 people would receive NT$103.5 billion worth of monetary subsidies in their accounts this week, reported Liberty Times. Su said that 710,000 out of 870,000 low and middle-income households and underprivileged people will receive the first of three monthly wage subsidies of NT$1,500 this week.

In addition, 37,000 employees of businesses hit hard by the pandemic will receive an amount equal to 40 percent of their monthly wages for three months starting this week. This brings the total number of people receiving subsidies this week to 905,000.