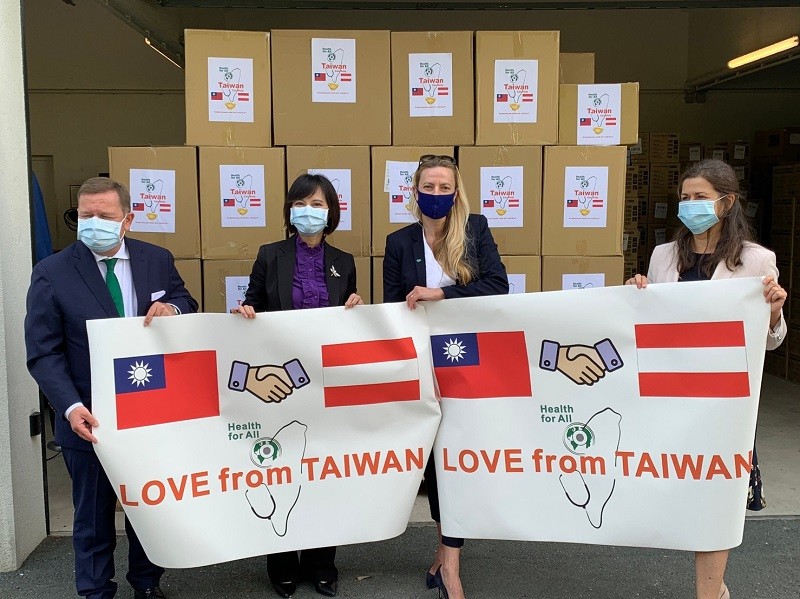 TAIPEI (Taiwan News) — Austrian officials and hospitals expressed their thanks as shipments of 300,000 surgical masks donated by Taiwan arrived in the country, CNA reported on Wednesday (April 22).

The donation is part of Taiwan’s second wave of mask contributions. The island country has pledged to ship out 6 million masks, most of which will go to Central and Eastern European countries.

As half of the 300,000 masks donated to Austria were destined for the state of Styria, a donation ceremony was held in Graz, the capital city of Styria. State Councilor for Education, Society, Health and Care Juliane Bogner-Strauss thanked Taiwan during her speech at the ceremony for assisting Austria in the fight against the COVID-19 pandemic.

Another major recipient of the donation is Allgemeines Krankenhaus der Stadt Wien (AKH), the largest hospital in Austria, which received 100,000 masks, or one third of the donation. AKH Director Herwig Wetzlinger also expressed his thanks to Taiwan for the donation.

Taiwan's Representative to Austria, Vanessa Shih (史亞平), said that Taiwan has so far donated nearly 20 million masks to various countries around the world, a realization of the slogan “Taiwan Can Help."