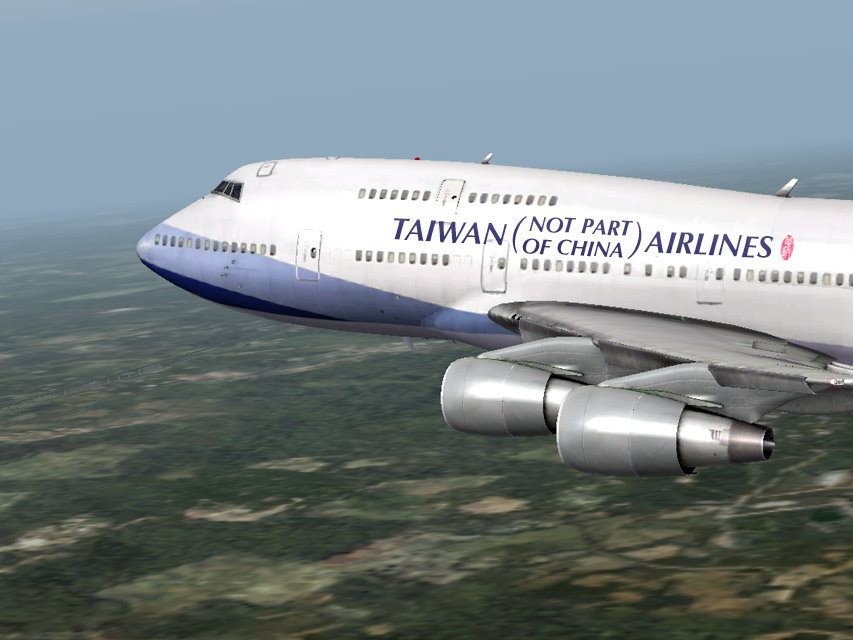 TAIPEI (Taiwan News) — A Canadian man created this meme of a China Airlines (CAL) jet with the name "Taiwan (Not Part of China) Airlines" as Taiwan mulls changing the name of the airline and other organizations to avoid confusion with communist China, which is drawing the ire of the world for its negligent handling of the Wuhan coronavirus (COVID-19) pandemic.

As Taiwan launches a "mask diplomacy" campaign to deliver badly needed, medical-grade face masks, the government has been frustrated by confusion over the country of origin of its jets that deliver the supplies — as the name "China" appears in massive letters on the fuselage. In a Facebook post released on April 11, Minister of Transportation and Communications Lin Chia-lung (林佳龍) stated he has an "open mind" toward calls to change CAL's name.

On Feb. 3, pro-Taiwan independence group Taiwan Republic Office (台灣國辦公室) called for the airline's name to be changed to "Formosa Airlines" (福爾摩沙航空) or "Yushan Airlines" (玉山航空). Similarly, on Feb. 20, the Taiwanese American Senior Society - East Bay & Washington DC launched a petition on the U.S. website Change.org called for the name of the national carrier to be changed to "Taiwan Airlines."

A 39-year-old graphic designer who has resided in Taiwan for 15 years told Taiwan News that he read some headlines about the recent confusion between Air China and China Airlines. He then saw a couple of redesigns for China Airlines, including one with a bubble tea theme, so he said he decided to make his own meme on Saturday (April 18), which was shared that day on Facebook. "Taiwan (Not Part of China) Airlines." (Meme by Canadian designer)