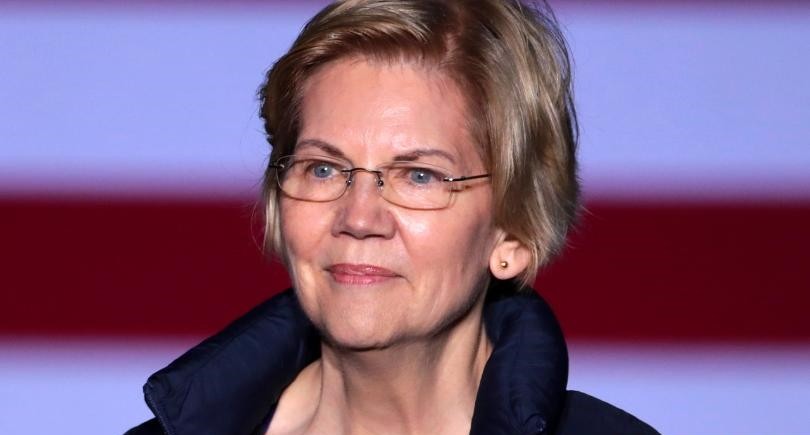 On Tuesday, CBS Boston reported the presentation of 100,000 surgical face masks by the Taipei Economic and Cultural Office in Boston (TECO-Boston) to Massachusetts on Monday (April 20). In a statement, TECO-Boston explained the masks were meant for the state's healthcare workers: "This critical supply will go directly to healthcare professionals on the frontlines as they work around the clock to treat and save lives in Massachusetts."

Warren retweeted the news report on Tuesday and thanked Taiwan for its "generous donation of masks to Massachusetts" to help battle the Wuhan coronavirus (COVID-19) pandemic. However, she then urged Trump to fully utilize the Defense Production Act (DPA) to end U.S. reliance on foreign producers for medical supplies and to enable the country to return the favor to other countries that are in need.

Beneath Warren's tweet, the Formosan Association wrote: "Would be great if you could consider supporting Taiwan’s participation in the WHO!" Another Twitter follower lamented the U.S. is completely reliant on the charity of foreign countries, but still closed by offering, "A million thanks to the good people of Taiwan."

Unfortunately, a less informed netizen posted a video of a mask factory in South Asia and seemed to confuse Taiwan with China by writing, "China already sent us faulty equipment, & who knows what sweatshop those masks were made in!"

Another Twitter follower criticized Trump for not ramping up domestic production of medical supplies rapidly enough and wrote that states are on their own "having to get medical supplies from South Korea and Taiwan."

Massachusetts is in desperate need of medical supplies as it currently has the third-highest rate of confirmed coronavirus cases in the U.S. at 41,199 and the fourth-highest death toll in the country at 1,961.

I’m grateful for Taiwan’s generous donation of masks to Massachusetts to help fight COVID-19. And I urge President Trump to fully use the DPA so we don’t have to rely on foreign assistance for medical supplies & can return the favor to others in need. https://t.co/2K62l4X2zM