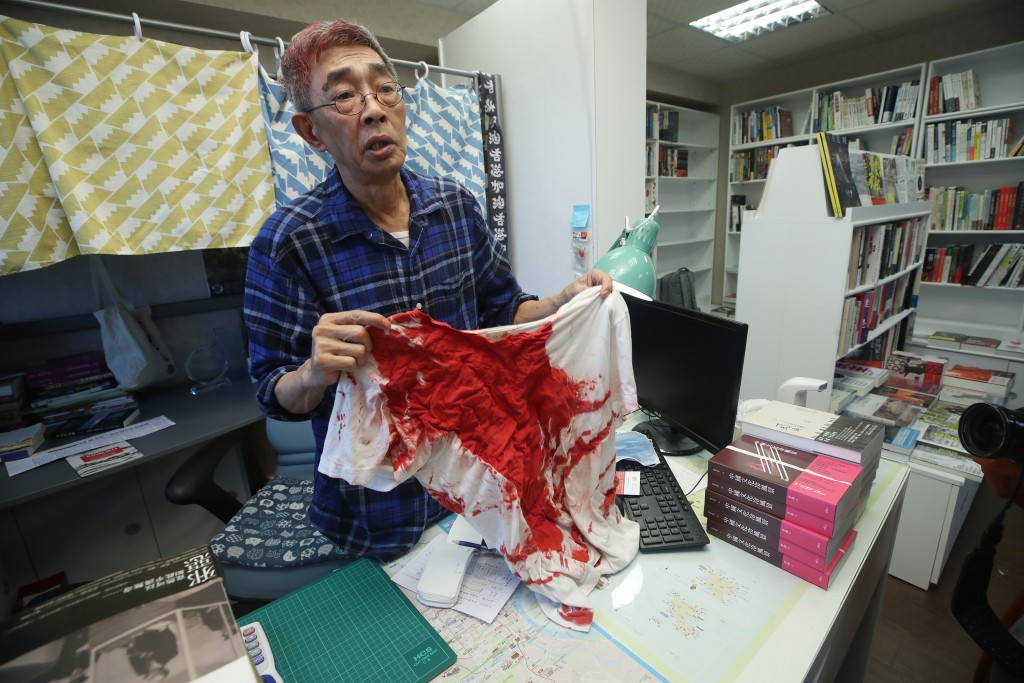 On Tuesday morning, from 8:45 a.m. to 9 a.m., the three suspects followed Lam to a breakfast shop near Zhongshan North Road, in Taipei. One of the assailants, dressed in black sportswear, splashed a full can of red paint on Lam as he was sitting and drinking coffee.

Lam's hair, chest, arms, and legs were covered in red paint. After assaulting Lam, two other suspects, said to be lookouts, joined the man clad in black to flee to a nearby alley, before hopping into a taxi and fleeing Taiwan's capital city to Kaohsiung, reported UDN. Causeway Bay Books famously sold political books that were banned in communist China. However, from October to December in 2015, five of the bookstore's shareholders and employees, including Lam, disappeared and were later found to be in the custody of Chinese authorities, with some still under detention.

In April 2019, Lam decided to open a Taiwan branch of the Causeway Bookstore. However, as soon as the news came out, another bookstore in New Taipei registered the trademark for the name in Taiwan.

In response, Lam decided to change the name of the bookstore to "Taiwan Causeway Bay Books" (台灣銅鑼灣書店). He plans to open the store in Taipei on Saturday (April 25).