TAIPEI (Taiwan News) – China is still the most “prolific” executioner in the world, even though the number of executions worldwide reached its lowest level in a decade last year, according to an annual report by human rights organization Amnesty International published Tuesday (April 21).

Official figures were not available for China because the numbers remain classified, though Amnesty believes executions run in the thousands. The global trend saw the total figure fall by 5 percent in 2019, though a number of Middle Eastern countries showed the opposite.

Iran, which also tries to keep the true figure hidden, executed at least 251 people last year, followed by Saudi Arabia, with a record 184 executions, including more than half foreigners. In Iraq, the number of executions almost doubled to more than 100 due to action against supporters of Islamic State, Amnesty said.

Many countries go to great lengths to try and hide the practice, while others carry them out “without any advance notice to the families, lawyers, or in some cases the individuals themselves,” said Amnesty’s Clare Algar, naming Japan as one of those countries.

However, the organization also added that global abolition is within reach, with a drop in the Asia-Pacific region for the first time since 2011. The report mentions a hiatus in Taiwan after 2018, but the April 1 execution of a man who had killed several members of his family and a nurse came too late for the Amnesty International list. 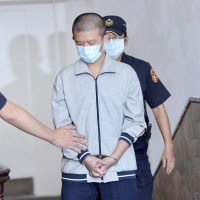