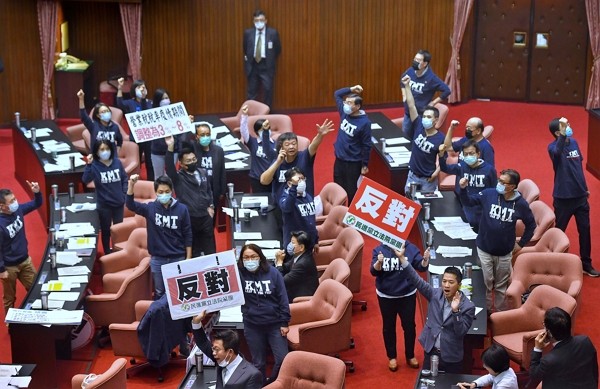 TAIPEI (Taiwan News) — The Legislative Yuan on Tuesday (April 21) passed the review for the expanded economic relief budget, hoping the additional NT$150 billion (US$4.99 billion) could help soften the economic blow caused by the coronavirus pandemic.

In an effort to alleviate the financial burden felt by the country's industries, Taiwan's Cabinet announced April 2 a revised version of the emergency economic stimulus package totaling NT$1.05 trillion (US$34.64 billion). The updated relief budget would not only include the original NT$60 billion allotment, but also an NT$150 billion increase in the special budget as well as more than NT$800 billion in loans from government-owned banks and financial institutions, according to Liberty Times.

After much discussion between legislators of the ruling Democratic Progressive Party (DPP) and main opposition party Kuomintang (KMT), the increased budget was approved Tuesday. The lawmakers also agreed that a maximum amount of NT$210 billion can be added to the budget later if needed.

In regards to the NT$2 billion (US$66.1 million) worth of stimulus coupons that the government plans on distributing, the KMT's new chairman, Johnny Chiang (江啟臣), said that cash subsidies may be more effective in encouraging consumption. Meanwhile, Chiu Hsien-chih (邱顯智) of the New Power Party (NPP) also reminded the government to provide financial support for nonprofit organizations in the country as well.

DPP caucus whip Ker Chien-ming (柯建銘) emphasized that in a time of crisis, all political parties need to be united in facing challenges. He expressed his desire that the legislators would respect the opinions of one another and protect the safety of Taiwan throughout the pandemic, reported CNA.