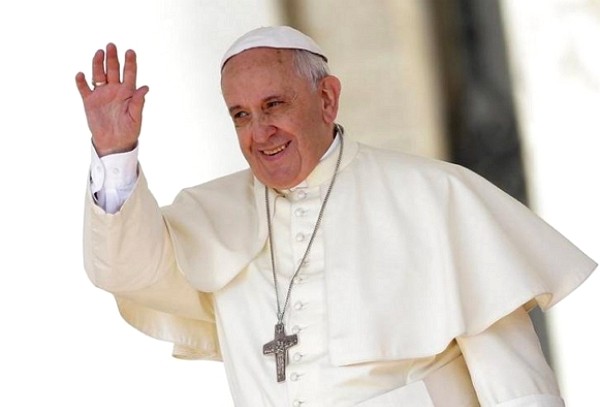 TAIPEI (Taiwan News) — Italian newspaper La Verità recently revealed that Vatican City is secretly planning a trip for Pope Francis to visit the Chinese city of Wuhan, where the coronavirus outbreak is believed to have originated.

In an article titled "Vatican projects to rehabilitate Xi Jinping: the Pope's trip to Wuhan," La Verità pointed out that Pope Francis is considering visiting several cities in China to send a message of hope to the global community. It said the Pope plans to make his first stop in Wuhan and will visit other cities, such as Beijing, after that.

The report stressed that Cardinal Pietro Parolin, the Vatican's secretary of state, is currently in charge of planning the trip, which is more than likely driven by political motivations. The author suspects that the Vatican has purposefully scheduled the visit at a time when countries worldwide are blaming China for the coronavirus pandemic, in order to win trust from the Chinese government.

According to the report, Parolin has been trying to arrange the matter through the pro-China Italian government, and Secretary-General of the Quirinale Ugo Zampetti has been seen visiting Vatican City many times over the last few weeks.

However, the author said Pope Francis' visit would also show that the Chinese government has been unsuccessful in its attempts to come clean about the pandemic and that it has now been forced to invite the Catholic leader to a country without religious freedom, according to CNA.