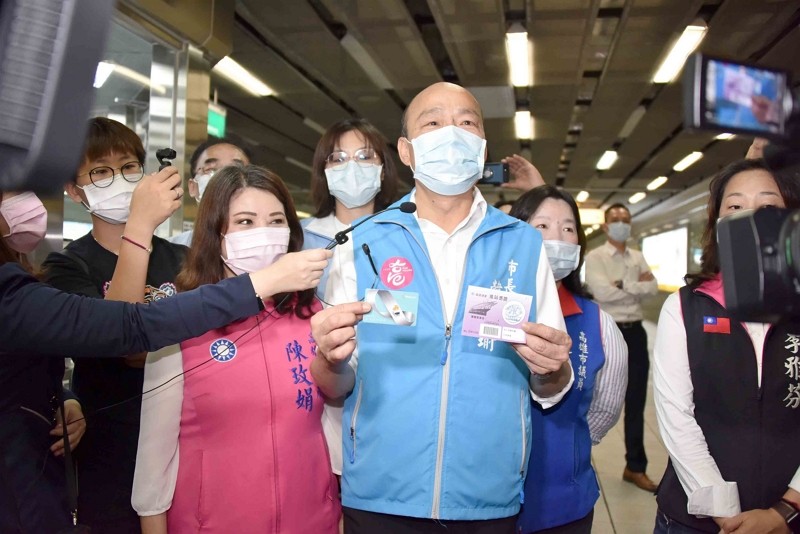 Han confirmed on Saturday (April 18) that he will sit on the KMT Central Standing Committee, appointed by KMT Chairman Johnny Chiang (江啟臣). Chiang was elected in March in a by-election following the resignation of Wu Den-yih (吳敦義) to take responsibility for the rout of the party in the legislative and presidential elections in January.

Han, faced with a recall vote set for June 6 for his removal from mayorship, said he wishes to serve as a bridge between people of the harbor city in southern Taiwan and the party executive through the new role, reported Newtalk. The position will allow him to push for party reforms that better reflect the needs of southern residents, he claimed.

Eric Chu (朱立倫), a veteran KMT politician and former mayor of New Taipei, was less than thrilled with Han’s enlistment as a member of the party’s decision-making body. He questioned the rationale for Han’s taking up the job when he should be more focused on municipal administration, wrote UDN.

New Taipei Mayor Hou You-yi (侯友宜) and Taichung Mayor Lu Shiow-yen (盧秀燕) of the KMT have both turned down offers to sit on the Central Standing Committee, citing efforts to contain the Wuhan virus pandemic as their utmost priority now.

The momentum for the campaign to oust Han has sustained even after Han lost the presidential bid. It requires more than 570,000 votes, or a quarter of Kaohsiung’s 228,000 citizens, to successfully remove Han as mayor.