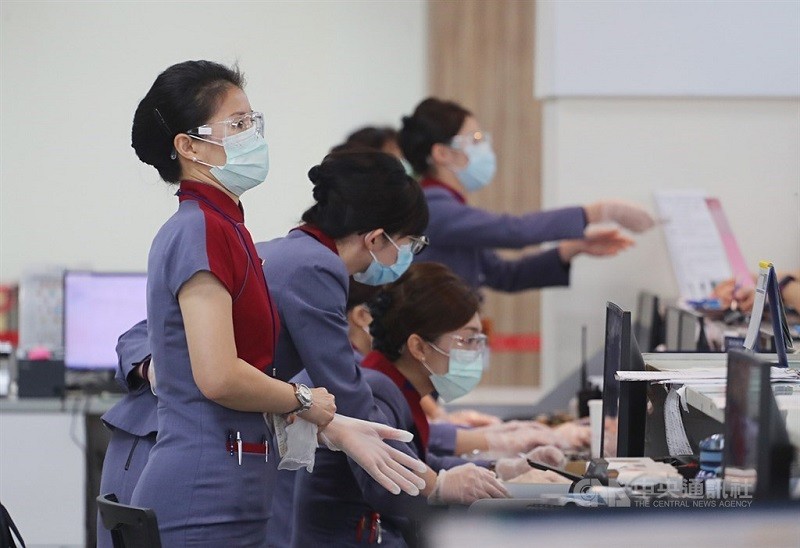 State-controlled China Airlines (CAL) will negotiate salary cuts at all levels with its employees on Monday, the corporate union confirmed Saturday, as COVID-19 has brought the airline industry to a virtual standstill.

China Airlines Employees' Union president Liu Hui-tsung (劉惠宗) said the union's position is that any further cuts in salary should start with management, and its scope should be greater than that applied to rank and file workers.

The airline reduced the salary of CAL management by 10 percent on Feb. 16, but further wage adjustments are likely pending discussions between the company and the union, CAL spokesman Jason Liu (劉朝洋) said.

The planned negotiations came after rumors emerged of a 20 percent cut in salary for all CAL employees starting in May, with a possible cut of employee allowances as well.

Though airlines in Taiwan have encouraged employees to take leave accrued to them, there have not yet been layoffs or furloughs in the industry.

The government has tried to ease carriers' burden with a phased-in NT$4.8 billion (US$164 million) package of subsidies that started in March and covered among other things, rentals for land and airport facilities. Some 28 percent of that funding has been distributed.

It then announced a NT$50 billion bailout program for the aviation industry consisting of loans and tax relief, and carriers have applied for NT$49.5 billion of that.

Like airlines around the world, Taiwanese carriers remain under tremendous financial pressure.

According to the latest statistics from the Civil Aeronautics Administration (CAA), CAL and EVA Airways, Taiwan's other major international airline, carried 624,431 and 616,499 passengers, respectively, in February.

Those numbers represented 38.4 percent and 37.9 percent declines from the same month a year earlier, reflecting a high number of canceled flights and lower load factors.

Even more glaring was CAA data showing Taiwan handled only 10,033 overseas passenger trips between April 9 and 15, down 99 percent from the same period a year earlier.