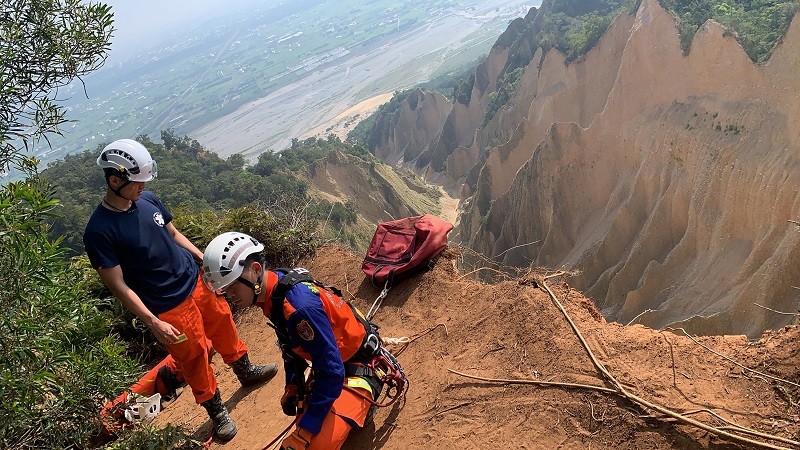 TAIPEI (Taiwan News) — A New Taipei policeman was found dead after falling into a ravine on central Taiwan’s Huoyanshan (火炎山) on Friday (April 17) while posing for photos, CNA reported.

The mountain is composed of thick layers of gravel, and the deep valleys and cols were formed by rain erosion over many years. The attraction is like a real-life version of the “Mountain of Flames” in the classic Chinese novel "Journey to the West.”

The Miaoli County Fire Bureau received a report at around 1 p.m. that a visitor had fallen into a ravine in the gorge. The bureau immediately marshaled a rescue team composed of police officers, fire fighters, and volunteers, and they arrived at the scene of the accident around 2:15 p.m. Some members of the rescue team rappelled 120 meters into the ravine, and at around 4 p.m. they found the victim, who had lost vital signs.

According to photos the rescue team took at the scene, the victim seemed to accelerate during the fall and thrust himself into the earth headfirst. The victim’s head and chest were buried by a great deal of dirt and rubble, and his right leg was fractured.

As the gorge is inaccessible by vehicles, rescuers called the National Airborne Service Corps to helicopter the victim to Miaoli General Hospital.

According to the investigation, the victim, Lin Yong-han (林永翰), 25, was an officer at New Taipei’s Bitan Police Station and went to Huoyanshan with his friends on Friday for an outing.

Witnesses report that Lin was sitting on the edge of a cliff with his feet dangling in the air while one of his friends took photos. However, as the rock and soil of the mountain are loose due to its gravelly composition, Lin fell into the ravine as he was changing positions. Those present screamed in horror as they saw Lin disappear in front of their eyes.

Other hikers present mentioned that it’s easy to see that the place where Lin was sitting had been hollowed and reiterated the perils of posing for photos.

Local residents had previously warned of the dangers of standing on the unstable cliffs of Huoyanshan, which can collapse at any time. 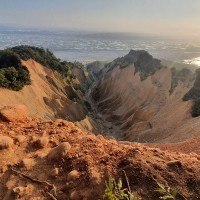 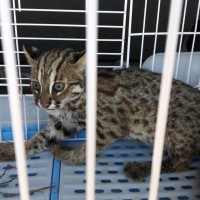 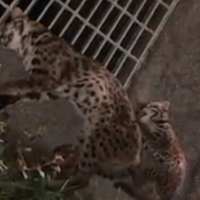