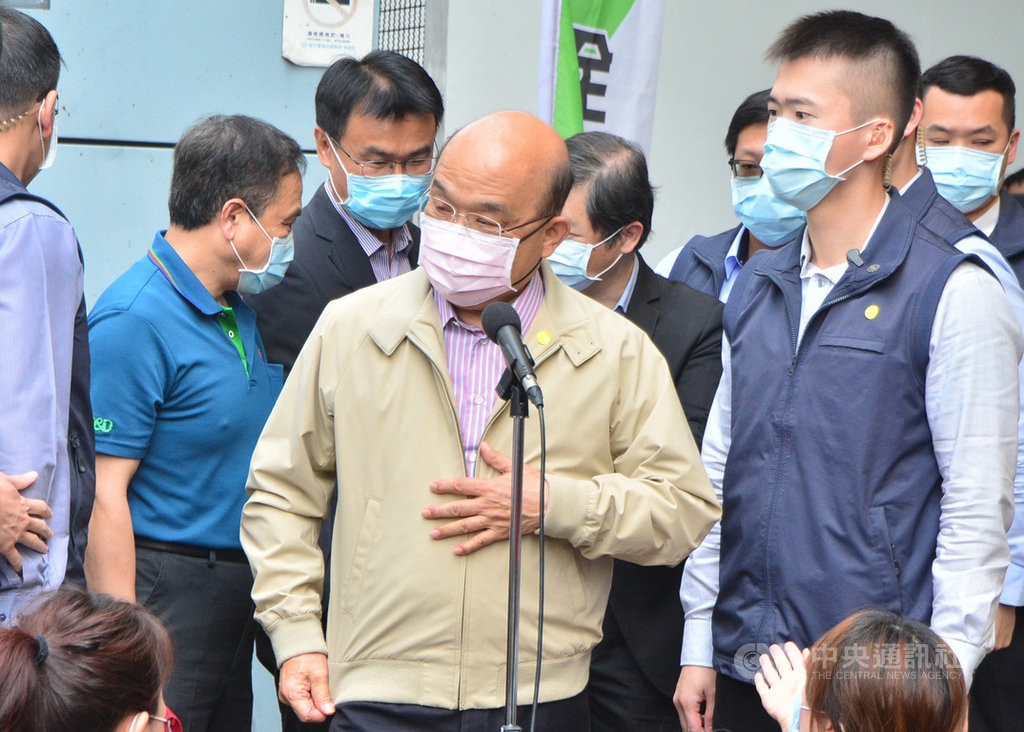 TAIPEI (Taiwan News) — Taiwan Premier Su Tseng-chang (蘇貞昌) confirmed the nation’s food supply was sufficient and there was no need to panic, on Saturday (April 18), during a frozen pork storage inspection at New Taipei Industrial Park.

The premier has been checking National Animal Industry Foundation (NAIF) warehouses to ensure there is enough domestic livestock and poultry meat production for the next 6 months. He was briefed by Chang Ching-wei (張經緯), Director of the Animal Husbandry Division of the Cabinet Council of Agriculture (COA), reported CNA.

Su said currently Taiwan does not export pork but having eliminated foot-and-mouth disease he hopes the nation can gain access to international markets. This would be achieved by the World Organization for Animal Health (OIE) approving Taiwan pork.

Su said many of the world's governments had locked down their countries because of the coronavirus. Taiwan had been proactive in fighting the spread of the virus.

Su said the government had been able to get through the worst of the crisis and help countries and medical services around the world. Taiwan's relative safety was due to President Tsai Ing-wen’s (蔡英文) leadership, Su exclaimed.

Also present at the briefing was Chen Chi-chung (陳吉仲), the COA chairman. He expressed gratitude to Su for supporting the industry with NT$1 billion, in order to establish a cold chain system that ensures the freshness of aquatic products for three months and improves the quality of livestock and poultry, from processing to export.

Chen guaranteed that 100 percent of Taiwan’s meat supply was safe to eat. He added that Taiwan had enough rice to last for more than two years.

According to Chen, the COA has partnered with e-commerce stores to sell packaged rice, aquatic products, frozen dumplings, and other products. Online sales have grown rapidly.