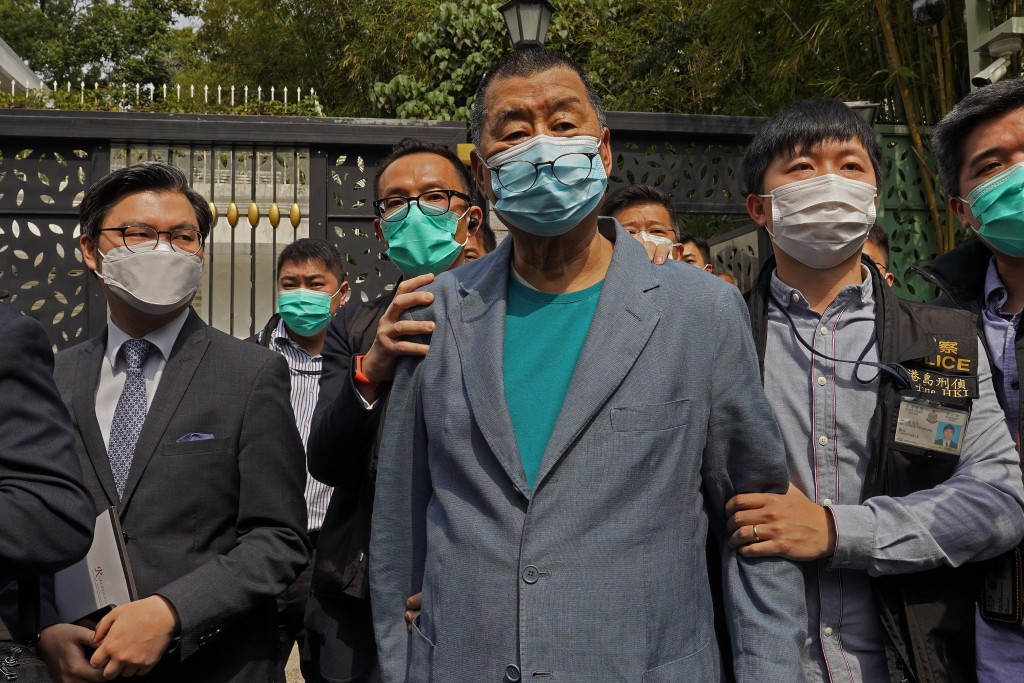 Next Magazine and Apple Daily founder Jimmy Lai has been released on bail.

The arrests were believed to be connected with protests last August and October against the planned extradition bill, which was abandoned amid months of action over the fear of Chinese interference in the territory. The activists were suspected of organizing banned demonstrations, CNA reported.

Police showed up Saturday morning outside the residence of Next Magazine and Apple Daily founder Lai, but he was not at home, media reports said. He had earlier been charged for taking part in an unauthorized assembly on Aug. 31. It was not immediately clear how he had been found later on.

The Democratic Party saw a link between comments made last week by Chinese officials in the territory about “national security issues” and Saturday’s raids, the South China Morning Post reported.