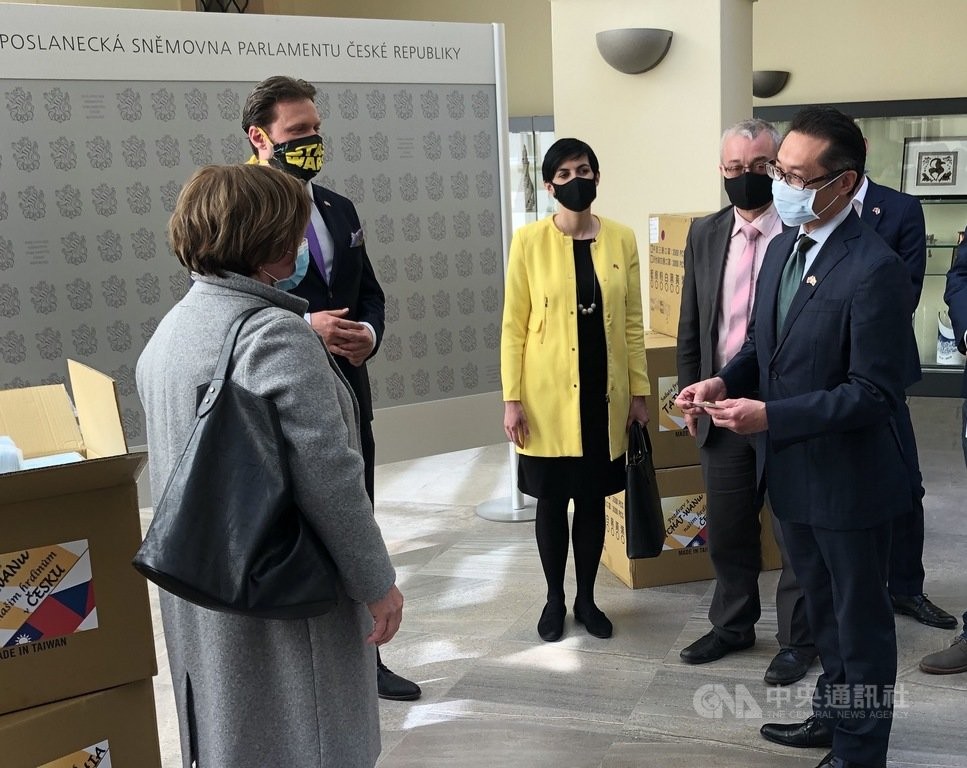 TAIPEI (Taiwan News) — The lower house of the Czech parliament held a ceremony celebrating Taiwan’s donations of tens of thousands of masks on Thursday (April 16).

The event was hosted by Speaker of the Chamber of Deputies Radek Vondráček and was attended by Marek Benda, chairman of the Czech Republic-Taiwan Parliamentary Platform; Foreign Affairs Committee Vice Chairman Jan Lipavský; TOP 09 party Chairman Markéta Pekarová Adamová; and many other parliamentarians, CNA reported.

Ko Liang-jui (柯良睿), the Taiwanese representative in the Czech Republic, said he looked forward to Taiwan’s prompt participation in the World Health Organization (WHO) so that it can share its experience with the global community.

On behalf of Taiwan, Ko delivered a total of 63,000 surgical masks to the hospital church in Prague. He reiterated that the country could help in the fight against epidemics and said he hoped that the island nation could participate in the WHO as soon as possible.

In a speech, Vondráček expressed his gratitude to Taiwan for providing medical supplies to the capital's hospitals.

Taiwan and the Czech Republic signed a joint statement on epidemic prevention cooperation on April 1. In the future, the two countries will collaborate on research, development, and the production of vaccines, drugs, and rapid screening reagents.