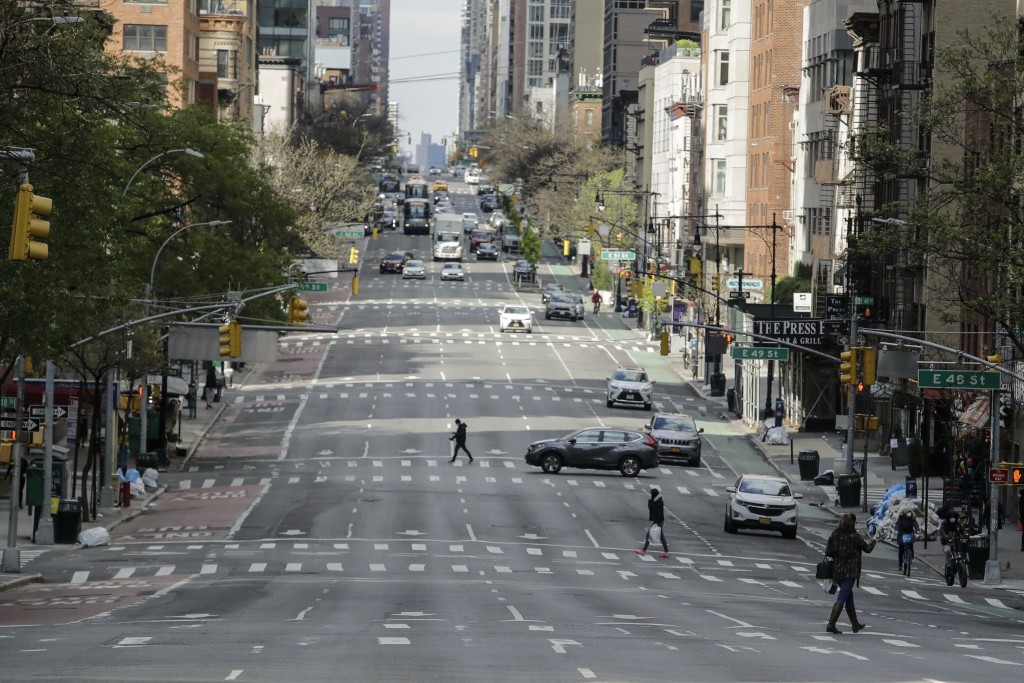 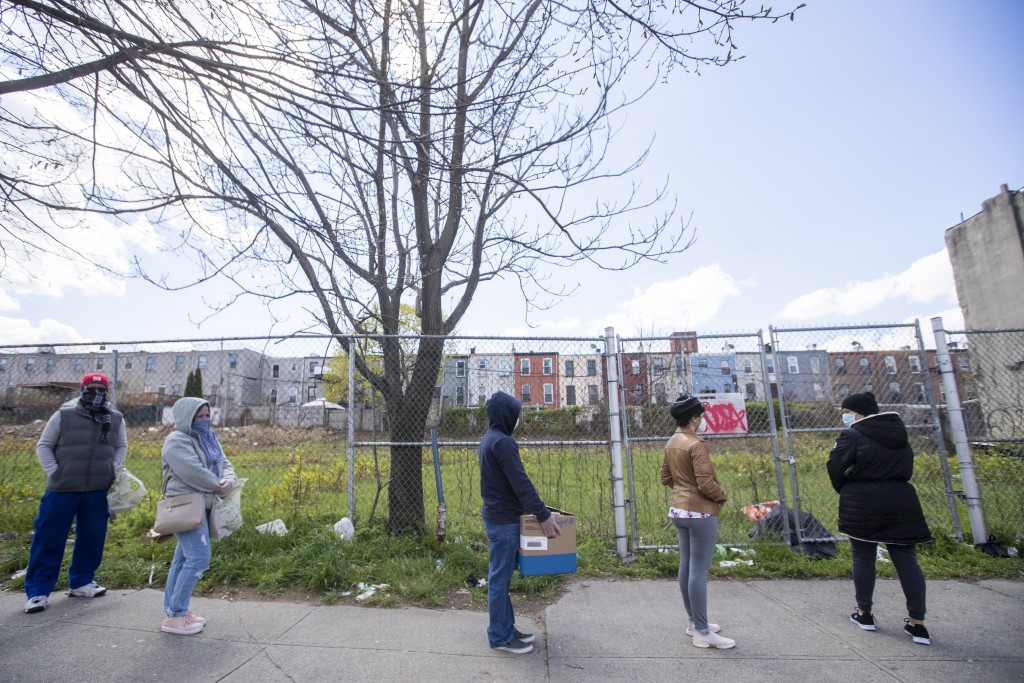 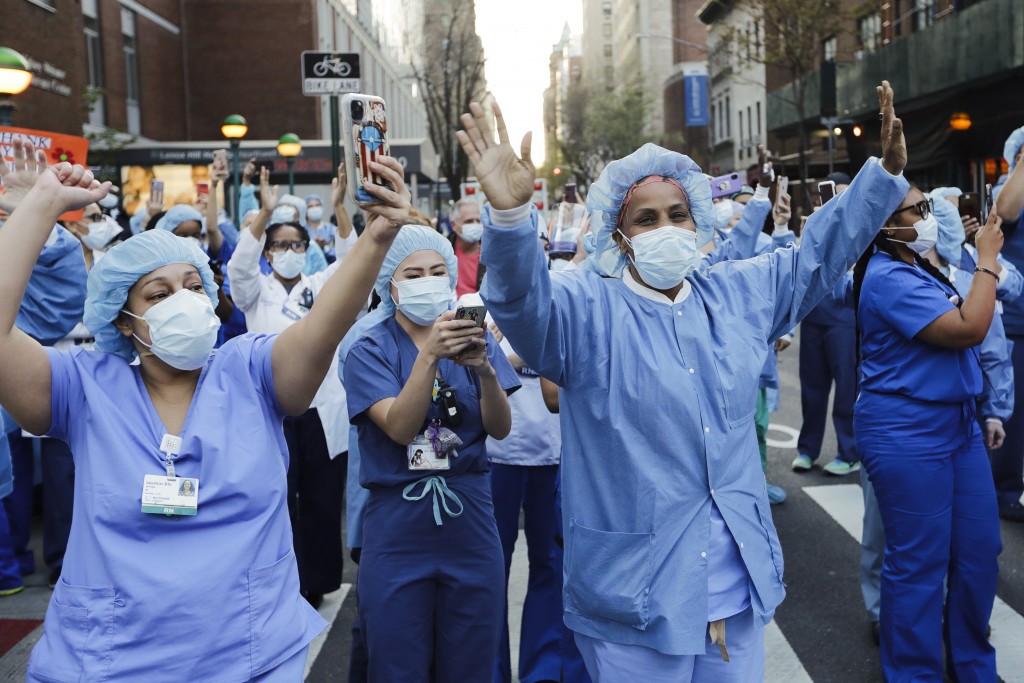 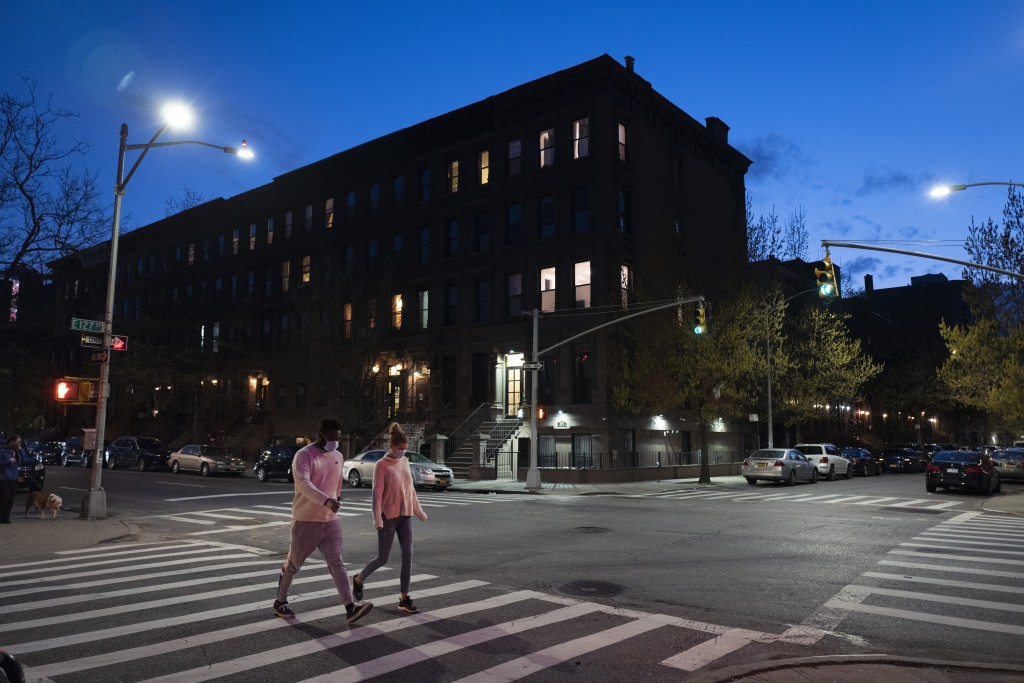 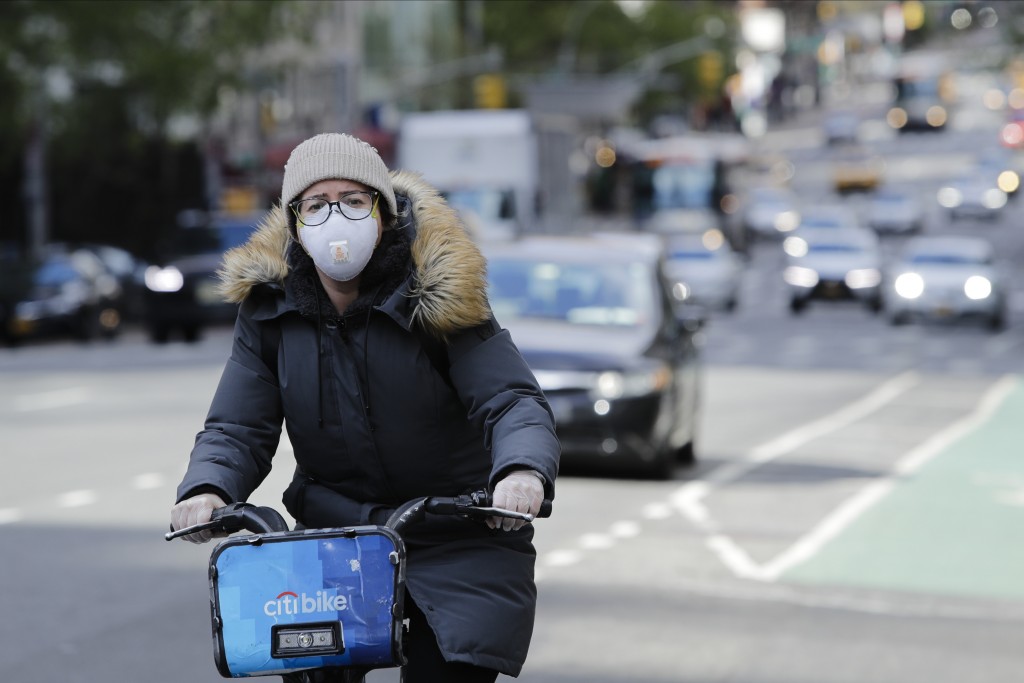 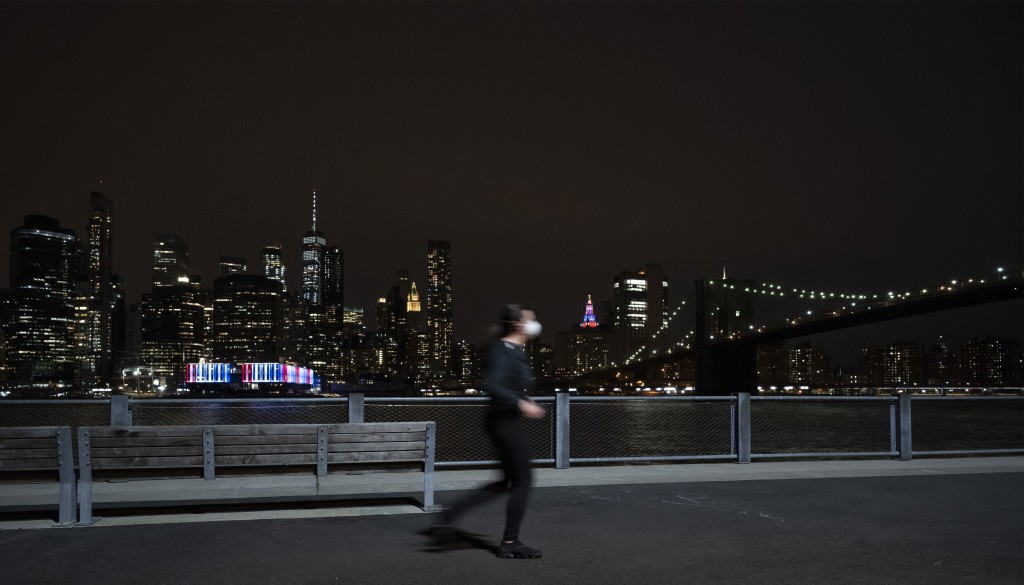 NEW YORK (AP) — Hopeful talk about getting people out of their homes and back to work in some parts of the country seems a far cry from the harsh reality in New York and its suburbs: Thousands of people infected with the coronavirus are still streaming into hospitals every day. Hundreds are still dying.

New York Gov. Andrew Cuomo noted the lack of major improvement Thursday as he announced another 606 deaths in the state and said current social isolation rules will stay in place through at least May 15. The number dying was down from a day earlier, but remains alarmingly high.

New York hospitals are still jammed with nearly 18,000 coronavirus patients, fewer than the crushing numbers authorities once feared but still at crisis levels that have barely budged for more than a week. Nearly 4,400 of those patients were on ventilators, the majority of whom, if past trends hold, are unlikely to survive.

The virus has also continued to rage through the metro area. In New Jersey, deaths have more than doubled in a week, to more than 3,500 as of Thursday. In Connecticut, fatalities rose 40% in the last week to over 970 overall. Most of the deaths in both states have been in New York City suburbs.

Conditions inside hospitals have stabilized as help has poured in and what had been an exponentially increasing flood of patients has leveled off. But medical professionals warn they could be overwhelmed again if restrictions ease too soon.

“We will end up where we started, an influx of people and struggling to save them all," said Diana Torres, a nurse at Mount Sinai West in Manhattan. "If we reopen now, we just wasted our time.”

Talk of “reopening” the country baffled people this week in Queens, where the virus has killed at least 2,800 people.

“Everybody coming back to work at once — what does that mean?” said Julio Alvia, a 27-year-old video editor. “Do we go back to gridlock and crowded sidewalks, lines and handshakes? Can that happen? I don’t think that it can.”

After a week of talking optimistically of getting the country moving again quickly, President Donald Trump told the nation’s governors in a conference call Thursday that he would leave decisions up to them. The administration unveiled guidelines suggesting a gradual easing of restrictions in areas with low transmission of the virus and the capability of doing robust testing to find infected people.

New York City Mayor Bill de Blasio said in his Thursday briefing with reporters that he told Trump and Vice President Mike Pence in a conversation the previous day that it would be “madness" to rush the restart.

“I said, ‘You know, I know you want to restart the economy. So do we. But the worst possible scenario is take your foot off the gas prematurely, the disease has a resurgence. Then everything you’re doing to try and restart, you have to stop, you have to go backwards, you have to add more restrictions you have to slow down the timeline further and you’re gonna end up waiting a long, long time before you can get people back to normal,'" de Blasio said.

While Wednesday was the second day in a row that the number of deaths in New York has ticked downward, it is too soon to call it a trend. Fatalities have dipped before, only to rocket back.

The virus continues to hit nursing homes especially hard. A home in northern New Jersey was besieged by reporters Thursday after more than a dozen bodies were found by police crammed into its overwhelmed morgue.

Cuomo has outlined some basic philosophies for how to restart economic activity, but he insists it’s unrealistic to bring the state’s 9 million workers back to the job without mass testing, isolation of infected people and tracing of people who had contact with them.

And the state, he said, is still far off from being able to do any of that effectively.

Many New Yorkers are looking for assurances that returning to public transit, crowded workplaces and packed sidewalks won't lead to a new surge in deaths.

Manolo Morales, a 28-year-old retail worker, said he can understand why some people may want to get back to work.

“But we have to take things slow,” Morales said. “The slower we take it, the more time we have to go back to work in a safe environment.”