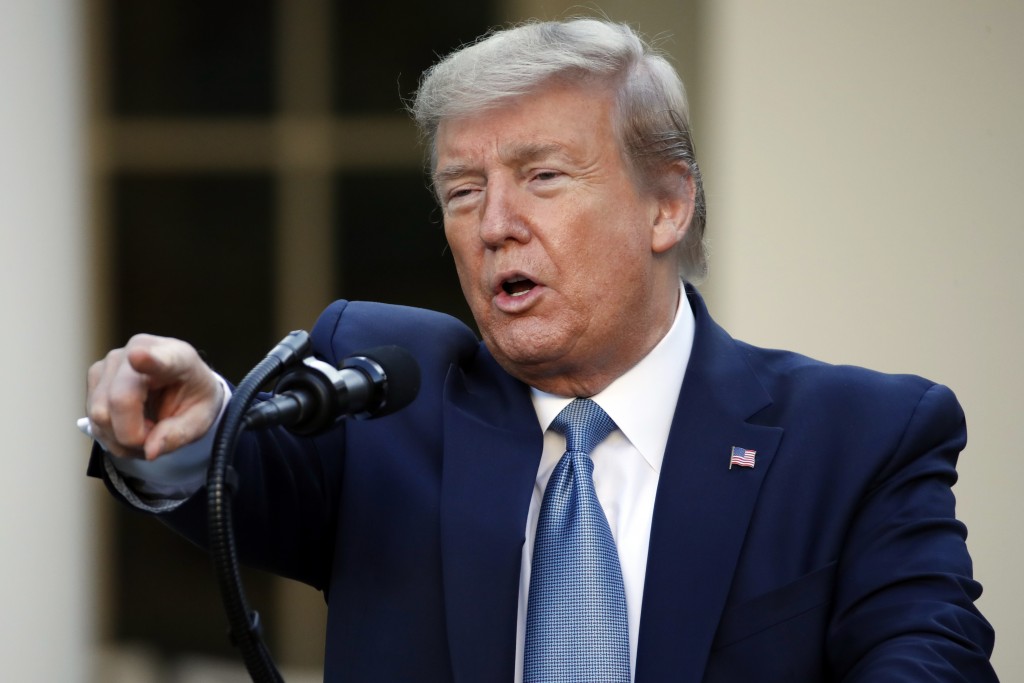 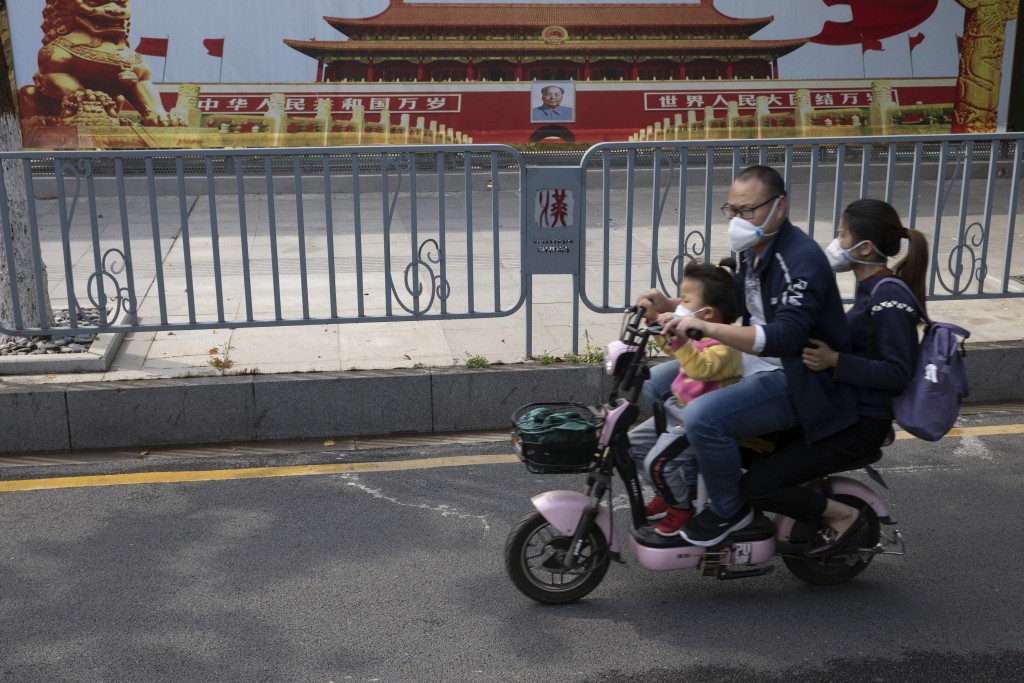 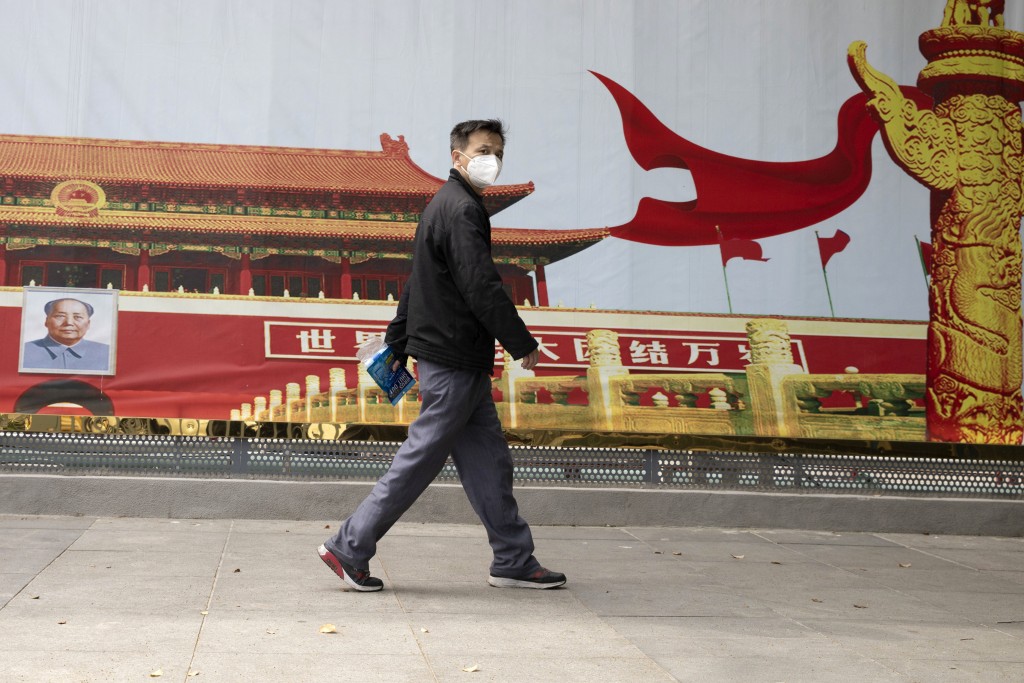 — Australia planning for business-as-usual week of Parliament in May

— UN Secretary-General urges Africa to prepare for spread of coronavirus

— Australia foreign minister: WHO needs review, but does valuable work

CANBERRA, Australia — Australia is planning a business-as-usual week of Parliament in May in an indication that the country is weathering the coronavirus pandemic better than the government had feared.

Parliament’s schedule was scrapped a week into March and a scaled-down Parliament has sat on only two days since to pass billions of dollars in emergency economic stimulus measures. After the Parliament sat last week, lawmakers were not expected to convene in the national capital Canberra again before August.

Prime Minister Scott Morrison said on Thursday he will discuss with the opposition and state leaders arranging for lawmakers to return to Canberra for a “trial week” in May to conduct the “normal business of Parliament.” The aim of the trial is for Parliament to sit on a regular basis.

Morrison told reporters: “That is an indicator of us trying to get back at least to some form of new normal.”

Obstacles include a shortage of domestic flights and most states demanding interstate travelers quarantine in hotels for two weeks.

Australia has recorded 6,457 cases of COVID-19, mostly infected overseas, but new detections have recently slowed to fewer than 50 a day. The death toll stands at 63 on Thursday with 42 patients in intensive care.

UNITED NATIONS — United Nations Secretary-General Antonio Guterres is urging stepped up efforts to prepare Africa for the expected spread of the coronavirus pandemic, warning that the continent “could end up suffering the greatest impacts.”

The U.N. chief told a video conference with African ambassadors to the United Nations in New York on Wednesday that COVID-19 “is in no way of Africa’s making.” But like the climate crisis, he said, Africa could he hurt most.

Guterres said the United Nations and African countries are working together in the fight against the pandemic, and he commended early efforts by governments to suppress transmission, control the spread of COVID-19 and prepare their economy for the virus’ impact.

CANBERRA, Australia — The Australian foreign minister says she has spoken to U.S. Secretary of State Mike Pompeo about the World Health Organization and agrees the international agency needs to be reviewed, but Australia continues to support WHO’s valuable work in the Pacific.

President Donald Trump has directed his administration to freeze WHO funding, claiming the agency didn’t deliver adequate early reports on the coronavirus and cost the U.S. valuable response time.

Foreign Minister Marise Payne told Seven Network television on Thursday: “We share some of the concerns of the United States and I do think there are areas of the operation of WHO that absolutely require review.”

Australia had made several decisions on the coronavirus’ spread based on its own health advice ahead of the WHO, Payne said.

“For example, in declaring coronavirus from our perspective as a pandemic, closing our borders, for example, in relation to travel from Wuhan, Hubei province, from mainland China very early and we were criticized by the WHO for doing that,” Payne said.

“That said, I don’t think that management issues perhaps in Geneva should have a negative impact on some of the very good work that we do in association with WHO in places like the Pacific and in Indonesia. Australia and New Zealand are currently in a very, very strong partnership with WHO in the Pacific out of their office in Suva to deliver support to the Pacific which is really, really important in the midst of a coronavirus pandemic like this and I would not like to see that thrown away.”

Australia contributed $67 million to WHO in the past two years, which is 0.75% of the organization’s total funding.

Lawmakers will make a final decision on Monday on whether to proceed with easing the restrictions. Under Ardern’s plan, primary schools would reopen but attendance would be voluntary, and some business could reopen, including drive-through and delivery restaurants. Malls and retail stores would remain closed and large gatherings banned.

New Zealand has reported 1401 cases of COVID-19 and nine deaths. The number of new daily cases has dropped significantly over the past 11 days.

SEOUL, South Korea — South Korea has confirmed 22 more cases of the coronavirus over the past 24 hours, raising the country’s total tally to 10,613 with 229 deaths.

The new cases recorded Thursday means that South Korea’s daily increase in virus infections has been below 30 for the fourth consecutive day.

The Koreas Centers for Disease Control and Prevention says in a statement that 7,757 people have been recovered and released from quarantine.

It says 14,268 people were under tests to determine whether they’ve contracted the virus.

Despite the recently slowing caseload, officials have warned about the possibility of a broader “quiet spread” with people easing up on social distancing.

The number of infections has jumped by 1,167 since Monday, mostly linked to crowded dormitories that house foreign workers from Bangladesh, India and other poorer Asian countries.

Despite successfully managing the first wave of infections, Singapore has overlooked this vast population of foreign workers who live in dormitories that typically house up to 20 men in a room with shared kitchen, toilets and other facilities. Tens of thousands of workers have been quarantined in their dormitories, while some were moved to alternative sites to reduce crowding.

The health ministry said in a statement late Wednesday that the significant rise in cases among foreign workers, that now account for about half of total infections, were expected partly due to ongoing tests at the dormitories. About a fifth of total cases were detected in one single dormitory.

The city-state of nearly six million people has imposed a partial lockdown until May 4, and made it mandatory for people to wear masks outside of their homes to curb the virus transmission. Ten people have died so far from the virus. (edited)

BEIJING — China reported 46 new virus cases on Thursday, 34 of them brought from outside the country, but no new deaths from the outbreak.

Of the domestic cases, three were recorded in the capital Beijing, which has been enforcing strict quarantine and social distancing measures. Four others were reported in the northeastern province of Heilongjiang, where authorities have been rushing to stem a new flare-up among Chinese citizens crossing the border from Russia.

China has now reported a total of 3,342 deaths from the virus among 82,341 cases. Around 3,000 people remain hospitalized with COVID-19 or under isolation and monitoring for showing signs of the illness or testing positive but not displaying symptoms.

SANTA FE, N.M. — New Mexico’s governor says the state has accepted an invitation from the White House to participate in a pilot program to improve detection and contact tracing for coronavirus infections in efforts to better isolate outbreaks.

Democratic Gov. Michelle Lujan Grisham says the offer came up in a Wednesday conversation with the White House, and that it was unclear whether other states would be involved. She says the nascent effort appears to involve the CDC and the U.S. Health and Human Services Department, along with coronavirus task force adviser Debbie Birx.

New Mexico has consistently been among the top U.S. states in testing per capita for COVID-19, while aggressively tracing infection sources and developing a customized forecast model in cooperation with two national laboratories in the state.

TALLAHASSEE, Fla. — Florida Gov. Ron DeSantis has assigned a troubleshooter to take over the state’s flat-footed response to the explosion in unemployment claims that followed mandatory business closings brought on by the coronavirus pandemic.

DeSantis announced at a news conference that he was tapping Management Services Secretary Jonathan Satter to take over the Department of Economic Opportunity’s response to the COVID-19 pandemic.

“His mission is very simple: Get assistance out as quickly as you can,” DeSantis said.

DeSantis said he was disappointed by the state’s website and phone system for receiving claims after an initial spike last month. Hundreds of thousands of Floridians who sought jobless aid encountered an online portal that crashed and phone systems that kept them on hold for hours.

DeSantis also announced he wanted to form a task force to look at ways to restart the state’s economy. He said he plans to announce members by the end of the week.

MINNEAPOLIS — The U.S. Food and Drug Administration has approved a low-cost ventilator developed by the University of Minnesota and aimed at helping COVID-19 patients breathe.

The FDA authorized use of the compact device, known as the Coventor, that was quickly developed and designed by a team of university researchers, a medical school resident and an engineer.

The developers hope the Coventor will be used in clinical settings where traditional ventilators are unavailable.

SEATTLE — The Bill & Melinda Gates Foundation has announced an additional $150 million in grant funding to help fight the coronavirus outbreak with diagnostics, therapeutics, and vaccines.

In a statement, the Seattle-based philanthropy also said it would use resources from the foundation’s $2.5 billion Strategic Investment Fund. These could be used to quickly get essential medical supplies to poorer nations and to help companies get financing to produce products in the fight against COVID-19.

Gates Foundation co-chair Melinda Gates said world leaders must unite to make sure diagnostics, vaccines and treatments are available in a fair way. The Gates Foundation previously committed $100 million to help deal with the pandemic.

WASHINGTON — President Donald Trump is threatening to use what he says is his constitutional authority to adjourn both chambers of Congress to clear the way for recess appointments to his administration.

Trump said lawmakers have made it difficult to run the federal government, saying “every week, they put up roadblocks.” He says that the current practice of conducting “phony, pro-forma” sessions of Congress so that he can’t make recess appointments is a dereliction of duty that the American people cannot afford during the coronavirus crisis.

He complains that some of his nominees have waited years for approval, though previous presidents have leveled similar complaints.

WASHINGTON — President Donald Trump says data indicates the U.S. is “past the peak” of the COVID-19 epidemic, clearing the way for his plans to roll out guidelines to begin to “reopen” the country.

Speaking during his daily press briefing, Trump called the latest data “encouraging,” saying they have “put us in a very strong position to finalize guidelines for states on reopening the country.” Trump said those guidelines will be unveiled Thursday at the White House.

The guidelines are expected to clear the way for an easing of social distancing guidelines in areas with low transmission of the coronavirus, while keeping them in place in harder-hit places. The ultimate decisions will remain with governors.