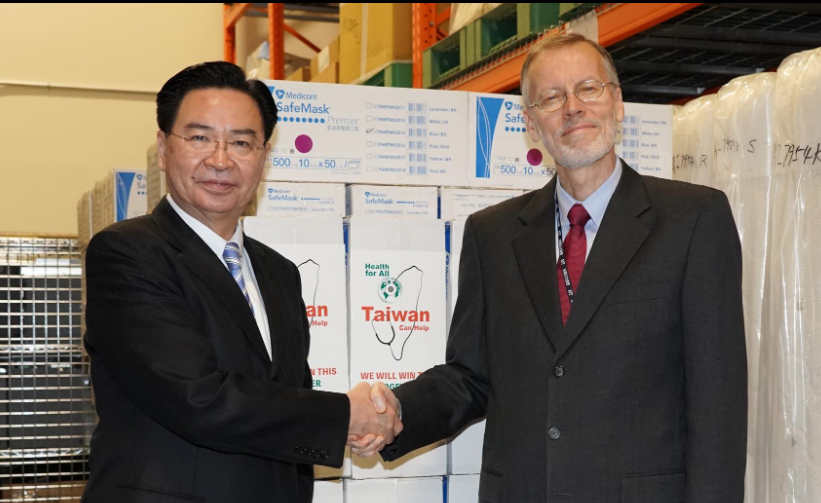 TAIPEI (Taiwan News) — The first half of the 300,000 units of protective clothing promised by the United States have arrived in Taiwan, and the island is preparing to send one million extra face masks to states hit hard by the Wuhan coronavirus (COVID-19) pandemic, the Ministry of Foreign Affairs (MOFA) said Thursday (April 16).

The U.S. had promised to set aside enough raw materials for the production of 300,000 pieces of protective clothing for healthcare workers to be delivered to Taiwan. A total of 150,000 have been completed and shipped to Taiwan, while the second half is still being planned, the Liberty Times reported.

In the other direction, Taiwan had pledged 100,000 masks a week to the U.S., with 400,000 for the month of April already having reached American shores, according to MOFA officials. A further 2 million parts of Taiwanese aid are on their way, but the island is also planning to deliver an additional 1 million to the worst-hit parts of the U.S.

The batch has been received by MOFA and will be flown to the U.S. states of Massachusetts, Pennsylvania, and Michigan. Responding to recent calls for China Airlines to change its name to let overseas recipients know the masks had come from Taiwan, ministry officials said the shipments for the U.S. would not necessarily be handled by Taiwanese airlines. UPS and FedEx were among the companies also being considered for the mission, according to the report. 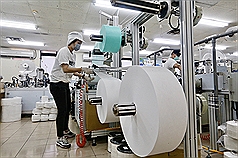